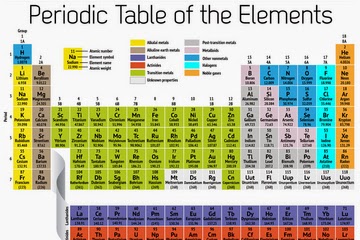 Always pleasing to add another element to the list even if it is never likely to be of any use to anyone.  What is interesting is that I now know how to go about modeling proton and neutron location in the elements and it may be possible to achieve something super heavy.  Actually making a lot of it would be important and needs to be considered.

A breakthrough must come in a single jump to a higher stable configuration with a lot more protons and special symmetries in place.  The rest will exist but as shown very briefly.  It will still be a serious fabrication challenge.  We may be able to identify a stable configuration but no obvious route.

Atoms of a new super-heavy element — the as-yet-unnamed element 117 — have reportedly been created by scientists in Germany, moving it closer to being officially recognized as part of the standard periodic table.

Researchers at the GSI Helmholtz Center for Heavy Ion Research, an accelerator laboratory located in Darmstadt, Germany, say they have created and observed several atoms of element 117, which is temporarily named ununseptium.

Element 117 — so-called because it is an atom with 117 protons in its nucleus — was previously one of the missing items on the periodic table of elements. These super-heavy elements, which include all the elements beyond atomic number 104, are not found naturally on Earth, and thus have to be created synthetically within a laboratory.

Uranium, which has 92 protons, is the heaviest element commonly found in nature, but scientists can artificially create heavier elements by adding protons into an atomic nucleus through nuclear fusion reactions.

Over the years, researchers have created heavier and heavier elements in hopes of discovering just how large atoms can be, said Christoph Düllmann, a professor at the Institute for Nuclear Chemistry at Johannes Gutenberg University Mainz. Is there a limit, for instance, to the number of protons that can be packed into an atomic nucleus?

"There are predictions that super-heavy elements should exist which are very long-lived," Düllmann told Live Science. "It is interesting to find out if half-lives become long again for very heavy elements, especially if very neutron-rich species are made."

Typically, the more protons and neutrons are added into an atomic nucleus, the more unstable an atom becomes. Most super-heavy elements last just microseconds or nanoseconds before decaying. Yet, scientists have predicted that an "island of stability" exists where super-heavy elements become stable again. If such an "island" exists, the elements in this theoretical region of the periodic table could be extremely long-lived — capable of existing for longer than nanoseconds — which scientists could then develop for untold practical uses, the researchers said. (A half-life refers to the time it takes for half of a substance to decay.)

Düllmann and his colleagues say their findings, published today (May 1) in the journal Physical Review Letters, are a step in the right direction.

"The successful experiments on element 117 are an important step on the path to the production and detection of elements situated on the 'island of stability' of super-heavy elements," Horst Stöcker, scientific director at the GSI Helmholtz Center for Heavy Ion Research, said in a statement.

Element 117 was first reported in 2010 by a team of American and Russian scientists working together at the Joint Institute for Nuclear Research in Dubna, Russia. Since then, researchers have performed subsequent tests to confirm the existence of the elusive new element.

A committee from the International Union of Pure and Applied Chemistry (IUPAC), the worldwide federation charged with standardizing nomenclature in chemistry, will review the findings to decide whether to formally accept element 117 and grant it an official name.
Posted by arclein at 12:00 AM