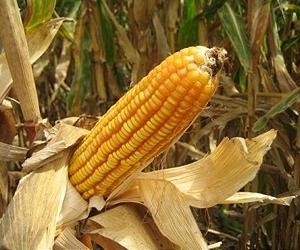 As I have inferred in the past, the Atlantean sea peoples emerged around 5000 years ago and that naturally inferred significant crop sharing as needed. Bio-char emerged in the Amazon and it also demanded a maize culture. For those reasons the antiquity of Maize in Peru really had to be approximately 5000 years. This is now confirmed.

Let me explain again just why this is important. It provided natural long term storage for food which allowed taxes to be paid in something other that labor. That it also provided food security for large urban populations is also a given but the idea of a large urban center needs a taxable currency that everyone is expected to produce.

This regime drove all antique empires. Look for it and you will find it.


For decades, archaeologists have struggled with understanding the emergence of a distinct South American civilization during the Late Archaic period (3000-1800 B.C.) in Peru. One of the persistent questions has been the role of agriculture and particularly corn (maize) in the evolution of complex, centralized societies. Up until now, the prevailing theory was that marine resources, not agriculture and corn, provided the economic engine behind the development of civilization in the Andean region of Peru.

Now, breakthrough research led by Field Museum curator Dr. Jonathan Haas is providing new resolution to the issue by looking at microscopic evidence found in soil, on stone tools, and in coprolites from ancient sites and dated with over 200 Carbon-14 dates.

After years of study, Haas and his colleagues have concluded that during the Late Archaic, maize (Zea mays, or corn) was indeed a primary component in the diet of people living in the Norte Chico region of Peru, an area of remarkable cultural florescence in 3rd millennium B.C. Their research is the subject of a paper that appears in the online Early Edition issue of Proceedings of the National Academy of Sciences (PNAS) the week of February 25, 2013..

"This new body of evidence demonstrates quite clearly that the very earliest emergence of civilization in South America was indeed based on agriculture as in the other great civilizations of Mesopotamia, Egypt, India, and China," said Haas.

Haas and his team focused on sites in the desert valleys of Pativilca and Fortaleza north of Lima where broad botanical evidence pointed to the extensive production, processing and consumption of maize between 3000 and 1800 B.C.

They studied a total of 13 sites. The two most extensively studied sites were Caballete, about six miles inland from the Pacific Ocean and consisting of six large platform mounds arranged in a "U" shape, and the site of Huaricanga, about 14 miles inland and consisting one very large mound and several much smaller mounds on either side.

The scientists targeted several areas at the sites including residences, trash pits, ceremonial rooms, and campsites. A total of 212 radiocarbon dates were obtained in the course of all the excavations.
Macroscopic remains of maize (kernels, leaves, stalks, and cobs) were rare.
However, the team looked deeper and found an abundance of microscopic evidence of maize in various forms in the excavations. One of the clearest markers was the abundance of maize pollen in the prehistoric soil samples.

While maize is grown in the area today, they were able to rule out modern day contamination because modern maize pollen grains are larger and turn dark red when stain is applied. Also, modern soil samples consistently contain pollen from the Australian Pine (Casuarinaceae Casuarina), a plant which is an invasive species from Australia never found in prehistoric samples.

A majority of the soil samples analyzed came from trash pits associated with residential architecture. Other samples were taken from places such as room floors and construction debris.

Of the 126 soil samples (not counting stone tools and coprolites) analyzed, 61 contained Z. mays pollen. (In fact, Z. mays was the second most common pollen found in the total of all samples, behind only pollen from cattails which have wind-pollinated flowers.) This is consistent with the percentage of maize pollen found in pollen analyses from sites in other parts of the world where maize is a major crop and constitutes the primary source of calories in the diet.

Haas and his colleagues also analyzed residues on stone tools used for cutting, scraping, pounding, and grinding. The tools were examined for evidence of plant residues, particularly starch grains and phytoliths (plant silica bodies). Of the 14 stone tools analyzed, 11 had maize starch grains on the working surfaces and two had maize phytoliths.

Coprolites (preserved fecal material) provide the best direct evidence of prehistoric diet. Among 62 coprolites analyzed of all types - 34 human, 16 domesticated dog, and others from various animals - 43 (or 69 percent) contained maize starch grains, phytoliths, or other remains. Of the 34 human coprolites, 23 (or 68 percent) contained evidence of maize. (The second most common grain in humans came from sweet potatoes.) Coprolites also showed that fish, mostly anchovies, did provide the primary protein in the diet, but not the calories.

The researchers concluded that the prevalence of maize in multiple contexts and in multiple sites indicates this domesticated food crop was grown widely in the area and constituted a major portion of the local diet, and it was not used just on ceremonial occasions. The research ultimately confirms the importance of agriculture in providing a strong economic base for the rise of complex, centralized societies in the emergence of the world's civilizations.

The Sea Peoples of The Atlantic Bronze Age probably were calling themselves Atlanteans, but it was because they tracedtheir ancestry and culture to the Antediluvian Atlantis. I have recently posted onmy blog that the legend of Atlantis was already current as of 5000 years ago and that the name Atlantis was in use 5000 years ago. The trouble was that it was not recognised because of the spelling, which included a dialectical aspiration (H) in front and substituted R for L (which was originally the case in Egypt)

So it is all right to think of these Sea Peoples as Atlanteans. They were simply not the ORIGINAL Atlanteans.

And Agriculture began back at the end of the Pleistocene in the ORIGINAL Atlantean era: so did protowriting in the form of clay tokens.