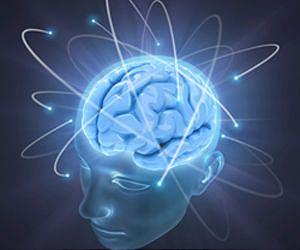 This is all early days but we can all see where this is headed. We are certainly mastering our brain in the process.

An interesting question. We think that we forget but do we? We certainly set stuff aside and move on. Yet how well do we return to the knowledge area? Are the channels open and reinforced during a revisit? We have examples of long term photographic memory that gives us a very robust picture instead.

Thus an unused pathway will open up to respond eventually to a freshly asked question. So just how does our brain order its search? That is really important. Perhaps by smell. This is biology after all.

You see my point. We really have to break out of our natural way of thinking and perhaps pick up a paint brush instead.

Let us imagine you create a question.  The cells involved send out a biochemical messengers that induce  related cells to produce synapses and connect together to establish a response.  These responses are slowly connected together until the mind becomes satisfied with the result.

If this is how it works, then the organic system is surely the optimal solution.


German scientists said they're making headway toward creating a computer that would work like a human brain, learning by itself without programming.

Researchers at Bielefeld University say they are experimenting with memristors -- electronic microcomponents that imitate natural nerves.

After constructing a memristor that is capable of learning, Andy Thomas from the university's Faculty of Physics said he is using them as key components in a blueprint for an artificial brain.

Memristors are the electronic equivalent of the brain's synapses, the bridges across which nerve cells (neurons) communicate with each other and which increase in strength the more often they are used.

Like synapses, memristors can learn from earlier impulses, Thomas said in a university release Tuesday.

Because of their similarity to synapses, memristors are particularly suitable for building an artificial brain, he said.

"They allow us to construct extremely energy-efficient and robust processors that are able to learn by themselves," Thomas said, suggesting principles taken from nature can be recreated in technological systems to develop a neuromorphic or nerve-like computer

"This is all possible because a memristor can store information more precisely than the bits on which previous computer processors have been based," Thomas said. "This is how memristors deliver a basis for the gradual learning and forgetting of an artificial brain."