Will Hypnosis Lead the Revolution in Healthcare? 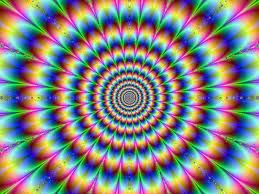 Actually yes. We are just beginning to understand energy flows and balance and that the mind can influence both. So while a target specific substance is perhaps more difficult to manage through the direction of the mind those effects are not. Even the effects of pharmaceuticals can be plausibly managed.

Remember all those old shamans and witch doctors? I wonder?

What is now needed is a search for effective protocols that begin with an assumption of success and the aforementioned processes. We are even now gaining scientific explanations that sell. I just covered the law of causation for evolutionary process. It all begins to work once you set aside the bogus idea of binary cause and effect.

I am beginning to suspect that classic Chinese medicine came down to us as received knowledge from the Atlantean world through the deliberate creation of Chinese script which preserves knowledge independent of shifting languages. It may even have arrived via deeper sources before the Atlantean World.

Will Hypnosis Lead the Revolution in Healthcare?

Today hypnotists are treating cancer and other chronic illnesses with unprecedented degrees of success. Hypnosis is on track to become the mainstream treatment for chronic illness and many other illnesses that have an origin in the mind.

People are naturally afraid of the unknown and when the affect of something is not understood it’s usually treated with suspicion. This is just human nature. In the eighteen hundreds a doctor by the name of Ignaz Semmelweis discovered that a huge reduction in deaths could be achieved at pregnancy clinics if doctors washed their hands in a chlorinated lime solution. Even though the effect of his discovery was obvious his theory was rejected by his peers because germs were invisible. Sadly, many more women died in child birth than was necessary until germ theory was later confirmed by Louis Pasteur.

The world has changed tremendously since the eighteen hundreds. We now know that invisible things do matter and are in fact the source of matter. In 1973 Max Planck announced:

“As a man who has devoted his whole life to the most clear-headed science, to the study of matter, I can tell you as the result of my research about atoms this much: THERE IS NO MATTER AS SUCH! All matter originates and exists only by virtue of a force which brings the particles of an atom to vibration and holds this most minute solar system of the atom together. We must assume behind this force the existence of a conscious and intelligent mind. This mind is the matrix of all matter.”

Of quantum mechanics Einstein said, “The more success quantum mechanics has, the sillier it looks.” The mysterious force Planck referred to is consciousness. But it really doesn’t seem all that silly anymore. The current generation of people living on this planet has grown up with “silly” and “invisible” being perfectly normal. Radio waves, TV signal, microwaves are all invisible and normal. Electricity, invisible, is old hat. Now it’s Wi-Fi, Bluetooth, Sat Nav and a growing list of technologies that are all connected by the invisible.

As our understanding of information and consciousness has grown, related applications and technologies have grown proportionately, including hypnosis. We now live in the information era and hypnosis, synonymous with consciousness has come of age. People are no longer afraid of these technologies and they are becoming more common-place by the hour. While this has been a great help to humankind in many ways, it hasn’t helped the pharmaceutical industry all that much. In fact it’s probably done the opposite.

In 1955, the same year Einstein died, an anaesthetist by the name of Henry Beecher published a paper entitled “The Powerful Placebo.” A placebo is a harmless substance containing no medicine that’s prescribed to a patient as a medicine in order to reinforce the patient’s expectation of getting better. It’s basically a way to deliver to a patient an encapsulated suggestion that the patient will get better. Beecher had personally observed this effect when treating badly wounded troops during the Second World War. Morphine supplies had run critically low and so he was astounded to watch a nurse inject salt water into an injured soldier while telling him that it was a pain killer. The salt water relieved the soldier’s pain and prevented him from going into shock. The mere suggestion that it was morphine being injected into his body caused him to feel better.

Thanks in part to Beecher’s work pharmaceutical companies now need to produce medicines that perform better than a placebo. The trouble is, due to our growing trust in the invisible, placebos are becoming more powerful! Pharmaceutical companies are finding it increasingly difficult to get new medicines approved because placebo’s work as well and sometimes better than the medicines they are testing. Even some older medicines that originally outperformed placebos are now failing to beat placebos in follow-up testing.

Pharmaceutical companies have been unable to produce as many new medicines that are effective enough to qualify for patenting. Many of the patents they hold on their old medicines are about to expire which means that these medicines will be produced far more cheaply as generic medicines. Of course this means fewer profits for the pharmaceutical companies triggering a crisis labelled “the big patent cliff”.

If a placebo is just a simple suggestion for a patient to get better, it should come as no surprise that placebos work better for children. Children are far more accepting of the invisible than grown-ups. It’s foreseeable that as grown-ups in our culture grow more comfortable with the technologies of suggestion such as hypnosis, greater use of these technologies will be made. In a sense hypnosis has been better tested than any other modern medicine on the planet, because every modern medicine on the planet is tested against placebo. Increasingly the simple suggestion wins!

If simple suggestion increasingly beats the very best efforts of the greatest pharmaceutical minds and medicines in the world, our culture will inevitably give greater consideration to how powerful sophisticated and individually tailored suggestion in the form of hypnosis can be. The people entrusted with society’s health are under increasing pressure to find faster, cheaper, safer and more effective solutions to health care. They are finding answers in hypnosis.


Hypnosis is increasingly used to treat chronic illnesses such as irritable bowel syndrome and more physicians are referring their patients to hypnotists. This is just evolution in action and the outcome is inevitable. As more studies become available confirming that chronic illnesses generally have an origin in the mind, so hypnosis will increasingly become the treatment and cure of choice in these illnesses including cancer and other so called dread diseases.