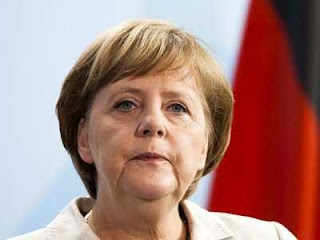 Well no. The lesson is a little more simpler than that. If you do not respect credit given then you will feel pain when it is withdrawn. Worse, your voters will now feel it directly. In short, easy credit is not a license to steal and operate corruptly with apparent impunity. You cannot protect the benefits of a civil society by such behavior.

The fundamental problem happens to be the quality of the decision making process. Worse, it does not improve as size increases. It just gets much more dangerous.

I have actually come to the conclusion that the safest level will turn out to be the natural community of around one to two hundred individuals operating on a natural apportionment of land to manage and enhance as an environmental whole. Such a unit can provide a full social solution for all ages and a baseline economic protocol. Thus credit is well served in such an environment as has been well demonstrated by the advent of micro finance.

Better maintenance of such an ethos stymies recklessness at higher levels.


One of the most disturbing angles to the Cyprus bailout — wherein the government is being forced to tax bank depositors — is this idea that Berlin is calling all of the shots in Europe.

According to multiple reports, Germany basically said to Cyprus: Tax your depositors, or you can leave the Eurozone. We're not just writing going to write a big check this time, because you're too small to really matter.

On the one hand you might say: Germany is writing the checks, so of course it can call the shots like this.

On the other hand, this look like German bullying causing a destruction of trust and wealth in the worst possible way.

Regardless of whether it's a good or bad thing, Germany is clearly sending a message.

1.     No free rides for anyone.
2.     Small country blackmail on contagion can be resisted.
3.     Narrow populism can face resistance from the countries writing checks.
4.     There is a cost to easy banking and regulatory regimes.
5.     German elections count as much as Italian.
6.     Moral hazard will not be condoned (some of the Fed/Treasury phraseology prior to the Lehman bankruptcy can be recycled).

The idea of Cyprus (which has a GDP only seven percent as big as Greece's) not being big enough to be Too Big To Fail has definitely worked against its favor.

And then the significance of Merkel's re-election (coming in September) also did not help the Cypriots. There is a growing Euroskeptic breeze blowing in Germany, with the new Alternative For Germany party gathering steam.