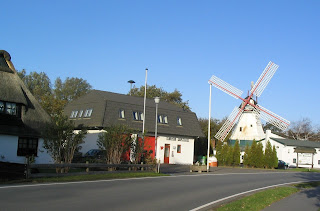 This tales reminds us of what is possible at the all important community level. Now imagine organizing society along these lines and internally capitalizing it at this level with its own self managed banking apparatus.

This success took years to assemble but it was merely a case of leadership understanding the direction his electors wished to go and actively supporting them.

What this emphasizes though is that the core objective of effective sustainability is plausible. And yes it all starts with energy and the production of a surplus to support internal expansion and wealth.

In this case, the political model sorted itself out and produced a great result. This now needs to be come the new benchmark for communities everywhere.


German Village Achieves Energy Independence … And Then Some


Wildpoldsried, Germany produces 321 percent more energy than it needs and is generating $5.7 million in annual revenue — a remarkable accomplishment for a modest farming community that has been able to invest in new municipal infrastructure without going into debt.

IN 1997, when the newly elected Mayor and Village Council of Wildpoldsried, Germany took their posts, everyone agreed that its goals should be to build new industry, keep initiatives local, bring in new revenues and create no debt. Those goals included construction of a new sports hall, theater stage, pub, and retirement house. Without going into debt, the mayor and council assumed it would take several decades to achieve. But clever thinking, a national policy that “paid back” on investments in renewable energy and a community-supported vision of environmental and economic stewardship, have led to fulfilling those goals in significantly less time. This article tells the story of Wildpoldsried, a small agricultural village in the state of Bavaria, which serves as a model of how to achieve community sustainability in the 21st century — and remain debt-free.

In 1999, the Village Council crafted a mission statement — WIR–2020, ‘Wildpoldsried Innovativ Richtungsweisend (Wildpoldsried Innovative Leadership) — which became the blueprint for how it should consider its citizens’ demands, community projects and future development and growth. In turn, the council hoped that the guidelines would inspire people to get involved, begin thinking greener and create jobs and businesses for the community. The W.I.R – 2020 focused on three main themes: 1) Renewable Energy and Saving Energy; 2) Ecological Construction of Buildings Using Ecological Building Materials (mainly wood-based); and 3) Protection of Water and Water Resources (both above and below ground) and Ecological Disposal of Wastewater.

One citizen, Wendelin Einsiedler, started talking to his neighbors and friends about the community’s direction, resulting in the formation of a civic society. At the time, he wasn’t sure where things were headed but wanted the society to be an active group that could lead the way for the new initiatives in Wildpoldsried. In 1999, the society established EW Wind Energy GmbH Hutoi to build two Enercon E-58 community windmills to produce 3.5 MWh of power. The total investment was 4.4 million Deutsch-marks (DM), comprised of 25 percent equity and about 70 percent debt and a small grant from the state of Bavaria (200,000 DM) specifically allocated for testing the two Enercon E-58 wind turbines. (The value of a DM in 1999 was about 1.95 Euros €.)

In June 2001 the society created a second company, EW Wind Energy GmbH & Co.KG Haarberg, which had 94 investors. Each investor could contribute a minimum of 5,000 € up to 25,000 €. Two windmills were constructed, producing 4.5 MWh. The total investment was 6.6 million DM, 2.5 million DM in equity and 4.5 million debt. In June 2008, a fifth windmill was installed to produce an additional 4.0 MWh, bringing total installed capacity to 12 MWh. Most recently, in May 2011, Einsiedler raised funds for a third company to install two more windmills. This investment is only available to the citizens of Wildpoldsried. The two new windmills will each have a capacity of 2.3 MW. Overall, investors in the society’s community windmill projects have been receiving a minimum of an 8 to 10 percent return on their investments, says Einsiedler.

Not long after Einsiedler received approval for the society’s first pair of windmills in April 2000, his brother Ignaz Einsiedler went to the village council for approval to build a second biogas plant on his dairy farm. The first biogas plant became operational in 1997. Two other biogas plants are operating on village dairy farms. Today, three biogas companies are operating four anaerobic digesters that produce a total of 320,000 kWh/year. “One-by-one, individuals came forward with ideas and plans to become energy independent,” says Susi Vogl, council administrator.

Even before the village council crafted a mission statement, many people were already thinking greener. As a pilot project in the fall of 1994, the third generation owner of Schellheimer, a local landscape company, built the first private natural wastewater system for his home. At the time, flooding was a big issue in Wildpoldsried and it was a constant concern for the citizens.