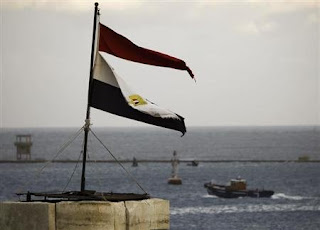 It appears that the Muslim Brotherhood still has not figured out how this new fangled democracy works.  They have just handed the opposition a stick to coalesce around and ensure half the electorate will now abandon the brotherhood.

Not only are they utterly ignoring the opinions of their own women, they are acting as if they are blind, dumb and stupid.  The universal experience of women in is highly unsatisfactory.  This is rubbing their noses in it.  Expect push back.

Morsi himself seems to be holding his own.  His association with the brotherhood smacks way too much of a marriage of convenience that has placed him into position rather than a measure of deeply held beliefs.   He has largely got it right with a few missteps.

Much of the UN’s waywardness will pale in the face of establishing a global consensus on women’s rights.  It will pass in spite of this eleventh hour maneuvering from the minority opinion.  Application is another matter but that is hardly news.  The South has still not entirely got over itself after 150 years.  I expect little better from Islam.

UNITED NATIONS (Reuters) - Egypt's ruling Muslim Brotherhood warns that a U.N. declaration on women's rights could destroy society by allowing a woman to travel, work and use contraception without her husband's approval and letting her control family spending.

The Islamist party of President Mohamed Mursi outlined 10 reasons why Muslim countries should "reject and condemn" the declaration, which the U.N. Commission on the Status of Women is racing to negotiate a consensus deal on by Friday.

The Brotherhood, which was elected to power in June, posted the statement on its website, www.ikhwanweb.com, on Thursday.

Egypt has joined Iran, and the - dubbed an "unholy alliance" by some diplomats - in threatening to derail the women's rights declaration by objecting to language on sexual, reproductive and gay rights.

The Muslim Brotherhood said the declaration would give "wives full rights to file legal complaints against husbands accusing them of rape or sexual harassment, obliging competent authorities to deal husbands punishments similar to those prescribed for raping or sexually harassing a stranger."

U.S. Ambassador Susan Rice last week touted at the commission - a global policy-making body created in 1946 for the advancement of women - progress made by the United States in reducing the rate of violence against women by their partners.

"All 50 states in our union now have laws that treat date rape or spousal rape as just as much of a crime as rape by a stranger," Rice said. "We cannot live in truly free societies, if women and girls are not free to reach their full potential."

The contrasting views show the gap that needs to be breached in negotiations on the declaration, which this year is focused on urging an end to violence against women and girls. The commission failed to agree a declaration last year on a theme of empowering rural women due to similar disagreements.

Egypt has proposed an amendment, diplomats say, that would allow countries to avoid implementing the declaration if it clashed with national laws, religious or cultural values. But some diplomats say this would undermine the entire declaration.

The Muslim Brotherhood warned the declaration would give girls sexual freedom, legalize abortion, provide teenagers with contraceptives, give equality to women in marriage and require men and women to share duties such as child care and chores.

A coalition of Arab human rights groups - from , , the , and - called on countries at the Commission on the Status of Women on Thursday to stop using religion, culture, and tradition to justify abuse of women.

"The current positions taken by some Arab governments at this meeting is clearly not representative of civil society views, aspirations or best practices regarding the elimination and prevention of violence against women and girls within our countries," said the statement issued by the Coalition for Sexual and Bodily Rights in Muslim Societies.

Michelle Bachelet, a former president of Chile and head of U.N. Women, which supports the commission, said the commission was unable to reach a deal a decade ago when it last focused on the theme of women's rights and ending violence against women.

"Ten years later, we simply cannot allow disagreement or indecision to block progress for the world's women," Bachelet told the opening session of the commission last week. "The world is watching ... the violence needs to stop."