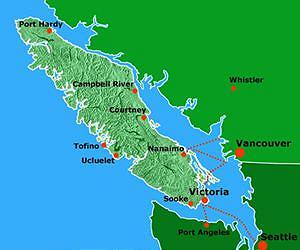 Monoculture serves precisely one master. That of the heavy equipment used to plant and harvest it. That this approach is highly vulnerable is no surprise. What we have to do now is to think through methods in which we can blend diversity into our growing regimes along with that critical diversity.

We have posted on the application of arboreal banding of crop fields. This envisages narrow tree lines set wide enough apart for two passes of the harvesting equipment. Since the actual tree line itself will be well lit, they can be pruned high and an understory can also be planted and managed along with wild ground cover. This is easily contained by tilling equipment. The strip width can be rather narrow although a greater that minimal width is likely indicated.

Orchard dwarf trees are possible although they can make equipment passage difficult. I suspect that specific species tailored to this environment will emerge. Again a treeline benefits from extensive side lighting. For that reason everything planted within the treeline can be optimized for commercial productivity.

For instance, it is easy to plant two walnut trees well apart to provide an upper story and then plant perhaps three apple trees or cherry trees in between for a middle story. For ground plantings, any number of fruiting bushes are available also leaving again enough space for diverse local weeds and grass on the ground. My point is that it can be very productive if it is then actively maintained and this takes some human effort at least.

These types of treelines can take up perhaps as much as ten percent of the crop land which may well not impact final yields at all because of natural fertilization and other positive impacts.

In the meantime this is merely my starting point and it shows us what is possible. I even found a way to apply it in Saskatchewan and that surely means that it can work anywhere.


"You don't know what you've got 'til it's collapsed." That's how University of Guelph integrative biologists might recast a line from an iconic folk tune for their new research paper warning about the perils of ecosystem breakdown.

Their research, published as the cover story in Nature, suggests farmers and resource managers should not rely on seemingly stable but vulnerable single-crop monocultures. Instead they should encourage more kinds of plants in fields and woods as a buffer against sudden ecosystem disturbance.

Based on a 10-year study, their paper also lends scientific weight to esthetic and moral arguments for maintaining species biodiversity.

The study was written by Profs. Andrew MacDougall and Kevin McCann, graduate student Gabriel Gellner and Roy Turkington, a botany professor and member of the Biodiversity Research Centre at the University of British Columbia.

Their research confirms that having lots of species in an area helps ecosystems avoid irreversible collapse after human disturbances such as climate change or pest invasion.

"Species are more important than we think," said MacDougall. "We need to protect biodiversity."

Unlike other scientists usually relying on short-term, artificial study plots, the researchers studied long-standing pasture grasslands on southern Vancouver Island for 10 years. The 10-hectare site owned by the Nature Conservancy of Canada consists of oak savannah where fires have been suppressed for about 150 years.

The team selectively burned plots to compare areas of mostly grasses with areas of mixed grasses and diverse native plants.

MacDougall said the study supports resource management strategies that increase biodiversity on land and in aquatic ecosystems. A monoculture stand of trees or crops might appear stable and productive, for example -- but it's an ecosystem that is more vulnerable to collapse, he said, adding that this study helps explain why species diversity matters.

McCann, who studies food webs and ecosystem stability, said many ecosystems are at a "tipping point," including grasslands that may easily become either woodlands or deserts.

"They're a really productive ecosystem that produces year in and year out and seems stable and then suddenly a major perturbation happens, and all of that biodiversity that was lost earlier is important now," said McCann.

MacDougall has studied the Vancouver Island site since 2000. European settlers planted grasslands there in the mid-1800s.