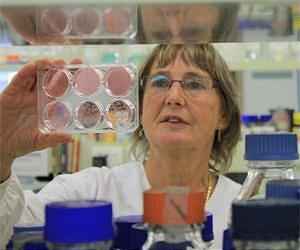 This is really good news as it clearly applies across the threat spectrum and prevents severity. It may not end the threat but it can ensure survivability. A welcome weapon and badly needed as the present protocol is a weak solution to the problem because of the time lag.

Let us hope it proves up and is available quickly. We will all feel a little safer knowing something can effectively prevent death from the disease.

After all that is essentially our strategy for diabetes for the past decades.


The new drug has been proven to be effective in preventing the spread of different strains of influenza in laboratory models - including resistant strains of the virus.

In order to infect cells, flu viruses bind onto sugars on the cell surface. To be able to spread they need to remove these sugars. The new drug works by preventing the virus from removing sugars and blocking the virus from infecting more cells. It is hoped the drug will also be effective against future strains of the virus.

According to the World Health Organisation, influenza kills approximately 500,000 people each year, with up to 2500 of those deaths occurring in Australia[1]. Costs to the Australian health care system are estimated to be more than A$85M, with more than 1.5 million work days lost annually.

CSIRO scientist Dr Jenny McKimm-Breschkin, a researcher in the team that developed the first flu drug Relenza, said that understanding exactly how flu viruses become resistant to drugs has helped them to design a better flu drug.

"With millions of poultry currently infected with 'bird flu' globally, there are still concerns about its adaptation and potential to spread among humans, causing the next pandemic," she added.

Professor Steve Withers, University of British Columbia, has led the research team for the past seven years and said that although further studies are required to determine efficacy against a broader range of flu strains, the findings are extremely positive.

"Despite recent improvements in vaccine production, when a new strain of flu emerges it can take several months before vaccines are available to the public," Professor Steve Withers said.

"This antiviral drug would play an important role as the first line of defence in modulating disease severity and in controlling a pandemic while vaccines are prepared," he added.

Details of the research have been published in a paper titled: 'Mechanism-based Covalent Neuraminidase Inhibitors with Broad Spectrum Influenza Antiviral Activity'. Researchers estimate it will take up