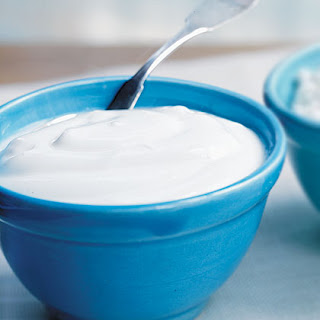 I have already shared the arclein diet as an excellent technique to timed dormancy of the small intestine. This allows us to now think in terms of establishing a regime for what we eat that is not too random or misguided.

The item strongly indicates the chronic use of a quality yogurt with the main meal.

An excellent diet is also indicted, but I do not wish to attempt an arbitrary design. They all need to be somewhat personalized. However, yogurt will clearly cover a number of omissions. That is something to take full advantage of.

Probiotics are not only powerful gut-healers - they improve bone density, study shows


(NaturalNews) A doctor of traditional Chinese medicine (TCM) once told this author that "disease begins in the gut." Ayurvedic medicine also has a similar premise. Bad or sub-optimal digestion leads to all sorts of disease. That includes disease beyond the gastrointestinal (GI) tract.


Dr. Natasha Campbell-McBride and others in Western medicine have taken this premise beyond physical ailments into the mind-body relationship with GAPS, or Gut and Psychology Syndrome, by treating mental disorders from ADD to Autism.


Their success has come from altering the diet to allow the gut to heal and good bacteria in the intestinal flora to thrive.


The word probiotic means pro-life. These friendly, life-supporting critters are killed off by antibiotics. They're absent in dead foods that comprise the standard American diet (SAD), and are genetically disturbed by GMO transfer genes and viruses.
(http://www.naturalnews.com/031825_GMOs_threat.html)

Yes, GMOs destroy the immune system through the gut and more. And when is the last time you were advised to take probiotic supplements when you were prescribed an antibiotic? That's just not part of the medical monopoly's protocol, despite ongoing research that keeps finding different important aspects of probiotic bacteria.

The study "Probiotic use decreases intestinal inflammation and increases bone density in healthy male but not female mice" was recorded in the Journal of Cellular Physiology late January 2013.

The University of Michigan State researchers fed mice Lactobacillus reuteri for a period of four weeks. Lacobacillus reuteri has been determined from other research to be effective at reducing gut inflammation and effective for treating inflammatory bowel disease.


The fact that inflammation in the gut has been associated with osteoporosis led the researchers to explore what improves gut inflammation as a possible application for bone disease.


More research was called upon after discovering this link of probiotics and bone density to determine which probiotics would be the most appropriate for each person to prescribe as a medication for osteoporosis.


Other studies have discovered the importance of probiotics for improving health in different areas.


For example, in 2011 The Cochrane Library reviewed several studies and determined that probiotics such as lactic acid bacteria and bifidobacteria could help resist or resolve upper respiratory tract infection (URTI) from colds, flus, and even pneumonia.


Several studies have confirmed the efficacy of probiotics for prolonged infectious diarrhea among children and irritable bowel syndrome (IBS).


Obviously, the left hand doesn't know what the right hand does as more and more dead food, GMOs, and antibiotics are pushed by the food and medical industry.


You would be wise to stay away from the dead and genetically engineered foods and avoid synthetic antibiotics. At least dose heavily with probiotic supplements if forced into antibiotics.

Some natural antibiotics aren't so selective with what mini-critters they kill too. You may need probiotic supplements more than once in a while.


We all need to get by with a lot of help from our little friends.