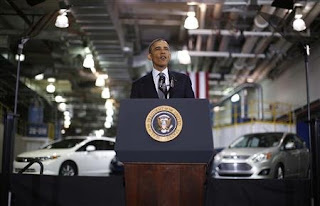 This tells us that we already have an arms race on in these weapons.  The problem is that the quality of the craft is secondary to be software and everyone can get that figured out.

It clearly allows you to fill the skies with cheap drones that can loiter and select high quality targets.  For the first time in history, command and control is squarely on the front lines.  That is how Al Qada has been hugely suppressed.

What we have is still pretty basic.  Hunter killer supersonic jets are coming next.   Worse, we are able to fill the skies.  Technology will maintain an edge, but we are headed for a real arms race.

The unintended consequence for Obama’s enthusiasm for drones is that he sold everyone out there.

The dangerous part is to prevent those making aircraft carriers obsolete.

Soon enough, we will be hot enough to duck up into space and orbit there in large wolf packs pretty well out of harms way.

What we now need is a global alliance for the regions that include NATO, , and and .  The drones are a good place to start.  The is going to have to swallow its pride here along with the rest and realize been number one is no longer good enough.

WASHINGTON (Reuters) - President Barack Obama, who vastly expanded U.S. drone strikes against terrorism suspects overseas under the cloak of secrecy, is now openly seeking to influence global guidelines for their use as China and other countries pursue their own drone programs.

The was the first to use unmanned aircraft fitted with missiles to kill militant suspects in the years after the September 11, 2001, attacks on and .

But other countries are catching up. 's interest in unmanned aerial vehicles was displayed in November at an air show . According to state-run newspaper Global Times, China had considered conducting its first drone strike to kill a suspect in the 2011 murder of 13 Chinese sailors, but authorities decided they wanted the man alive so they could put him on trial.

"People say what's going to happen when the Chinese and the Russians get this technology? The president is well aware of those concerns and wants to set the standard for the international community on these tools," said Tommy Vietor, until earlier this month a White House spokesman.

As ground wars end - over in , drawing to a close in - surgical counterterrorism targeting has become "the new normal," Vietor said.

Amid a debate within the government, it is not yet clear what new standards governing targeted killings and drone strikes the White House will develop for operations or propose for global rules of the road.

Obama's new position is not without irony. The White House kept details of drone operations - which remain largely classified - out of public view for years when the monopoly was airtight.

That stance is just now beginning to change, in part under pressure from growing public and Congressional discomfort with the drone program. lawmakers have demanded to see White House legal justifications for targeting citizens abroad, and to know whether Obama thinks he has the authority to use drones to kill Americans on soil.

On Friday, a three-judge federal appeals court panel unanimously ruled that the CIA gave an inadequate response to a lawsuit brought by the American Civil Liberties seeking records about drone strikes. The CIA had said it could neither confirm nor deny whether it had drone records because of security concerns.

The judge who wrote the ruling noted that the president had publicly acknowledged that the uses drone strikes against al Qaeda.

Strikes by missile-armed Predator and Reaper drones against terrorism suspects overseas began under former President George W. Bush and were expanded by Obama.

The ramp-up started in 2008, the last year of Bush's term, when there were 35 air strikes in Pakistan, and escalated under Obama to a peak of 117 in 2010, according to The Long War Journal ( http://www.longwarjournal.org/pakistan-strikes.php ).

That jump in use of armed drones resulted from the authorization to use "signature" strikes, which allowed targeting terrorism suspects based on behavior and other characteristics without knowing their actual identity, a official said on condition of anonymity.

Caitlin Hayden, a spokeswoman for the White House National Security Council, said the administration is committed to explaining to Congress and the public as much as possible about its drone policies, including how decisions to strike are made.

"We are constantly working to refine, clarify, and strengthen the process for considering terrorist targets for lethal action," Hayden said.

The administration recognizes "we are establishing standards other nations may follow," she said.

James Lewis, a senior fellow at the Center for Strategic and International Studies think tank, said other countries, including Russia, have unarmed reconnaissance drones. says it has an armed drone, but "we don't know if it works," he said.

"Getting agreement on the applicability of existing humanitarian law to the new technologies is crucial," he said, because and do not endorse applying laws of armed conflict to new military technologies.

One of the Obama administration's goals is to "regularize" the drone program, making it more a part of accepted practice in the future, Lewis said. "This is going to be part of warfare."

While the Obama administration moves toward refinement and transparency of standards, drone strikes continue to spark outrage in countries where they are conducted. has sought to portray civilian casualties from drone strikes as minimal, but groups collecting data on these attacks say they have killed hundreds of civilians.

A U.N. human rights investigator who is looking into drone strikes worldwide said on Friday the campaign had violated 's sovereignty.

One focus of officials' internal debate is whether to shift drone operations to the Pentagon from the CIA.

That would allow the CIA to return to more traditional operations of espionage and intelligence analysis, and put the killing of terrorism targets in the hands of the military.

It would probably be a "phased approach" that would account for differences in the threat and political sensitivities, said a second official. "There would have to be some tailoring."

In , where the military is not in ground combat, the Obama administration would probably not want drone strikes to appear as being conducted by the military.

In , there may not be the same sensitivities. military personnel are on the ground working with Yemenis in counterterrorism operations.

The has also carried out drone strikes in , , and .

"I think if they moved it, not as a covert action program, but one of the tools of the warfighter, then the result of it is probably going to be more public exposure about what they are doing," Stephen Hadley, national security adviser under Bush, said.

The "center of gravity" in internal administration debates is the goal of greater consistency on how drone strikes are managed, decided upon, and executed, the second official said.