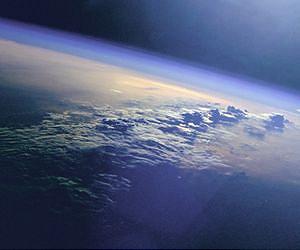 This is actually an important contribution and it will now be possible to track these waves on an ongoing basis and link observations to the present state. It also anchors long term predictive protocols allowing us to know what can be generally expected weeks ahead. Even better, when it stalls, preparations can be begun for the onset of extreme weather.

We have surely had an excellent demonstration of this phenomena over the past several weeks. We not only had a rarity in the form of hurricane Sandy, we have since been battered by extreme continental weather.

It would be interesting to know if these cycles track the forty year cycle perceived in the hurricane record. In fact, linking this all together on a global basis as the wave phenomena is surely completely global, has to be a research priority in terms of general hurricane prediction. My sense is that we have these long waves in our weather cycle and that we can successfully develop long term prediction.

The fact of long term droughts generally reinforces this idea. They are simply not random.


The world has suffered from severe regional weather extremes in recent years, such as the heat wave in the United States in 2011 or the one in Russia 2010 coinciding with the unprecedented Pakistan flood. Behind these devastating individual events there is a common physical cause, propose scientists of the Potsdam Institute for Climate Impact Research (PIK).

The study will be published this week in the US Proceedings of the National Academy of Sciences and suggests that man-made climate change repeatedly disturbs the patterns of atmospheric flow around the globe's Northern hemisphere through a subtle resonance mechanism.

"An important part of the global air motion in the mid-latitudes of the Earth normally takes the form of waves wandering around the planet, oscillating between the tropical and the Arctic regions. So when they swing up, these waves suck warm air from the tropics to Europe, Russia, or the US, and when they swing down, they do the same thing with cold air from the Arctic," explains lead author Vladimir Petoukhov.

"What we found is that during several recent extreme weather events these planetary waves almost freeze in their tracks for weeks. So instead of bringing in cool air after having brought warm air in before, the heat just stays. In fact, we observe a strong amplification of the usually weak, slowly moving component of these waves," says Petoukhov.

Time is critical here: two or three days of 30 degrees Celsius are no problem, but twenty or more days lead to extreme heat stress. Since many ecosystems and cities are not adapted to this, prolonged hot periods can result in a high death toll, forest fires, and dramatic harvest losses.

Climate change caused by greenhouse-gas emissions from fossil-fuel burning does not mean uniform global warming - in the Arctic, the relative increase of temperatures, amplified by the loss of snow and ice, is higher than on average.

This in turn reduces the temperature difference between the Arctic and, for example, Europe, yet temperature differences are a main driver of air flow. Additionally, continents generally warm and cool more readily than the oceans. "These two factors are crucial for the mechanism we detected," says Petoukhov.

"They result in an unnatural pattern of the mid-latitude air flow, so that for extended periods the slow synoptic waves get trapped."

The authors of the study developed equations that describe the wave motions in the extra-tropical atmosphere and show under what conditions those waves can grind to a halt and get amplified. They tested their assumptions using standard daily weather data from the US National Centers for Environmental Prediction (NCEP).

During recent periods in which several major weather extremes occurred, the trapping and strong amplification of particular waves - like "wave seven" (which has seven troughs and crests spanning the globe) - was indeed observed. The data show an increase in the occurrence of these specific atmospheric patterns, which is statistically significant at the 90 percent confidence level.

"Our dynamical analysis helps to explain the increasing number of novel weather extremes. It complements previous research that already linked such phenomena to climate change, but did not yet identify a mechanism behind it," says Hans Joachim Schellnhuber, director of PIK and co-author of the study.

"This is quite a breakthrough, even though things are not at all simple - the suggested physical process increases the probability of weather extremes, but additional factors certainly play a role as well, including natural variability." Also, the 32-year period studied in the project provides a good indication of the mechanism involved, yet is too short for definite conclusions.

Nevertheless, the study significantly advances the understanding of the relation between weather extremes and man-made climate change. Scientists were surprised by how far outside past experience some of the recent extremes have been. [ Why?? The most cursory review of the historical climate record outside our meager lifetimes shows ample evidence of worse extreme conditions. - arclein ] The new data show that the emergence of extraordinary weather is not just a linear response to the mean warming trend, and the proposed mechanism could explain that.