Do Statin Drugs Cause Memory Loss? 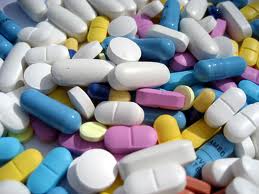 The take home is that memory impairment is an issue. It must be closely monitored and dosage levels minimized at least. Recent work also suggests that a high intake of coconut product is useful to counter the effects..

It is also correct to say that the negative effects apply to a small population and can be recognized as a possible side effect to be guarded against.

Statins continue to collect controversy and concerns. However certain critical variables have been recognized and it is high time we conducted a massive study that tracks all the attendant variables and their treatment variations. This can and will provide clear guidence.

Do Statin Drugs Cause Memory Loss?


Statins, used to lower cholesterol, are one of the most commonly prescribed drugs. You’ve likely heard that they come with a lot of side effects. But there’s one possible side effect you might not have heard too much about—the possibility that statins may cause memory loss.

If you’re like most people, you probably think of cholesterol as the villain. However, cholesterol plays some important roles in the body. Without it, your body wouldn’t be able to produce cell membranes, hormones, vitamin D or bile acids that help digest fat. Cholesterol also is necessary for cognitive and neurological function.

Based on the important role that cholesterol plays in cognitive function, it’s not surprising that reports have started to turn up that statins may damage memory.

Reports of people who have suffered severe memory problems after taking statin drugs came as a surprise to researchers and doctors, given that several studies suggest statins may actually preventdementia or Alzheimer’s. However, the evidence for statin’s possible memory-enhancing effects shows that there are just as many studies showing statin drugs don’t prevent dementia and Alzheimer’s as there are to suggest they do.

Some of the studies showing that the drugs improve memory have been done in mice. For example, the statin drug simvastatin (Zocor®) fully restored short- and long-term memory in adult mice in an animal model of Alzheimer’s disease (AD). This same effect wasn’t seen in aged mice. The statins appeared to normalize genes related to learning and memory, and had beneficial effects on neurons.1

The researchers concluded, “Simvastatin and, possibly, other brain penetrant statins bear high therapeutic promise in early AD and in patients with vascular diseases who are at risk of developing AD.”

In another study in India, this one conducted on humans, atorvastatin (Lipitor®) improved memory and psychomotor functions.2 Another human study found that atorvastatin prevented the development of dementia.3

However, plenty of other studies have reached the opposite conclusion.

One study investigated the effect of atorvastatin on memory in patients with high blood pressure, a condition known to result in cognitive impairment. Researchers found no significant difference in memory and psychomotor functions (the relationship between cognitive function and physical movement) between patients receiving atorvastatin and those not receiving the drug.4

Another study evaluated the effects of lipid-lowering agents on cognitive function in 6,830 community-dwelling elderly persons (i.e., a retirement community). Cognitive performance, clinical diagnosis of dementia and the use of fibrate (a non-statin cholesterol lowering agent) and statins were evaluated at the study’s start and after two, four and seven years. For both genders, no significant associations were found between statins and either cognitive decline or dementia incidence. This study found no evidence that lipid-lowering agents given in late life reduced the risk of cognitive decline and dementia.5

Finally, a study by University of Washington researchers followed 2,798 older patients (average age 75) who had no signoff cognitive problems at the start of the study. The researchers gave the patients memory and cognitive skills tests and noted which patients developed dementia and Alzheimer’s over six years. They also noted any statin drug use among the subjects.

The results? Patients taking statins developed dementia or Alzheimer’s at a similar rate as those not taking the drugs.6


Based on the studies mentioned above, it’s safe to say the jury is still out on whether statins improve memory or prevent Alzheimer’s. Much of the evidence, however, indicates they don’t improve memory.

Worse yet, there may be evidence that statins actually cause memory loss.

One example can be found with Duane Graveline, M.D. Dr. Graveline is a former NASA astronaut and flight surgeon who was given Lipitor® after his total cholesterol hit 280. Six weeks after he started taking the drug, he developed transient global amnesia, a form of memory loss where you can’t form new memories or remember the last syllable spoken to you. In addition, this form of amnesia affects long-term memory as well.7

Dr. Graveline’s doctors assured him his memory loss had nothing to do with Lipitor®. But Dr. Graveline stopped taking it anyway—and the amnesia didn’t return. His doctors urged him to begin taking the Lipitor® again. He finally gave in and went on half the dosage he was taking before: 5 mg instead of 10 mg. Eight weeks later, he had another episode of transient global amnesia—this one worse than before.

The amnesia episodes haven’t returned since he discontinued the drug. This convinced Dr. Graveline that statins were to blame for his severe memory problems. Since then, he has maintained a website on the subject, where 22 cases of transient global amnesia, along with hundreds of cases of cognitive damage, were reported by people writing in about their experiences after taking statins.

In addition, more than 2,000 cases of transient global amnesia associated with the use of statins have been reported to FDA’s MedWatch, and the agency required memory loss to be added as a side effect on the drugs’ labels. Dr. Graveline also has written a book called Lipitor®: Thief of Memory.

Lipitor® does appear to be the worst offender of the statins, while statins that are less fat soluble—for example, pravastatin (Pravachol® or Selektine®) and rosuvastatin (Crestor®)—may be less likely to contribute to cognitive impairment, since they can’t cross the blood-brain barrier as easily as other statins.8

Why Would Statins Rob Memories?

Statins interfere with substances important for memory formation such as cholesterol and coenzyme Q10 as well as dolichols, biochemicals that transport genetic instructions from your DNA in order to help manufacture specific proteins. Dolichols play an important role in cellular processes and influence all the hormones involved with your emotions and moods. If you don’t have sufficient dolichol, your entire process of neurohormone production will be altered in a way that could affect both your mood and your memory.

Many studies show just how important cholesterol is for the brain. In one study, researchers investigated what kinds of cholesterol are associated with better memory in 193 subjects 80 or older who were free of dementia.

In another study, rats were given either a regular diet or a cholesterol-enriched diet for two months. The researchers then determined how the two diets impacted learning and memory, as well as other effects on the brain. They found that compared to rats on the regular diet, rats fed the cholesterol-enriched diet performed better in a water maze test used to gauge learning and memory and in an object recognition test. The memory improvement came with other beneficial effects on the structure of the brain.10

Cholesterol Is Only Part of the Story

The oxidation of LDL cholesterol is something else to consider. Oxidation is the process that causes metal to rust and fats to turn rancid.

The same process can occur in your body, changing your LDL cholesterol from a form that is beneficial to one that actually damages your body. In this way, it’s not the LDL per se that damages the body but rather the oxidized LDL. Fibrinogen, C-reactive protein and homocysteine are all other factors that can play a role in whether your heart is healthy or not.

Each of those factors should be tested to ensure optimal heart health, while at the same time working on balancing levels of LDL and HDL cholesterol. The keys to make sure your cholesterol doesn’t plummet too low. Anything below 160mg/dl and you’re putting yourself at risk for cognitive decline.12 People who have cholesterol below 160 also have a risk of increased morbidity and mortality, aggressiveness and suicide.13

There are ways to balance your cholesterol naturally, including lifestyle measures. Researchers have discovered that exercise and dieting can actually encourage the production of HDL, the good cholesterol. They found that in overweight people with type 2 diabetes who started an exercise program and calorie-restricted diet, fat cells produced more of a hormone that increases HDL cholesterol production in the liver.14

Additionally, when my patients limit their consumption of refined carbohydrates (white bread and pasta and anything made from white flour) as well as sugar, agave nectar and high fructose corn syrup, their triglyceride levels plummet.

Beyond lifestyle measures, if your cholesterol is really high and you need to bring it down to a balanced level that won’t damage your cognitive function, one possible solution is guggulipid. Many clinical studies demonstrate that guggulipid effectively lowers LDL cholesterol and triglyceride levels and increases HDL cholesterollevels.15-16

Cholesterol has many beneficial effects in the body. One of those effects is brain health. Reducing cholesterol to a level that’s too low may have disastrous effects on cognitive health. There have been enough cases of statin-related amnesia reported both in the medical literature and in clinical practice among doctors, to cause concern.