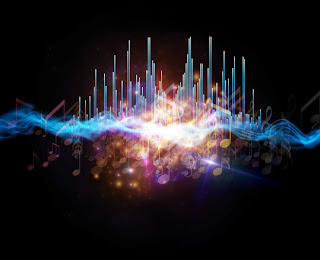 This is both amusing and makes total sense. No good old boy is going to ask either the mines department or the EPA for permission if they can help it and they most certainly have title anyway so surface rights are no problem.

The boom will have overwhelmed the original suppliers a long time ago and anything close to spec would be satisfactory. I am sure that the engineers can determine quality on site when they take delivery. (The sand has to be rounded and within a screening standard).

Thus a convenient bench on the back forty can soon become a quarry with a screener, a washer and a front end loader. A little effort and you are sending out truck loads to the drill site.

Thus we have ample potential for blasting and silence. Since the government does not tax this stuff, that part of the story goes missing and we have no records.

There will still be natural rock breaking in a stressed geology but that tends to be quite rare.  If the sound varies a lot and is arriving randomly, we are then likely dealing with geology.

Last month, we published an article stating our belief that the numerous "mystery booms" heard and felt throughout many parts of the country are linked to the mining of silica- a resource that is in high demand because of its importance in the hydraulic fracturing ("fracking") process used in natural gas extraction.
We analyzed hundreds of reports from people who experienced these unexplained tremblings and explosions and noticed the following trends:


-Virtually every location where these booms are heard occur in areas with sandstone and silica deposits.


-The timing of the  booms are directly proportional to increases in demand for "frac sand" (silica).


-No reports of these strange booms or mysterious rumblings appear before 2010.  The United States Geologicical Survey reports that "the production increase in silica sand in 2010 was largely attributable to surging demand for hydraulic fracturing sand".  Reported average prices for frac sand in the USGS Minerals Yearbook reached $50 per ton in 2010. This is significantly higher than the average price- $35 per ton.  As silica demand soared, so did reports of mystery booms.


Yet we continue to receive emails from readers who aren't quite convinced that the "silica gold rush" is behind these ongoing mystery booms.  We would like to present further evidence which supports our opinion that silica mining is responsible for the overwhelming majority of unexplained booms.


First, we must understand that there is presently a unique opportunity for illegal silica mining operations- high demand for silica, high market prices, and almost zero regulations by local and state authorities.  When all of these factors are combined, there exists an enormous opportunity for "rogue operators".  It's very much like leaving a child in charge of guarding the cookie jar, or leaving a mouse in charge of protecting the cheese.


I vividly remember my grandfather's stories about growing up in the "Coal Region" of Pennsylvania during the Great Depression.  He often spoke of being a "bootlegger" in order to earn extra money. In the Coal Region, bootlegging had nothing to do with whiskey or moonshine, but involved going out at night and picking up chunks of coal (often belonging to legitimate mining companies) until the "picker" had enough coal to sell for a profit. This allowed thousands of Pennsylvanians to make ends meet during the Great Depression, and practically the same conditions exist today: high demand for an abundant natural resource, little government oversight, and a less-than-vibrant economy.


If our theory holds water, we should expect to see these "mystery booms" taking place in poverty-stricken areas where people are eager to earn a little (or a lot) of extra money. Fortunately, this is the case.

When we examine the locations of persistent mystery booms and unexplained explosions and tremblings, not only do we see that they take place in areas with silica/sand/sandstone deposits, but we see that they primarily occur in states with high rates of poverty. To prove our point, here is a list of states which are experiencing ongoing "mystery booms", along with the state's ranking in poverty (excluding the District of Columbia), according to the United States Census Bureau:

As you can see, none of these states are near the top of the list when it comes to household income.  Of course, poverty alone does not account for all incidences of mystery booms, but it makes for one hell of a motivator, especially as the demand for frac-grade silica continues to soar.

In states with low rates of poverty, people probably wouldn't be quite as motivated to go out and blast sandstone and illegally mine for silica.  The states with the lowest poverty rates are New Hampshire, New Jersey, and Vermont- states without any ongoing "boom" events.

Not surprisingly, a large percentage of mystery booms take place during the night, late night, or early morning- times which are perfect for illegal mining.  The booms which do occur in daytime hours not surprisingly occur in areas with extensive legal silica mining operations.

If mystery booms were murders and silica mining was the prime suspect, we've thus far been able to put the suspect at the scene of the crime (silica-rich areas). We have linked the culprit to the time of the crime (high global demand for silica), and we have also established a motive (soaring silica prices).  The fact that most of theses events take place in poverty-stricken areas adds corroborating evidence. In other words, if this were a courtroom trial, we would have enough evidence for an easy conviction.


In keeping with our courtroom analogy, let's examine the possible "defenses".  UFOs?  Top secret military experiments? A highly pissed-off Mother Nature?  To the eyes and ears of a jury, these defenses would be so far-flung that only gross prosecutorial misconduct (or a drunken jury) would result in acquittal.