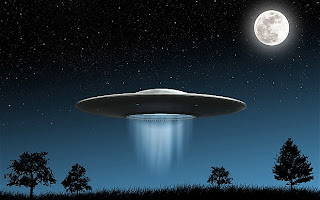 This report throws in some fresh new information. It has been clear for a long time that a number of types do come and go. In this case we get to look at a working Drive. Of course we do not expect to understand it but it can be described.

What is suggested is that this type will actively attempt communication after 1995.

what has to be said is that the apparent activity has increased hugely in the past twenty years and little of that expansion can be assigned to an increase in public awareness. Better, all material is generally hitting the internet.

A lot is inferred from a report like this. Small crews and a single drive unit not unlike expectations. Importantly it was well explored and qualified. It can be believed and assembled with comparables.

As I have posted in the past, I have described a Magnetic Field Exclusion Vessel that can operate successfully in the Solar system and represents a solid first step in reverse engineering the UFO phenomena. This article was published in Viewzone and can be found here by googling MFEV.

Alamogordo, New Mexico would be the location of a UFO encounter involving Air Force Sergeant Charles L. Moody on August 13, 1975. Moody was in the desert observing a meteor shower at about 1:15 A.M. when he saw a glowing, metallic, disk-shaped object falling toward the ground about 300 feet away.


Then it began moving slowly and steadily toward Moody. He jumped into his car but was unable to start it. The UFO came to a stop about seventy feet away. Moody could hear a high-pitched humming sound. He noticed a rectangular window in the craft through which he could see shadows resembling human forms. The noise stopped and he felt a numbness crawling over his body.


The next thing he would remember was seeing the object rising up into the sky and disappearing into the distance.


Moody turned the ignition key and his car started immediately. Terrified, he drove off quickly. When he arrived home, he noticed, to his surprise, that the time was 3:00 A. M. He felt that he had somehow lost about one and a half hours. The following day Moody experienced a pain in his lower back.

Within a few days, a rash broke out over his lower body. Upon the recommendation of a physician, he began to practice self-hypnosis in an effort to recall what had occurred during the lost time period. [ unsurprising as this was now understood as best practice - arclein]


Over the next few weeks, he was able to piece together an almost complete picture of the events. According to Moody’s subsequent recollection, after being overcome by numbness on August 13, 1975, he had observed two beings approaching his car.


About six feet tall, the creatures wore skintight black clothing. After a brief scuffle with them, he was rendered unconscious. He awoke on a slab inside the craft. His limbs felt leaden and immovable. Next to him stood the alien leader.


The latter was distinguishable from Moody’s two captors by his short stature of about five feet, and the silvery white color of his suit. However, like the others he had a large hairless head, a protruding brow, roundish eyes, small ears and nose, and very thin lips. His skin was whitish-gray.

The leader asked Moody telepathically if he was prepared to behave peacefully. When Moody agreed to do so, the leader applied a rodlike device to his back which relieved the paralysis.

Moody was taken to another part of the ship where he was shown the drive unit, a device consisting of a large rod surrounded by three glass-canopied holes. Each hole contained a central crystalline object with one rod on each side of it. One rod had a spherical head, while the other was topped by a T-bar.[ this is the first really good visual description that I have come across of a drive system – arclein ]


As he moved about the craft, Moody noticed a sweet, stifling odor. He was told that the alien mother ship was situated miles away above Earth. He was promised a future meeting with the occupants but warned that closer contact with Earth men would not be attempted for another twenty years.


The aliens told Moody that he would have no recollection of the incident until about two weeks later. The leader placed his hands on the sides of Moody’s head, rendering him unconscious once more.


An analysis of Moody’s claims by Charles McQuiston, co-inventor of the Psychological Stress Evaluator, indicated that he was telling the truth. Investigator Jim Lorenzen, however, questions a couple of contradictions in Moody’s accounts of the incident. In an early telling, Moody related that the alien mother ship was located 400 miles above Earth.

Later, however, he said it was 6,000 miles away. Another point which Lorenzen notes is that Moody at one time referred to his two captors as frail creatures, yet later described them as being six feet tall. -
Posted by arclein at 12:00 AM