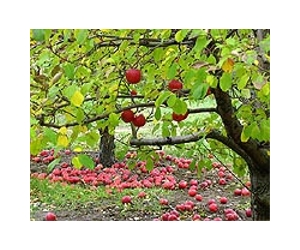 Essentially this strengthens the effectiveness of using altered males to hugely reduce pest populations. Because these males are no longer sterile, they are have normal vigor. The end result is the same ,but should be way more efficient.

The battle to suppress insect attacks continues until we can figure out a magic bell jar for our crops. Of course the natural solution is crop cycling and substantial separation while thus accepting modest predation but that seems unlikely for the big crops.

A new discovery promises to allow expanded use of a mainstay biological pest control method, which avoids the health, environmental and pest-resistance concerns of traditional insecticides, scientists are reporting. The advance toward broadening applicability of the so-called sterile insect technique (SIT) appears in the journal ACS Synthetic Biology.

Luke Alphey and colleagues explain that the Lepidoptera, a large family of insects with a caterpillar stage, cause widespread damage worldwide to cotton; apples, pears and other fruits; and vegetable crops like broccoli, Brussels sprouts and cabbage.

Farmers usually battle these pests with traditional insects, with little use of SIT, despite its many advantages. SIT involves mass release of radiation-sterilized insects, which mate but produce no offspring, thus reducing the population of pests.

Alphey's team focused on eliminating major drawbacks that discourage wider use of SIT: They include difficulty in producing male-only sterile insects without the use of radiation, which reduces their ability to compete with wild males for mates.

The scientists describe development of a synthetic genetic system that produces vigorous adult males with lethal information encoded in their sex-determination genes.

The males mate, and all the female offspring die, thus reducing the pest populations.

They developed the "lethal genetic sexing system" in two pests, the pink bollworm, which damages cotton crops, and the diamondback moth, which attacks broccoli, cabbage and other cruciferous vegetable crops. The approach could be used on other pests, as well, they state.