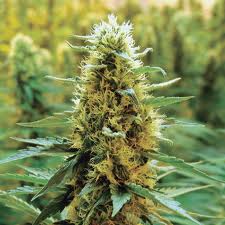 This is an informed comment of cannabis well worth reading. Momentum is presently in the direction of legalizing and regulating the proper use of this drug. It will not stop outright abuse as that is usually part of a different problem altogether.

I anticipate that the winding down of the 'war on drugs' will take years and ignorance will continue to be the preferred stance.

In the meantime individuals deal with it as they can and this looks to be a case of masking as far a arthritis is concerned.

Was I wrong to quit cannabis completely?


I recently and very publicly reported that I had quit cannabis in October 2011 after a 24-year non-stop habit of intense use, and that since mid October 2011 – now approaching 17 months ago – I have not consumed cannabis again. For details of how and why see my 18-minute TEDx presentation entitled “The War on Consciousness” (http://www.youtube.com/watch?v=9WaeMyC86Dw) and my article “Giving up the Green Bitch” (http://www.grahamhancock.com/forum/HancockG3.php).


In both, but particularly the latter, I was at pains to emphasize that the “Green Bitch”, for me, was not cannabis itself but “the abusive, self-indulgent relationship, entirely my own responsibility, that I had developed with the herb.” I also made clear that there had been a time in my life, particularly as I moved away from current affairs journalism and into the discovery of ancient mysteries, when cannabis – which I used less then – had been very helpful to me. Nonetheless many who criticized me for the article and the video presentation felt I had not paid due respect to the remarkable and well-attested medicinal benefits of cannabis as an agency of healing in a wide range of afflictions.

Recently “Linux Euskaltux”, a member of my online Facebook community, drew my attention to this article (https://www.ncbi.nlm.nih.gov/pmc/articles/PMC2562334/) published in 2006 in the peer-reviewed journal Molecular Pharmaceutics (http://pubs.acs.org/doi/abs/10.1021/mp060066m). The article reports that THC, one of the primary active ingredients of cannabis, is far superior to existing approved pharmaceutical drugs in inhibiting the aggregation in the brain of Amyloid Beta Peptide (Abeta), a key component and pathological marker of the amyloid plaques associated with the terrible scourge of Alzheimer’s disease that is presently ruining the last years of life of more and more of the elderly in our society.


As my own old age approaches (I am now 62), I cannot help but wonder whether the complete abstinence from cannabis that I have imposed on myself since October 2011 is entirely wise or whether, perhaps, I might be throwing the baby out with the bathwater by such rigidity? In this regard, though it proves nothing, I note that since I quit cannabis, although there have been many psychological and even creative benefits (documented in my video presentation and article), I am also aware of an insidious decline in my overall physical health. This relates particularly to the osteoarthritis that began to afflict my right hip from about the third month of 2012. The deterioration has been bewilderingly sudden and rapid and the condition has now become so bad that I simply cannot move without suffering severe pain and, after much investigation, have been advised that the only option is complete hip-replacement surgery which I am scheduled to undergo next month.

So (although I know of absolutely no research to back this up) I’ve now begun to ask myself whether it might have been my many years of cannabis use that protected me from osteoarthritis prior to 2012, and whether if I had managed to get my habit under control and to consume cannabis responsibly and reverently in small quantities on special occasions, rather than all hours of the day and night, I might still be arthritis-free to this day. On the other hand it is equally possible that cannabis simply took my mind off the developing pain in my hip through 2011 and after this analgesic effect was out of my system I started to notice what was happening to me. Or perhaps the whole arthritis thing is completely unrelated to cannabis, or even to my age, and this is just the price I have to pay for the many demands I’ve made on my body. It’s not the years, as the saying goes, it’s the mileage!


While recognizing its medicinal benefits for many conditions – even if arthritis is not one of them – I have a great fear of what might happen to me if I ever returned to cannabis (rather, I imagine, as the confirmed alcoholic has a great fear of “falling off the wagon”). But cannabis is not alcohol and perhaps the time will come when I can find the right way to use this interesting herb without the negative patterns of behavior that I allowed it to draw me into in the past.


In this matter, as in so many others that concern the use of ancient and sacred psychoactive plants in our society, I feel that the so-called “War on Drugs” has had most malign, vicious and unhelpful consequences. Without the distortions introduced by the drug warriors it would be possible to envisage a rational society in which cannabis and many other psychoactive plants could be explored by those who wish to do so without fear of persecution or risk of suffering draconian punishments at the hands of the State. In such a rational society, free and open research could be conducted at a much faster rate than is possible today into the many medicinal and healing benefits of these plants. And, in the case of cannabis, it would become more likely that strains in which both THC and CBD – Cannabidiol, the other active ingredient – exist in balance (as is the case with the herb in its natural state), would become more widely available. The present illegal market, which would of course be put out of business if cannabis was legalized, emphasizes a quick fast “high” above all else and has resulted in the selective breeding of strains in which THC is not adequately balanced by CBD. See here for a brief discussion of this problem –


Cannabis remains an emotional subject, even taboo to many, but in my view its positive and negative aspects both deserve wider discussion. What do you think?
Posted by arclein at 12:00 AM