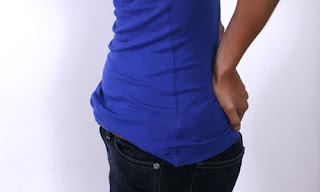 This one is a stunner. Better, if we know forty percent of cases are because of this infection, it is already likely that the problem will be even larger. This compares to the ulcer discovery three decades.

Chronic Back Pain is infection driven and thus curable.

The additional warning here is that joint injuries can create an infection site that produces pain. How about arthritis? What if chronic pain is generally driven by this easily inserted bacteria?

So it is not only about back pain but also about joint pain itself Thay shoe has not obviously dropped yet, but that is where this is going.

Antibiotics could cure 40% of chronic back pain patients

Up to 40% of patients with chronic back pain could be cured with a course of antibiotics rather than surgery, in a medical breakthrough that one spinal surgeon says is worthy of a Nobel prize.

Surgeons in the UK and elsewhere are reviewing how they treat patients with chronic back pain after scientists discovered that many of the worst cases were due to bacterial infections.

The shock finding means that scores of patients with unrelenting lower back pain will no longer face major operations but can instead be cured with courses of antibiotics costing around £114.

One of the UK's most eminent spinal surgeons said the discovery was the greatest he had witnessed in his professional life, and that its impact on medicine was worthy of a Nobel prize.

"This is vast. We are talking about probably half of all spinal surgery for back pain being replaced by taking antibiotics," said Peter Hamlyn, a consultant neurological and spinal surgeon at University College London hospital.

Hamlyn recently operated on rugby player Tom Croft, who was called up for the British and Irish Lions summer tour last month after missing most of the season with a broken neck.

Specialists who deal with back pain have long known that infections are sometimes to blame, but these cases were thought to be exceptional. That thinking has been overturned by scientists at the University of Southern Denmark who found that 20% to 40% of chronic lower back pain was caused by bacterial infections.

In Britain today, around 4 million people can expect to suffer from chronic lower back pain at some point in their lives. The latest work suggests that more than half a million of them would benefit from antibiotics.

"This will not help people with normal back pain, those with acute, or sub-acute pain – only those with chronic lower back pain," Dr Hanne Albert, of the Danish research team, told the Guardian. "These are people who live a life on the edge because they are so handicapped with pain. We are returning them to a form of normality they would never have expected."

Claus Manniche, a senior researcher in the group, said the discovery was the culmination of 10 years of hard work. "It's been tough. There have been ups and downs. This is one those questions that a lot of our colleagues did not understand at the beginning. To find bacteria really confronts all we have thought up to this date as back pain researchers," he said.

The Danish team describe their work in two papers published in the European Spine Journal. In the first report, they explain how bacterial infections inside slipped discs can cause painful inflammation and tiny fractures in the surrounding vertebrae.

Working with doctors in Birmingham, the Danish team examined tissue removed from patients for signs of infection. Nearly half tested positive, and of these, more than 80% carried bugs called Propionibacterium acnes.

The microbes are better known for causing acne. They lurk around hair roots and in the crevices in our teeth, but can get into the bloodstream during tooth brushing. Normally they cause no harm, but the situation may change when a person suffers a slipped disc. To heal the damage, the body grows small blood vessels into the disc. Rather than helping, though, they ferry bacteria inside, where they grow and cause serious inflammation and damage to neighbouring vertebrae that shows up on an MRI scan.
In the second paper, the scientists proved they could cure chronic back pain with a 100-day course of antibiotics. In a randomised trial, the drugs reduced pain in 80% of patients who had suffered for more than six months and had signs of damaged vertebra under MRI scans.

Albert stressed that antibiotics would not work for all back pain. Over-use of the drugs could lead to more antibiotic-resistant bacteria, which are already a major problem in hospitals. But she also warned that many patients will be having ineffective surgery instead of antibiotics that could alleviate their pain.

"We have to spread the word to the public, and to educate the clinicians, so the right people get the right treatment, and in five years' time are not having unnecessary surgery," she said.

Hamlyn said future research should aim to increase the number of patients that respond to antibiotics, and speed up the time it takes them to feel an improvement, perhaps by using more targeted drugs.

The NHS spends £480m on spinal surgery each year, the majority of which is for back pain. A minor operation can fix a slipped disc, which happens when one of the soft cushions of tissue between the bones in the spine pops out and presses on nearby nerves. The surgeons simply cut off the protruding part of the disc. But patients who suffer pain all day and night can be offered major operations to fuse damaged vertebrae or have artificial discs implanted.

"It may be that we can save £250m from the NHS budget by doing away with unnecessary operations. The price of the antibiotic treatment is only £114. It is spectacularly different to surgery. I genuinely believe they deserve a Nobel prize," said Hamlyn. Other spinal surgeons have met Albert and are reviewing the procedures they offer for patients.

Thank you, I've recently been searching for info about this topic for a while and yours is the best I have came upon till now. Thanks. Back Pain Doctor Escondido CA