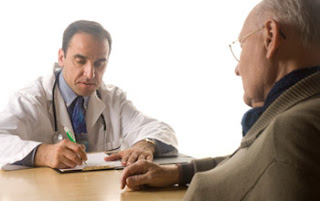 What a surprise!  The sheep are finally squealing.  Of course it is obscene profiteering driven entirely by the inability of the insurance industry to contain their own costs when everything they do is juiced on the way through and more is better for them as it rationalizes higher premiums.

We are rapidly reaching a point were tens cents of medical care is delivered for a dollar spent.  The present state easily approaches twenty five cents at best provided my comparables happen to be fairly efficient and that is unlikely.  It has been seriously unsustainable for so many years that we can not see through the pain anymore.

It needs to be radically reformed or outright abandoned.  The latter remains the most likely.

Just remember that the private insurance model as presently operated has completely failed however often they bleat.  Keeping that in mind avoids a lot of self serving lies.  Fortunately most productive people stay healthy most of their lives and avoid most of the ugly.

With some new, potentially lifesaving cancer drugs costing up to $138,000 a year, about 120 leading cancer specialists have joined forces in an unusual protest aimed at getting pharmaceutical companies to cut prices.

Charging high prices for drugs cancer patients need to survive is like “profiteering” from a natural disaster by jacking up prices for food and other necessities, leading cancer doctors and researchers from around the world contend in a new paper published in Blood, the journal of the American Society of Hematology.

Of 12 new cancer drugs that received FDA approval last year, 11 of them cost in excess of $100,000 a year—prices that the specialists attack as “astronomical,” “unsustainable,” and maybe even immoral. What’s more, only three of these drugs were found to improve patient survival rates and of these, two only increased it by less than two months, according to the Washington Post.

“Advocating for lower drug prices is a necessity to save the lives of patients,” say the specialists who wrote the paper, who specialize in chronic myelogenous leukemia (CML), but emphasize that sky-high drug costs affect patients with many types of cancer.

“Medical illness and drug prices are the single most frequent cause of personal bankruptcy” in the US, according to the specialists, where patients’ copayments on drug prices average 20 percent of the total cost of the drug. That means that cancer patients often face having to shell out $20,000 to $30,000 a year, simply to stay alive.

The specialists also note that astronomical drug prices may be the single most common reason why patients stop taking lifesaving drugs. This is particularly true for those with CML, which requires daily treatment for long-term survival.

As a result the paper says, “grateful patients may have become the ‘financial victims’ of the treatment success, having to pay the high price annually to stay alive.” One study found that 10 percent of cancer patients fail to fill new prescriptions for oral cancer drugs.

For some patients, such as breast cancer survivor Patti Tyree, medical costs—not the disease—are stealing their future. The 57-year-old postal worker inherited $25,000, but after just one round of treatment for breast cancer, nearly half of the money is gone—and bills continue to pour in, she told USA Today.

One of the more expensive therapies for CML is Gleevac, a cancer drug that generated $4.7 billion in sales last year, making it the bestselling drug for its manufacturer, Novartis. Another Novartis leukemia drug, Tasigna, had sales of $1 billion, according to The New York Times.

Some of the specialists who joined the protest were inspired by the doctors from Memorial Sloan Kettering Cancer Center (MSKCC) who refused to use a new colon cancer drug called Zaltrap because it cost more than twice as much ($11,063 on average for one month of treatment) as another drug (Avastin) without improving outcomes.

“Soaring spending has presented the medical community with a new obligation. When choosing treatments for a patient, we have to consider the financial strains they may cause alongside the benefits they might deliver,” the MSKCC doctors wrote in an October, 2012 op-ed for The New York Times about their boycott.

Subsequently, the drug’s manufacturer slashed the price by 50 percent.

Cancer Drugs Rank Among the World’s Most Expensive

The idea that "one cannot put a price on a human life” has led to wildly overblown healthcare costs in the U.S., estimated at $2.7 trillion in 2011, according to the paper’s authors, who urge insurers and government to more aggressively negotiate with pharmaceutical companies.

Many reports show that cancer drugs consistently rank as the most expensive therapies, even though some only extend life by a few months or offer no benefit over older, less expensive drugs.

The paper discussed Gleevac, which was originally priced at about $30,000 a year when it was approved in 2001. Since then, the price has tripled. However, its manufacturer told The New York Times that relatively few patients actually pay the full cost—and that the price reflects the high cost of developing new medications, which reportedly exceeds $1 billion.

Yet even doctors involved with developing Gleevac, such as Dr. Brian Druker, are criticizing Novartis, which raked in $4.7 billion in sales for the drug in 2012.

“If you are making $3 billion a year on Gleevec, could you get by with $2 billion?” Dr. Druker, now director of Knight Cancer Institute at Oregon Health and Science University, said in an interview with The New York Times. “When do you cross the line from essential profits to profiteering?”
Posted by arclein at 12:00 AM