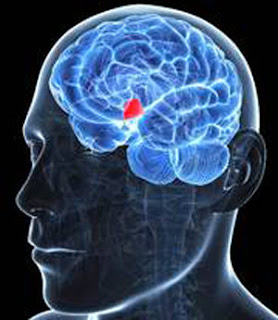 Research on aging is clearly gaining momentum. Here we have another aspect of the aging condition.

Several working protocols are already been field tested by motivated subjects as was inevitable and generally reports are favorable, if not obviously spectacular. For that reason, public enthusiasm is obviously muted.

This state of affairs will not last, simply because a number serious folks are waking up to the possibility and going for it. We are still in the dissemination phase.

I am actually quite optimistic here. This is likely to blow up fast and furious because everyone cares.

Scientists may have found the key to control aging

That's still out of the reach of science (so far), but a team of U.S. researchers may have found a way to significantly extend lifespans, by manipulating a small, almond-sized part of our brain called the hypothalamus.

The hypothalamus controls various functions of our body having to do with metabolism and the nervous system, and it works with the pituitary gland to control how we grow and develop to sexual maturity. Dr. Dongsheng Cai, a professor at Albert Einstein College of Medicine in New York, has been examining how inflammation affects the hypothalamus, and how that can give rise to illness and disease, and this latest research turns to how this could also affect aging.

To do this, Dr. Cai and his team looked at the effects of one specific chemical, called NF-κB (short for 'nuclear factor kappa-light-chain-enhancer of activated B cells'), that has a big influence on inflammation.

"Inflammation involves hundreds of molecules, and NF-κB sits right at the center of that regulatory map," Cai said in a press statement.

They also discovered that increasing NF-κB activity caused the hypothalamus to release less of a hormone called 'gonadotropin-releasing hormone' (GnRH), which the body uses in reproduction. Giving older mice daily injections of GnRH slowed their aging process, possibly by growing new neurons in their brain.

"Scientists have long wondered whether aging occurs independently in the body's various tissues or if it could be actively regulated by an organ in the body," he said in the statement. "It's clear from our study that many aspects of aging are controlled by the hypothalamus. What's exciting is that it's possible — at least in mice — to alter signaling within the hypothalamus to slow down the aging process and increase longevity."


The hope now is that this can be turned into a treatment therapy for age-related illnesses, such as arthritis, cardiovascular disease, diabetes and Alzheimer's disease, and possibly even to extend human lifespan.
Posted by arclein at 12:00 AM