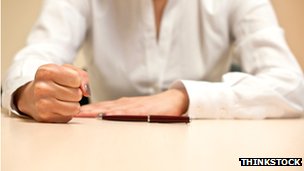 The unexpected result is that the brain is hugely affected by essentially external effects way more than seems likely. A big one for me is to know that merely walking through a door can erase short term data.

So adding a physical activity to a memory training activity is potentially useful. Part of that could be simply be that the body hates been idle while the brain is working.

There is a lot to learn here from empirical work so expect surprises.

50 right-handed students were given a list of words to learn.
They were divided into five groups.
One group clenched their right fist for about 90 seconds before memorising the list and then did the same before recollecting the words.
A second group carried out the same test, but with the left hand.
Two other groups clenched one hand prior to learning the words (either the left or right hand) and the opposite hand prior to recollecting.
A control group did not clench their fists at all.
The group that clenched their right fist when memorising the list and then clenched the left when recollecting the words performed better than all the other hand clenching groups.
This group also did better than the group that did not clench their fists at all, though this difference was not statistically 'significant'.

Memory can be improved simply by clenching the fists, a study suggests.

Clenching the right hand for 90 seconds helps in memory formation, while the same movement in the left improves memory recall, say US psychologists.

In an experiment, 50 adults performed better at remembering words from a long list when they carried out these movements.

The researchers think clenching a fist activates specific brain regions that are associated with memory processing.

Memory processing is thought to use both sides of the brain - the left for encoding memories and the right for retrieving them.

Future research will examine whether hand clenching can also improve other mental processes, for example verbal or spatial abilities, and memory of pictures and places, as well as words.

However, more work needs to be done in more subjects to be certain of the results.

Prof Neil Burgess, of University College London Institute of Cognitive Neuroscience, said a larger study was needed to be certain of a specific effect on memory.

This should include brain scans to look at blood flow to the left or right hemispheres of the brain.

Commenting on the study, published in the journal PLOS ONE, he said: "Ideally replication would use a more powerful design (i.e. more people or a within-subjects design) and include fMRI (functional magnetic resonance imaging to measures brain activity) verification of the effect on blood flow."