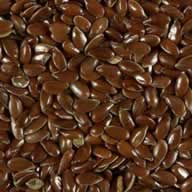 I am surprised that I have not come across this particular protocol before. I have not actually seen the supporting data claimed here and it would be informative. Adding this to a neo vegan diet and doses of the maple sryup and baking soda concoction appears to be a sound idea.

This is all hopeful and certainly will not harm the user. The user must still convert to a life of disciplined eating often after just the opposite. The chaps already doing that typically have no trouble to start with.

At least we have plenty of hopeful information for victims here and a course of action. I would not mind receiving a working diary from victims trying these protocols out. This will encourage or even discourage others, but at least provide tangible feedback.

It would also encourage me to keep beating the drums here.

Flaxseed Oil and Cottage Cheese – A Cure For All Cancers? – Amazing results reported for almost every type of cancer including many in Stage IV.

According to Bill Henderson and his book “Cancer Free”, one of the many alternative ways to cure cancer naturally is the effective and inexpensive treatment of flaxseed oil and cottage cheese. The basis for that belief is based on Dr. Johanna Budwig, a German doctor and scientist, who in 1951 proposed that flaxseed oil and cottage cheese  (FO/CC) could readily cure cancer. She went on to write numerous other books on that subject and was nominated for seven Nobel prizes.

The numbers of testimonies can be found for almost every type of cancer and tumors, including many in Stage IV, along with many examples of people declared terminally ill by orthodox medical practitioners. There are also multitudes of case histories of terminally ill patients who began making almost immediate turnarounds and have lived for several decades. Even more incredible is that Dr. Budwig herself claims to have saved patients who were within hours of dying.

Dr. Budwig’s formula is not only an effect treatment and preventative of cancer, but it is also excellent for other illnesses such as strokes, cardiac infarction, irregular heartbeat, stomach ulcers, prostate (hypertopic), arthritis, eczema and all skin diseases, lupus, old age (improves many common afflictions), and immune deficiency syndromes such as multiple sclerosis.

Before going into the specifics of what makes this concoction so undeniably effective, I want to first refer readers back to an earlier article written by me and posted on my website called “The Real Cause of Cancer”. It was about the incredibly simple discovery by Dr. Otto Warburg who won a Nobel prize in 1931 for discovering that not only is oxygen deficiency the prime cause of cancer, but that cancer cells are also anaerobic.

Anaerobic means the cancerous cells do not breathe oxygen like normal cells and therefore cannot survive in the presence of high levels of oxygen. Conversely true is that cancer cells love sugar, flourish in an acidic environment and cannot survive in a balanced alkaline environment.

From there Dr. Budwig was able to determine that it is the absence of linoleic acids in the average Western diet that is responsible for the production of oxydase which induces cancer growth and is the cause of many other chronic disorders.  The next step was the realization that using oxygen in the body is an excellent way to eliminate cancer cells and that oxygen can be stimulated by protein compounds of sulphuric content.  These protein compounds make oils more water soluble and are found in cheeses, nuts, onion, garlic, and especially in cottage cheese.

So now let me discuss just why these two unlikely products are insignificant by themselves yet when combined, become a very unique recipe described as “far and away the most successful anti-cancer diet in the world” by Dan C. Roehm, M.D., FACP who is an oncologist and former cardiologist.

The simple answer is that flaxseed oil and cottage cheese are synergistic which means that one triggers the healthful properties of the other. It is also true that cottage cheese loses all of it’s dairy properties such as casein and lactose, which enables those who are lactose intolerant to consume this mixture with no adverse affects.

Now for the ever-so- simple recipe that creates such amazing results.  Simply mix one-third cup of organic, low fat (1% or 2%) cottage cheese without preservatives, with 3 tablespoons of flaxseed oil.  This should be done twice daily or if you prefer, both batches may be taken at once.  Flaxseed oil has a very pleasant taste however I personally find cottage cheese an unpleasant experience so I prefer doing it twice daily.  And by the way, the FO/CC combination is also an exceptionally excellent cancer preventative.

To help make the mixture more palatable I would strongly suggest adding a couple of tablespoons full of blueberries, strawberries, or other fresh fruits, or even some almonds or walnuts – all of which are also good for fighting cancer by themselves.  I have even mixed in an occasional cup of organic yogurt – the kind with the fruit in the bottom.

That leads me to the issue that supplements and antioxidants are sometimes erroneously reported to be incompatible with FO/CC. The source for this problem was Dr. Budwig herself when she gave an opinion along those lines, that they might unnecessary and interfere with the desired results. It has since been confirmed there is absolutely no evidence, that there is any incompatibility, and since free radicals are a major source of damage to our cells, antioxidants are just as necessary as ever when taking this combined mixture.

Both organic cottage cheese and flaxseed oil are readily found in most health food stores however I would like to suggest two excellent sources for flaxseed oil that provide exceptionally high grade, 100% organic products. The first company is Omega Nutrition USA at 800-661-3529 and the second one is Barlean Organic Oils at 800-445-3529.  Both companies are in the state of Washington and both also offer deeply discounted purchases for cancer patients.

In closing I can only say that a cancer victim is foolish who expects to continue with a “normal” diet and get well at the same time.  Your good health and the prevention of cancer should be a lifetime commitment and if you drop the program after the two or three months it may take to heal yourself, then you may be very sorry down the road.  Once again I am quoting Bill Henderson, the noted guru for curing all cancer naturally.

May you find it within you to remember this article and share it with those afflicted by cancer.