What Everybody Got Wrong About Tesla 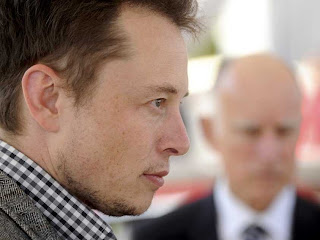 What Tesla has clearly done is produce a viable electric vehicle that the well heeled customer accepts as good enough. That positions the company for the next decades in which the massive ongoing investment in battery technology and self driving technology will converge to meet performance needs, while operating outside the traditional business model of the automobile industry.

This company is completely ready for the oncoming automobile battery that provides a range of several hundred miles. When that happens its competitors will have to face accepting the complete reworking of their whole supply chain. The hard fact is that an electric simply has far less service demands. In most cases, the motors and batteries will never fail at all and are easily replaced or repaired. At most it will be all about regular brake jobs.

Right now a viable battery could be delivered almost anytime as the work is well advanced on several working protocols with even better ones in the wings been explored. It is going to happen and when it does, the market could absorb a billion such cars if the price is then competitive or better.

What Everybody Got Wrong About Tesla

http://www.businessinsider.com/a-history-of-tesla-hate-2013-5
It's an incredible feat.

Business Insider's Henry Blodget summed it up thusly: "What Tesla has accomplished over the past decade is extraordinary... So far, anyway, Tesla is a great American success story, and everyone should be rooting for it."

Just a few weeks ago, we were calling out CEO Elon Musk for misconstruing its pricing scheme. And in February, we had concurred with the New York Times' pessimistic take on electric cars.
Now we know better.

Deutsche Bank's Dan Galves told us the trick to Tesla surmounting the critics was its ability to turn an ostensibly startup product to look like all the other guys' vehicles:

We think versus comparable vehicles — the BMW 5 series, the Mercedes E class...buying the Model S, you don't really have to compromise versus those types of vehicles developed over decades. It's been very impressive in terms of engineering this car, and making it something that people are really demanding right now.

We're not the only ones who are eating crow. Lots of people banked on Tesla failing.

The rips have come in four basic flavors:

Tesla has basically beat back each.

Let's look at the idea that Tesla couldn't design a car that felt like a car. The vanguard of that charge came from Dan Neil, who while still with the LA Times called the Model S "a glorified golf cart":
"The windows are fixed in their frames," Neil wrote. "The power-steering motor groans. The seating position and outward visibility make a Lamborghini feel spacious. The car's signature design flourish -- a 17-inch, touch-screen control panel with haptic feedback in the center console -- may not even make it to production, concedes Tesla designer Franz von Holzhausen."

Tesla basically responded by saying that as long as you get the technology right, the style doesn't really matter. Musk leveled this exact charge at rival Henrik Fisker:

...he is a designer or stylist… he thinks the reason we don’t have electric cars is for lack of styling. This is not the reason. It’s fundamentally a technology problem. At the same time, you need to make it look good and feel good, because otherwise you’re going to have an impaired product. But just making something look like an electric car does not make it an electric car.

Another issue preventing many from seeing Tesla's potential was Musk himself, who's proved to be a bit of an oddball over the years. At one point, for instance, he went on a bizarre Twitter rant about Catherine the Great's death. Also, he evidently loves the band Linkin Park.

"Musk, put simply, is a little bit weird and always has been," author Carl Hoffman wrote in Smithsonian a few years ago. "What appears brash self-confidence is simply precocious intelligence and a strangely literal mind mixed with a deep urge to change the world."

But for everyone who saw awkward arrogance, there were those who recognized the hallmarks of a genius. Here's Steve Milunovich, a tech analyst now with UBS, comparing Musk to the most famous technologist of the latter 20th century:

The auto industry might change more in the next 10 years than the last 100. Electric vehicles represent a new category that Tesla could lead given that new entrants tend to win when disruptive technologies emerge. In our view, CEO Elon Musk may be similar to Steve Jobs in being a technology visionary also able to manage and create shareholder value.

Many also believed Tesla could not survive without public financing — Slate's Matt Yglesias just wrote this the other day.

But Tesla never denied how dependent they remain on subsidies for electric vehicles. And they've pretty much received every loan or tax rebate that they said they would — check out Tesla's exhaustive list here; even the unlikeliest states have rebates.

Also, the video below proves the state of California will be highly tolerant of Tesla speed bumps:


Finally lots and lots of people believed Musk's cars simply wouldn't sell. This wasn't going to be unique to Tesla — the future of electric cars in general seemed dicey. It's just too easy to get gas, and the market would remain limited to, as we said in February, "tooling around their neighborhoods or cities — or, with uber-rich drivers, for impressing their friends with a gorgeous, unusual, and sexy rich person's toy."

But the Wall Street Journal's Justin Lahart nicely reframes what the actual expectations were on this — build a car to prove it works, sell it to high-end buyers, and finally produce a model for the masses. The result:

"Tesla has completed the first step, and looks likely to accomplish the second," said Lahart.  "It now expects to sell 21,000 cars this year, more than the 20,000 it has said it needs to be profitable."

The third step does remain a hurdle.

Googling "Tesla" and "too expensive" shoots out 209,000 responses. As Reuters' Deepa Seetharaman notes, everyone's waiting to see if Tesla willhave its Model X crossover next year.

And a third-generation car that will cost between $30,000 and $35,000 won't be ready until 2017. "They have to continue to grow by orders of magnitude before they become a real car company," Tom Gage, the former CEO of AC Propulsion, told Seetharaman.

But the growth is there.

In its earnings report, Tesla said it notched record sales of $562 million, up 83% from last quarter. It now expects U.S. demand to exceed 15,000 units for 2013, and global demand to surpass 30,000.
We are not suggesting there won't be further bumps.

But it's clear Elon Musk has the drive and resources to make Tesla part of the establishment.