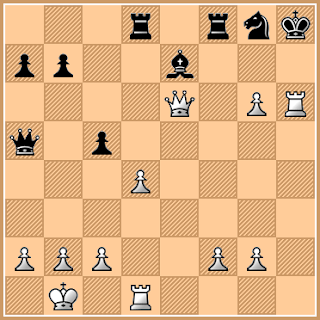 This is a worthy article that powerfully reminds readers that looking for a clear decision point from market driven data is impossible an d naturally risky. Worse, we can organize and classify all that data to produce trends that are briefly real. Yet that same trend swiftly brings about a dynamic response from other decision makers.

Thus naturally analysis of the data produces counter trends that mitigate the analysis and we are forced back to tossing coins.

What needs to be understood though, is that alterations in the foundational structures will produce alteration in the outcomes. By this I mean choices in money supply, capital access, interest rates, taxes and the list goes on. Better it also includes setting a minimum wage distribution system and similar distribution schemes.

In short, if you wish to achieve a better outcome, it can not be done safely by simple fiat but it can be done by adjustment of key parameters to disturb the market in a favored direction.

Thus providing a viable credit system for student loans in the early sixties produced a huge expansion of the middle class and income tax revenues. It also produced a funding model for those schools that have seen costs been promoted upward ever since. It may no longer be viable.

We’ve all seen old photos and film clips of people trying to fly like birds. Each of these aspiring aviators has wing-like things strapped to his arms. But no amount of flapping, however furious, ever gets him airborne like the birds he’s trying to imitate.

The man dressed in wings observes a flying bird and then analogizes his own limbs and muscle movements to what he supposes, from his observations, are those of the bird. But the human is misled into thinking that because he’s intelligent and has some body parts that are more or less analogous to a bird’s body parts, he can easily enough mimic the bird’s body and movements and thereby achieve flight.

Of course this man is deeply mistaken. Despite our smarts, we humans can observe only a tiny fraction of the details that enable birds to fly. We can with our naked eyes observe only the most obvious, large, “macro” details (“bird flaps limbs that extend from bird’s upper torso”; “bird’s flapping limbs are made of lightweight, flexible, overlapping things that we call ‘feathers’ ”). But the amount of detail that we don’t—that we cannot—observe through simple observation is overwhelming. The bird’s musculature; its cardiovascular system; the weight, positioning, and minuscule maneuverings of its tail—these and countless other relevant details aren’t observed.

We see only an animal extending itself horizontally, flapping its limbs, and then, voila!, it is safely and gracefully airborne!

Modern science and technology, of course, have taught us why we cannot simply strap on wings and fly like birds. We now understand just how numerous, and unobservable to the naked eye, are the details that enable birds to soar. The exact positioning and strength of a bird’s wing and tail muscles; the bird’s blood pressure; its sensory receptors that alert it to changes in wind direction—science reveals to us (some of) these myriad details and teaches us that they are indispensable to that bird’s ability to fly.

The common reaction to scientific revelations of the enormous complexity of the flight of a seemingly simple sparrow is to admire nature’s handiwork. Such fine-tuned intricacies—yet all the creation of natural selection!

And our admiration properly prevents us from supposing that that our newfound scientific knowledge of birds gives us power to fly by flapping our wing-dressed arms. (To fly we rely on quite different principles, most commonly fixed-wing aviation.) Awe-struck by nature’s handiwork, we correctly realize that even some really smart Leonardo or Einstein could not possibly match, and much less outperform, “mindless” natural selection at creating a real flying bird.

Unfortunately, the same wisdom that guides our understanding of biology all too often abandons us when we contemplate the economy.

Attempts to centrally plan economies, or even to intervene in major ways into market economies, are very much like humans’ attempts to fly by dressing like birds and flapping fake wings: utterly futile, and potentially calamitous, because the most that can be observed of any successful economy are a handful of large details (assembly lines, retail outlets, money). Consciously calling into existence steel factories, wheat farms, supermarkets, currency, and other apparently obvious keys to economic success, and then trying to get these things all to work together to achieve economic takeoff, is akin to a man strapping sheets of fake feathers to his arms and legs and trying to fly. The effort simply won’t work, even if it appears to the untrained eye as if it should.

A market economy is indescribably vast and complex—its success depends on so many intricate, changing details all somehow being made to work smoothly together that the “facts” that are essential to its thriving cannot be catalogued with anywhere near the completeness that can be achieved by a 21st-century scientist studying and cataloging the “facts” that enable sparrows to fly. A sparrow is complex compared, say, to a limestone rock. Compared to the modern market economy, however, a sparrow is extremely simple.

A surge in the supply of steel in Detroit for the month of October 2012—an uptick in consumer demand for a specific color of car and a downtick in demand for another color—the possibility of using a new financial instrument to spread investment risks more widely—unexpected difficulties in hiring workers who possess a certain set of skills—an innovation that lowers the costs of advertising—an electrical failure that threatens to shut down for several days a section of a factory—a trucking company that discovers it underestimated the fuel costs of delivering 1,000 new automobiles to dealerships throughout New England. . . . Dealing with details such as these—details that Hayek called “the particular circumstances of time and place”—is not incidental to the success of a modern economy; it is of the essence.

Yet no observer or planner or regulator can see and catalog all these highly specific facts. The facts—each of which must be dealt with—are far too numerous at any moment for an observing scientist to catalog even if that moment were to be frozen for decades. Greatly intensifying this complexity is the reality that these facts are forever changing. A moment from now many of these facts will be different from what they are at this moment.

Nevertheless, too many people, including politicians, continue to believe that because they can observe a handful of bulky facts about the economy, they can thereby know enough to intervene into that economy in ways that will improve its operation. That belief, though, is hubris. It’s very much like believing that you’ll fly if you simply strap on a pair of wings and commence to flapping madly.


http://www.fee.org/the_freeman/detail/inconceivable-complexity#ixzz2Ryw9Et6c
Posted by arclein at 12:00 AM