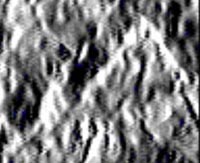 Another major city has been found and it is noteworthy that the real scope of these civilizations is becoming progressively accepted. I have put out a conjecture that the plausible population of precontact Americas approached 100 million. This item shows us that the amazon could be 20 millions.

Now I also do not think that it actually reached 100 million but do think that the lower bound is also much higher than 20 million.

The only thing capable of decimating this population long before serious contact would be a disease like the bird flu. We have generally blamed human contact except that is a lousy way to spread disease. People get wise and take protective action. Then they produce babies as fast as possible to quickly recover. Bird flu however soon infects agricultural animals and the environment itself becomes infected.

Actual human contact took place sporadically after the collapse of the Bronze Age. For that reason the idea of contact needs modification. It took actual invasion and displacement to over ride protective management which often meant merely fleeing into the woods until it settled down. That was no solution if your lands then became occupied and another disease vector then hit.

Bird flu by passes all that and massively weakens every community and particularly it attacks those in their prime and that includes mothers. We had a nasty taste of it in 1918 and we are now well aware of the threat. It is not satisfactorily solved yet but I suspect that it will be.

Contact was bad and ugly, but vulnerability was also terribly real. We have a number of accepted disease paradigms here that at least need to be revisited.


Using a new imaging technique that enables photography of the ground through the cover of the jungle, explorers have discovered extensive ruins in the Mosquitia region of Honduras that are probably the source of rumors about a great city that has become known as Ciudad Blanca, the White City. Lidar imaging of the area has revealed extensive ruins, and suggests that human civilization in Central America must have been much more extensive than now believed. Author Douglas Preston, who accompanied the Lidar overflight expedition that revealed the ruins, writes in the New Yorker that "the Mosquitia of today looks inhospitable, but in pre-Columbian times it was probably more like a vast, tended garden."


The same appears to have been true of the Amazon rain forest, where extensive ruins suggesting the presence of an advanced civilization have been located. Infertile jungle soils throughout the region have been extensively altered by ancient human enrichment efforts, and the region is believed to have once supported a population of around 20 million, far more than today.


Ciudad Blanca was first mentioned in a letter from Hernan Cortes to Spanish Emperor Charles V. Cortes was never able to find it, and subsequent expeditions over the next 450 years turned up only scattered evidence. The ruins are located in what is now one of the most inhospitable jungles in the world.

It has now become clear that Central and South America were much more extensively developed and populated in pre-Columbian times than previously believe. At present, little is known about why these peoples disappeared. It has been theorized that the Mayan civilization was destroyed over the course of the 10th and 11th centuries AD by drought, but what happened further south is not understood. Clearly, though, the population of the Americas from Mexico southward plummeted at some point prior to the arrival of the Spaniards.


Lidar promises to create an archaeological revolution involving all areas of the planet extensively covered by forests and jungles. It works by pulsing millions of laser beams to the ground, some of which strike the earth through holes in the forest canopy. The images that bounce back are then connected using digital techniques, with the result that remains hidden by the forest cover can be identified for later ground survey by archaeologists.


Extensive ruins dating from the distant past have also been discovered in Peru.


The Mosquitia region of Honduras, like all Central American rain forest, is threatened by illegal logging, and it is possible that the ruins will be destroyed along with the forest, and looted, before any real archaeology can be done. It may be that the only remains of this once proud and now mysterious civilization will be the Lidar images themselves.


The image accompanying this article is a Lidar image of the region, showing surface features hidden by the jungle canopy.