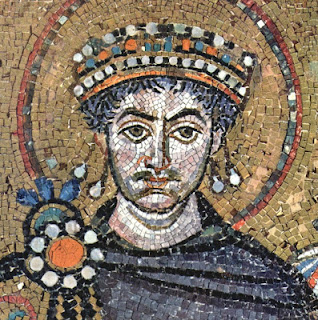 That at least puts that question to rest.  The plague likely remained in the background between eruptions that were possibly triggered by mutation.  It is noteworthy that what historical writings that I have come across often appear to be describing a somewhat different disease in different eras yet unmistakably still the plague.

Modernism will ultimately crush this problem as we steadily squeeze the rat into the edges of our world.  The process will now be well underway in both and .

We are recently rather nervous about bird flues, yet these have been propagated continuously forever.  It would be instructive to also map their impact over time.  I would like to know that 1918 was exceptional or if that was also key to the huge die offs in the .  There were dramatic local events that we know of, but direct propagation is typically self limiting in primitive societies.  Bird flue is much more convincing.

Justinian' plague was important because it collapsed the population of the Roman Empire, from which they never really recovered.

Ancient DNA analyses of skeletal remains of plague victims from the 6th century AD provide information about the phylogeny and the place of origin of this pandemic.

From the several pandemics generally called 'pestilences' three are historically recognized as due to plague, but only for the third pandemic of the 19th-21st centuries AD there were microbiological evidences that the causing agent was the bacterium Yersinia pestis.


"For a long time scholars from different disciplines have intensively discussed about the actual etiological agents of the past pandemics. Only ancient DNA analyses carried out on skeletal remains of plague victims could finally conclude the debate," said Dr. Barbara Bramanti of the Palaeogenetics Group at the Institute of Anthropology at Johannes Gutenberg University Mainz (JGU).


About two years ago, she headed the international team which demonstrated beyond any doubt that Y. pestis also caused the second pandemic of the 14th-17th centuries including the Black Death, the infamous epidemic that ravaged Europe from 1346-1351.


Bramanti and her Mainz colleague Stephanie Hänsch now cooperated with the University of Munich, the German Bundeswehr, and international scholars to solve the debate as to whether Y. pestis caused the so-called Justinianic Plague of the 6th-8th centuries AD.


The results of ancient DNA analyses carried out on the early medieval of in were published last week in PLoS Pathogens. They confirmed unambiguously that Y. pestis was indeed the causing agent of the first pandemic, in contrast to what has been postulated by other scientists recently.


This revolutionary result is supported by the analysis of the genotype of the ancient strain which provide information about the phylogeny and the place of origin of this plague. As for the second and third pandemic, the original sources of the plague bacillus were in .


To further investigate this and other open questions about the modalities and route of transmission of the medieval plagues, Bramanti has recently obtained an ERC Advanced Grant for the project "The medieval plagues: ecology, transmission modalities and routes of the infection" (MedPlag) and will move to the Center for Ecological and Evolutionary Synthesis (CEES) at the of in .
Posted by arclein at 12:00 AM