Man Clinically Dead For 40 Minutes Brought Back To Life 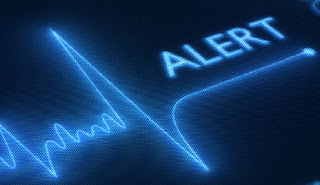 I had the good fortune of receiving twenty minutes of properly applied CPR and was then successfully resuscitated several years ago. In London we have had someone go an astounding two and one half hours and walk out after. I do not know if I was the first known example but the case was so clear that it brooked no further discussion. Since then we have seen a global change over take place in medical thinking and the emergence of resuscitation practice.

This is from this item on the way to becoming very effective and very portable. A mechanical cpr machine will be in ambulances and we may even be able to tuck in a blod circulation machine while we are at it.

However, present practice with CPR takes advantage of hydrostatic pressure variation to jostle blood cells and thus allow continuing oxygen up take while in the coma state. That is good enough to get most observed victims to hospital.

Recall around ninety percent or more of victims who succumb to a heart attack outside a hospital simply have not made it. I think resuscitation will restore most of those victims from what we already know.

Man Clinically Dead For 40 Minutes Brought Back To Life

An Australian man dead for 40 minutes after going into cardiac arrest was brought back to life thanks to a new breakthrough resuscitation method.

The miracle comeback happened at The Alfred hospital in Melbourne, which has been testing a method using both mechanical CPR machine that performs chest compressions and a portable heart-lung machine to keep oxygen and blood flowing within the body. This keeps the body from suffering permanent disabilities while doctors work to restore heart function.

The result was a man dead for 40 minutes coming back to life.

Colin Fiedler, 39, went into cardiac arrest last June, and, for 40 minutes, he was clinically dead before finally being revived.

“I’m so grateful, more than I could ever say,” he told the Herald Sun.

It was be chance that he happened to be in the right place. While in the ambulance, paramedics asked him which hospital he wanted to go to, and he picked the right one.

“For some reason, I said The Alfred, which is pretty lucky, because they are the only one that has it,” he said.

The life-saving method could soon spread. Physician Professor Stephen Bernard said two years of trials have proven how effective the method can be, and he now hopes it will spread beyond Melbourne.

The company that makes the chest compression machine has already offered to make more of them.

“We are looking to where to best implement these machines around Melbourne,” he said.

Fiedler said his life has changed since being brought back from the edge of death. He has quit smoking and said he no longer stresses over the unimportant things in life.

The man who was dead for 40 minutes hasn’t been the only lucky one. There have been a total of seven cardiac arrest patients revived at The Alfred using the two-step combination of chest compressions and oxygenation. Two others were also dead for between 40 and 60 minutes.
Posted by arclein at 12:00 AM