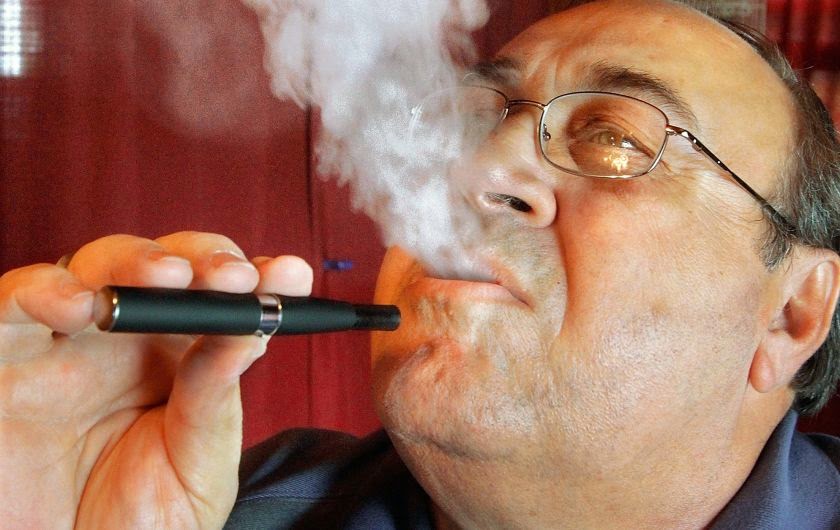 For once we see a preemptive strike against bad policy coming long before we even see the bad policy.

What the e-cigarette represents is a clear transitional step in the regulation and the management of outright smoking.  It may even be a major breakthrough and may allow safe use of a number of underlying chemicals for recreational and therapeutic use.

I essentially support the technology but I adamantly promotion of the practice itself in any way shape or form.   It is bad enough that we promote good old alcohol which at least in modest quantities may even be very beneficial.

The World's Top Scientists Just Issued a Surprising Statement on E-Cigarettes
By Tom McKay  May 30, 2014

The news: Fifty-three scientists have written to the UN's World Health Organization Director General Margaret Chan cautioning her not to classify e-cigarettes as tobacco products, which would then lead to stricter regulatory controls on the nascent industry.

The scientists say that e-cigarettes are "part of the solution" to worldwide tobacco addiction.

"These products could be among the most significant health innovations  of the 21st century — perhaps saving hundreds of millions of lives. The urge to control and suppress them as tobacco products should be resisted," they said.

"Policies should be evidence-based and proportionate to risk, and give due weight to the significant reductions in risk that are achieved when a smoker  switches to a low risk nicotine product."

Leaked documents demonstrate that the WHO views electronic cigarettes as a "threat" to global health  and desires to classify them as regular tobacco products under the Framework Convention on Tobacco Control (FCTC); 178 countries are party to the agreement, and regulation could threaten some of the $3 billion in worldwide sales posted in 2013. Big Tobacco for once is backing the scientists, insisting the devices allow smokers to have a less-risky alternative. (Major cigarette companies, of course, see e-cigarettes as both a major potential competitor and the future of the industry.)

On the other hand, a London study surveyed 5,863 smokers  over five years and found that e-cigarette users were 60% more likely than those who used other over-the-counter solutions to quit. The results found that 20% of e-cigarette users were no longer using traditional cigarettes, compared with 8% of users who used other products and 17% who used nothing at all and just went cold turkey.

Study author Jamie Brown is "cautiously optimistic" about the potential harm-reduction uses of e-cigarettes but "the trade-off is we cannot definitively rule out that an unmeasured factor may have influenced the result."

A more recent study published in the journal Tobacco Control surveyed 60 daily smokers aged 18-35 and found that passive exposure to e-cigarettes was associated with a significantly higher desire and urge to consume both e-cigarette and real cigarette smoke.

"It's important to note that there could be effects of being in the company of an e-cigarette user, particularly for young smokers. For example, it's possible that [it] may promote less quitting," says lead author Andrea C. King, director of the Clinical Addictions Research laboratory at the University of Chicago.

"The results provide the first evidence in a controlled setting that [e-cigarette] exposure may evoke smoking urges in young adult daily smokers," the authors of the research say.

For some, the potential benefits of e-cigarettes far outweigh the harms, and there's no evidence that regulating them as harshly as real cigarettes would be beneficial to society.

"There simply is no product on the market that's more dangerous than tobacco cigarettes, and nobody in their right mind would argue that cigarette smoking  is less hazardous or even equally hazardous to vaping," said Michael B. Siegel, a community health sciences professor at Boston University who specializes in tobacco control.

Big Tobacco is big on whatever allows them to keep selling tobacco products en masse and are keen to reform their terrible public image by supporting harm reduction technology. Scientists for the industry are working on harm reduction devices like an electronic sleeve that burns tobacco at a lower temperature, supposedly preventing harmful tar from entering the lungs.

Why you should care: This really is the future of tobacco smoking. Few would claim that e-cigarettes are as dangerous as real cigarettes, but the data is still out on whether they really are the panacea the e-cigarette industry claims they are. And regulation may be coming, or be quashed, before scientists adequately understand their effects.

Not that any governing body in the world will listen to a real scientist. They view scientists as voodoo witch doctors and hard data as magic intended to enchant the innocent. e cigarette perth western australia

Thanks for sharing such valuable content. I have gone through the entire article and very much impressed. I am not a user of e-cigarettes but am using herbal vape based formulation which contains natural dry herb. This is a good formulation as a substitute for smoking. It has a quick onset of action and has no side effects. I am using this for the last 3 months and it is simply awesome.