Thoughts on the Third Eye with Doc Sutter 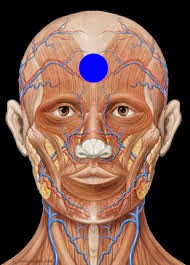 Thanks for these insights.  They are very important and most important is that we can all access this ability.  What is just as clear is that there is little proper guidance because we have all been in denial.

What makes it harder is that it is also clear that we need the guidance.  The evil spirit does exist and spirits generally must not be trusted to have a whole truth.  What has to be understood is that spirits as we encounter them are generally human and are plausibly no better informed  than when they left the physical.  They can pay attention and help or not as well.  A novice is terribly vulnerable to been misled through their own biases and fears.  A spirit with ill will can do this.

Yet the promise of this poorly explored realm remains.  It may well be the royal road to healing and even to accessing real knowledge.  Much knowledge of the physical world we already have.  The task is to translate this nonphysical world into knowledge all can use.

From Doc Sutter we have the following comments apropos our investigations into the world of spirit.

I see Freedoms Phoenix picked up your blogs about Treating Disease doesn't work and the Cause of depression. Thanks for posting them.

About the Third Eye thing. Be careful what you ask for. I was always sensitive to living things to start with. Couldn't fish because I felt the fishes suffering. But going to the war heightened that awareness and its NOT a fun thing to live with in this day and age.

As long as you're out in Nature its great but get into the cities, especially the big ones and its almost frightening. I've had to limit my practice down to only 23 hours a week because of the drain sick people put on me. People are so starved for love and somebody that actually has some answers and the capability to help. It’s a problem.

So, are you sure you want to percieve what's on that level to percieve? It really can be and is a beautiful place but there's a lot that has to be ignored to get there. You will feel guilty ignoring that stuff too.

Everyone "Natively" has that ability. Thus staying chemically clean is important. Again, the purpose of the mass drugging of society is to eliminate that ability. People are much more powerful than they know. Well, innately they know it but its NOT poltically correct. More accurately, religiously correct.

Believe it or not I learned about ones true power in the war. We did things there's no possible explanation for other than extra sensory third eye stuff. As necessity level rise your innate capabilities rise. We were all in it together so didn't precieve it in ourselves at the time. Upon returning to the world it became apparent we were different and THAT is what the problem was and still is.

There was an article on Freedoms Phoenix about why guys like war. It went into the brotherhood aspect of it which is legitimate but not THE big part of the equation.

When necessity levels get life and death high you become the life force that surrounds you. You literally become it. In the jungle we could percieve if a twig was out of place, we could sense where Charley was or if he had been there recently.

Now, there's no higher "high" you can get than that experience. That's the real reason guys went back for a second and third tour. You become the life force that IS the jungle. Or the mountains of Afganistan or desert of Iraq. That experience is NOT duplicatable via any worldy substances. You, little ole you, are hooked into the life force that animates the physical universe. Every nerve, every cell in your body is tuned into it and its an amzing experience that's not really possible to put into words. You just want more of it.

Now, that experience should be a positive thing and before Vietnam it was. That's why the 20's and the 50's were such productive and good decades. The Veterans did that after the world wars. They knew. They tried to get that into society and they did a pretty good job doing so. But the Powers that be couldn't have that so they crashed the markets in 29 and killed JFK in 63.

Plus, the powers that be had to devise a plan to scatter the baby boomers. Fragment them, the old divide and conquer plan, which Vietnam affectively did.

Anyway, the third eye thing is legitimate but not all the fun and games they tell you it is. To be that awake is tough on a soul so be prepared. But then again its inevitable so you might as well go for it.
Posted by arclein at 12:00 AM