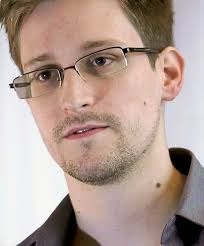 The problem with all the data is not and curiously it never has been about the data ,but the outright lack of imagination within the intel community. It is actually proving to be easy enough to identify potential threats. In all cases cited, the perps had been identified long before any action.

It is asking way too much to set up a action plan for identified potential threats. One stage is a go to contact for simply allowing the eyeballs to send key actionable data, however weak it might be. That removes the responsibility immediately from the first observer who could be anyone.

At that point a team does a preliminary work up and likely put the individual on a three month monitoring cycle with a case officer. Case officers will be in position to connect dots if any exist. From there expanded intervention becomes possible.

More important, it becomes possible to be preemptive. If we have learned anything these folks need support. That opens up the door for many types of direct action. How about confronting a budding jihadi with his conversations and forcing him to become a spy while confirming his contacts? This makes his original support group impotent and scares him as well. It is a long way back to been effective again after such an action.

My point is that we have the data and we are not been too clever at all in using it to win. Do it this way, and we simply search only that data targeted through tips. The data by itself is not naturally self sorting in a helpful manner. If we make it a practice of confronting the individual, we make the whole jihadi network profoundly suspect to any new recruit.

There was much said in last week's primetime interview between Edward Snowden and NBC's Brian Williams. But perhaps more interesting than what was said in the one hour time-slot, was what was contained in the three extra hours of conversations that were not broadcast, such as Snowden's questioning of the American intelligence community’s inability to stop the September 11, 2001 terrorist attacks. One such segment, as transcribed by RT, involves the former NSA contractor's response to a question from Williams on how to prevent further attacks from Al Qaeda and other "non-traditional enemies" in which Snowden suggested that United States had the proper intelligence ahead of 9/11 but failed to act.


“You know, and this is a key question that the 9/11 Commission considered. And what they found, in the post-mortem, when they looked at all of the classified intelligence from all of the different intelligence agencies, they found that we had all of the information we needed as an intelligence community, as a classified sector, as the national defense of the United States to detect this plot,” Snowden said. “We actually had records of the phone calls from the United States and out. The CIA knew who these guys were. The problem was not that we weren’t collecting information, it wasn’t that we didn’t have enough dots, it wasn’t that we didn’t have a haystack, it was that we did not understand the haystack that we have.”


Or, as some have suggested over the years, it was not that "we" did not understand the haystack. Quite the contrary. Which is precisely why the attacks took place. But back to the accepted narrative:


“The problem with mass surveillance is that we’re piling more hay on a haystack we already don’t understand, and this is the haystack of the human lives of every American citizen in our country,” Snowden continued. “If these programs aren’t keeping us safe, and they’re making us miss connections — vital connections — on information we already have, if we’re taking resources away from traditional methods of investigation, from law enforcement operations that we know work, if we’re missing things like the Boston Marathon bombings where all of these mass surveillance systems, every domestic dragnet in the world didn’t reveal guys that the Russian intelligence service told us about by name, is that really the best way to protect our country? Or are we — are we trying to throw money at a magic solution that’s actually not just costing us our safety, but our rights and our way of life?


This goes to the fundamental argument that made Snowden blow the whistle in the first place: by overreaching to a level not fathomed even by the author of "1984", and by scrambling to collect every piece of electronic communication and data exchange, or said otherwise, shotgunning and focusing on the bulk instead of isolating actionable data, what is the tradeoff?


We do know that handing all private data to the NSA on a silver platter has certainly resulted in an abuse of personal privacy by those tasked with protecting Americans as we detailed in the past in "NSA Agents Used Company Resources To Spy On Former Spouses." Who knows how else this epic trove of private data is being abused by the government for its own ulterior motives, while letting, as Snowden suggested, critical information about the protection of US citizens - the very premise behind the NSA's existence - slip through its fingers.


Indeed, the director of the NSA during Snowden’s stint there, Gen. Keith Alexander, reportedly endorsed a method of intelligence gathering in which the agency would collect quite literally all the digital information it was capable of.  “Rather than look for a single needle in the haystack, his approach was, ‘Let’s collect the whole haystack,’” one former senior US intelligence official recently told the Washington Post. “Collect it all, tag it, store it. . . .And whatever it is you want, you go searching for it.”


In recent weeks, a leaked NSA document has affirmed that under the helm of Alexander, the agency was told it should do as much as possible with the information it gathers: "sniff it all, know it all, collect it all, process it all and exploit it all,” according to the slide. “They're making themselves dysfunctional by collecting all of this data,” Bill Binney, a former NSA employee-turned-whistleblower himself, told the Daily Caller last year. Like Snowden, Binney has also argued that the NSA’s “collect it all” condition with regards to intelligence gathering is deeply flawed.


“They've got so much collection capability but they can't do everything. They're probably getting something on the order of 80 percent of what goes up on the network. So they're going into the telecoms who have recorded all of the material that has gone across the network. And the telecoms keep a record of it for I think about a year. They're asking the telecoms for all the data so they can fill in the gaps. So between the two sources of what they've collected, they get the whole picture,” Binney said.


Although NBC neglected to play Mr. Snowden’s remarks to Williams in which he questioned the efficiency of modern intelligence gathering under the guise of being a counterterrorism tool, it did air on television other remarks from the former contractor concerning the terrorist attacks.


Stepping back, this really is a debate about government efficiency, incentives and motives. The biggest problem with the NSA, or rather its modus operandi, according to Snowden is not that it does not have the architecture to use the data already in its possession to isolate and prevent incidents of terrorism: it did, and arguably it had enough facts in its (and the CIA's) possession to prevent the September 11 attack, and it certainly was equipped with enough surveillance to prevent the Boston Marathon bombing, yet it didn't. In the meantime, the information grab is expanding until Big Brother, under the guise of (failed) protection now knows everything about its citizens. Simply said: this is merely government bloat in its most purest - spending ever greater amounts of money to become increasingly more inefficient, in the process destroying the concept of individual privacy.

Or as Snowden himself said it in a fragment that was aired,

"It’s really disingenuous for the government to invoke and scandalize our memories to sort of exploit the national trauma that we all suffered together and worked so hard to come through to justify programs that have never been shown to keep us safe, but cost us liberties and freedoms that we don’t need to give up and our Constitution says we don’t need to give up."


Sadly, until the people themselves wake up to this conclusion which prompted one person to speak up against a broken system, all of his efforts will have been largely in vain.