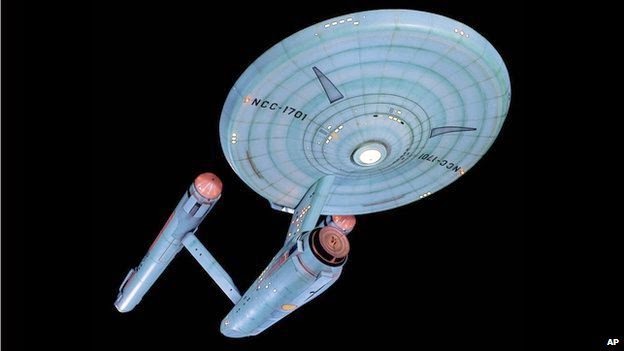 The theory is uncomplicated and what we are seeing is proof of concept using ultrasound and other easily manipulated fields. When we finally master real gravitational effects, it will by easy to produce a high strength tractor beam.

Such a deice will be obviously useful and the fact is that we have not even begun to think about it at all.

Whether we can use it to run an effective elevator remains to be seen. That would entail been able to enter a vertical tube and rise or drop at a steady state to a safe arrival point. It should also be possible.


Normally the stuff of science fiction in Star Trek or Star Wars, physicists at the university used an ultrasound array to exert force on an object and pull it towards the energy source.


They say it is the first time such a beam has been used to move anything bigger than microscopic targets.


The technology could be put to use in medicine, helping to develop ultrasound-based clinical techniques.


Dundee researchers worked alongside colleagues in Southampton and Illinois on the project, the results of which have been published in the scientific journal Physical Review Letters.


"This is the first time anyone has demonstrated a working acoustic tractor beam and the first time such a beam has been used to move anything bigger than microscopic targets," said Dr Christine Demore of Imsat.


"We were able to show that you could exert sufficient force on an object around one centimetre in size to hold or move it, by directing twin beams of energy from the ultrasound array towards the back of the object."


The team used an ultrasound device that is already clinically approved for use in MRI-guided surgery.


The team's work was carried out as part of a £3.6m programme initiated by the Engineering and Physical Sciences Research Council, combining expertise at four UK universities in Bristol, Dundee, Glasgow and Southampton with industrial firms.

Professor Sandy Cochran, of the University of Dundee, said: "Our partnership with industry has been vital to developing devices and capabilities that are delivering unprecedented sophistication in the field of ultrasound."
Posted by arclein at 12:00 AM