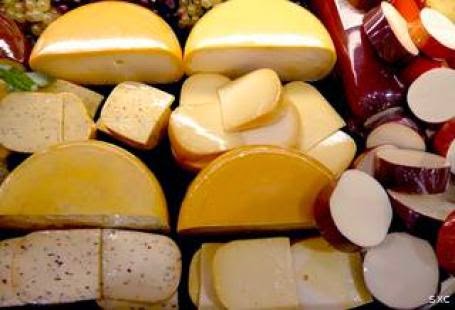 This is disappointing of course.


Yet we have seen over and over again ham handed efforts to enforce industry level rule systems against what are highly successful artisan techniques with decades if not centuries of experience. Usually angry consumers have to mobilize before folks come to their senses.


It is always easy to presume an underlying plot, but these folks are simply ignoramuses with someone's rule book in hand. What we need is an activist regulatory ombudsman with authority to demand a scientific review.


I have been watching the positioning of sauerkraut for years. For commercial sale it has always been canned which is completely counter indicated. Now we see refrigerated kimchee which is not canned. That means we can now start packing fermented vegetables using the same methods and refrigerate them.


CNSNews.com has confirmed that Monica Metz, the FDA employee who wrote the letter that said "the use of wooden shelves... for cheese ripening does not conform to cGMP requirements," previously worked for Leprino Foods, the largest mozzarella producer in the world.


In other words, Metz, a former employee of "big cheese," used her position at the FDA to write a letter that would have obliterated the artisanal cheese making industry (or "small cheese.")


The FDA put at least one New York cheese maker out of business for "a 'repeat violation' involving aging cheese on wood," but the Agency now says that this is not the FDA's "official policy."


When New York's Department of Agriculture and Markets Division of Milk Control sought clarification from the FDA, they received a letter from Monica Metz, the branch chief for the FDA's Center for Food Safety and Applied Nutrition's Dairy and Egg Branch:


The use of wooden shelves, rough or otherwise, for cheese ripening does not conform to cGMP requirements.... Wooden shelves or boards cannot be adequately cleaned and sanitized.

The artisanal cheese making industry erupted, decrying the FDA's crackdown as a "devastating development" that would literally put them out of business.


After a media firestorm, the FDA released a press release saying that:


The FDA says that Metz's letter "was not an official policy statement" and "was provided as background information."


The FDA is also saying that Metz's letter was "an analysis of related scientific publications" even though in her letter Metz presented truncated studies which actually conclude the opposite of what she claimed.


A 2002 French study found that "newly-sawn wooden boards were surveyed for potential pathogens [and] no evidence of pathogens on the board surface or within the wood [was found.]"

Considering the beneficial effects of wood boards on cheese ripening and rind formation, the use of wood boards does not seem to present any danger of contamination by pathogenic bacteria as long as a thorough cleaning procedure is followed.


Is the FDA really not aware of the science on this issue?


Here's where the plot thickens.


It seems that Monica Metz, before working for the FDA, worked for Leprino Foods, the largest producer of mozzarella cheese in the world.


None of Leprino Foods cheeses are aged on wood, Kim DeVigil, Director of Communications at Leprino Foods, confirmed for CNSNews.com


The N.Y. State Agriculture Department is still requesting that the FDA suspend "any enforcement actions until a full science based peer review is completed" because they are "very concerned about the damage this policy could do to these businesses."


According to the FDA, "the FDA has not taken any enforcement action based solely on the use of wooden shelves." But the FDA could not name for CNSNews.com which cheese making companies in New York had been cited.


It is clear from the statement from Agriculture Commissioner Richard Ball in New York that several companies were cited and at least one had to close.


CNSNews.com contacted Lauren Sucher at the FDA, and she refused to say anything on the record. Joe Morrissey and Dave Bullard at New York State Department of Agriculture & Markets were unwilling to disclose which cheese makers had been put out of business. Both Morrissey and Bullard would not have a conversation on the record.