Successful Stem Cell Therapy in Monkeys is First of Its Kind 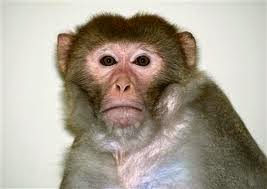 From now on, we will be mostly  reporting the steady advent of successful protocols that can be directly applied very soon.  Here we now know that we can install a scaffold and seed it safely with differentiated stem cells to completely restore the bone.  In three years at most this will spring out of the lab and into current practice.

Almost every special tissue is now been tackled and with burgeoning success.

Thus we can predict that the wheel chair will be largely obsolete except for the terminally ill and those in recovery in about six years.  This may seem aggressive, but the cost of potentially able bodied men and women to society is clearly sufficient to promote a crash program of restoration therapy.

It will be very welcome.

Successful Stem Cell Therapy in Monkeys is First of Its Kind

Mice have been poked, prodded, injected and dissected in the name of science. But there are limits to what mice can teach us – especially when it comes to stem cell therapies. For the first time, researchers have turned skin cells into bone in a creature more closely related to humans: monkeys.

In a study published Thursday in the journal Cell Reports, scientists report that they regrew bone in 25 rhesus macaques using induced pluripotent stem cells (iPSCs) taken from the creatures’ skin. Since macaques are more closely related to humans, their discovery could help push stem cell therapies into early clinical trials in humans.

While this is the good news, the bad news is that iPSCs can also seed tumors in monkeys; however, the tumors grew at a far slower rate than in previous studies in mice. This finding further emphasizes the key role primates likely will play in testing the safety of potential stem cell therapies.

Repairing Bone
Researchers used a common procedure to reprogram macaque skin cells, and coaxed them into pluripotent cells that were capable of building bone. They seeded these cells into ceramic scaffolds, which are already used by surgeons used to reconstruct bone. The cells took, and the monkeys successfully grew new bone.

In some experiments, the monkeys formed teratomas – nasty tumors that can contain teeth and hair – when they were injected with undifferentiated iPSCs, or cells that have the potential to change into any kind of cell. However, the tumors grew 20 times slower than in mice, highlighting an important difference between mice and monkeys.

Fortunately, tumors did not form in monkeys that were injected with differentiated iPSCs, or cells that were programmed to create bone cells.
Advancing Research
Researchers say their successful procedure proves that monkeys will play an important role in research on therapies using iPSCs. These monkeys will help scientists test and analyze risks associated with the therapies and improve their safety.