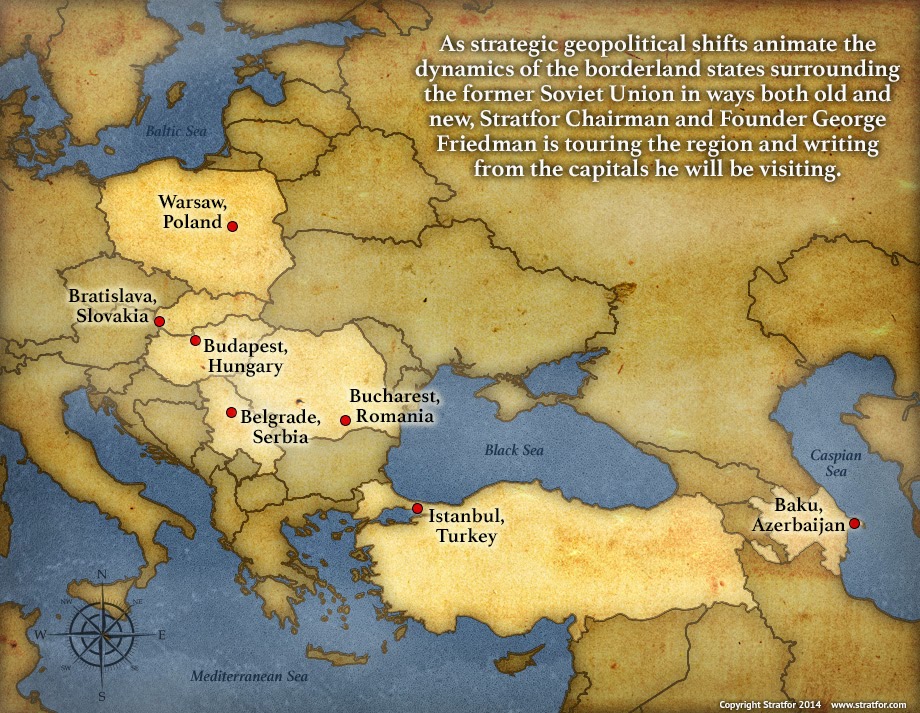 We live in a different world now.

Russia’s rumblings and its dance in advance of somehow collecting back its southern Russian speaking lands from the Ukraine is plausibly a last necessary adjustment.  This can ultimately set the stage for European Russia’s full integration into the European Union.

They have had time to experiment with democratic forms and have had Putin guiding them in their efforts to economically evolve.  Today most of the work force is completely post-soviet.   That part is sorted out.

The Russian mafia is also aging and has focused much of their efforts in legitimizing what they have stolen.  It is all aging somewhat gracefully.

There may be other useful adjustments but they should be minor.  Thus the post Putin world will see an assertion of democratic authority and an effort to meet European standards.  It may also take a generation but we are well on the way.

Such a resolution will settle the whole European continent as we know it leaving dying embers in areas of Muslim contact.  Rather critically, Russia will be a center of Christian restoration for all of Europe.

I am writing this from Budapest, the city in which I was born. I went to the United States so young that all my memories of Hungary were acquired later in life or through my family, whose memories bridged both world wars and the Cold War, all with their attendant horrors. My own deepest memory of Hungary comes from my parents' living room in the Bronx. My older sister was married in November 1956. There was an uprising against the Soviets at the same time, and many of our family members were still there. After the wedding, we returned home and saw the early newspapers and reports on television. My parents discovered that some of the heaviest fighting between the revolutionaries and Soviets had taken place on the street where my aunts lived. A joyous marriage, followed by another catastrophe -- the contrast between America and Hungary. That night, my father asked no one in particular, "Does it ever end?" The answer is no, not here. Which is why I am back in Budapest.

For me, Hungarian was my native language. Stickball was my culture. For my parents, Hungarian was their culture. Hungary was the place where they were young, and their youth was torn away from them. My family was crushed by the Holocaust in Hungary, but my parents never quite blamed the Hungarians as much as they did the Germans. For them, it was always the Germans who were guilty for unleashing the brutishness in the Hungarians. This kitchen table discussion, an obsessive feature of my home life, was an attempt to measure and allocate evil. Others did it differently. This was my parents' view: Except for the Germans, the vastness of evil could not have existed. I was in no position to debate them.

This debate has re-entered history through Hungarian politics. Some have accused Prime Minister Viktor Orban of trying to emulate a man named Miklos Horthy, who ruled Hungary before and during World War II. This is meant as an indictment. If so, at the university of our kitchen table, the lesson of Horthy is more complex and may have some bearing on present-day Hungary. It has become a metaphor for the country today, and Hungarians are divided with earnest passion on an old man long dead.

A Lesson From History
Adm. Miklos Horthy, a regent to a non-existent king and an admiral in the forgotten Austro-Hungarian navy, governed Hungary between 1920 and 1944. Horthy ruled a country that was small and weak. Its population was 9.3 million in 1940. Horthy's goal was to preserve its sovereignty in the face of the rising power of Adolf Hitler and Josef Stalin. Caught between the two -- and by this I mean that both prized Hungary for its strategic position in the Carpathian Basin -- Hungary had few options. Horthy's strategy was to give what he must and as little as he had to in order to retain Hungary's sovereignty. Over time, he had to give more and more as the Germans became more desperate and as the Soviets drew nearer. He did not surrender his room to maneuver; it was taken from him. His experience is one that Hungary's current leadership appears to have studied.

Horthy's strategy meant a great deal to the Jews. He was likely no more anti-Semitic than any member of his class had to be. He might not hire a Jew, but he wasn't going to kill one. This was different from the new style of anti-Semitism introduced by Hitler, which required mass murder. A sneer would no longer do. In Poland and in other countries under German sway, the mass killings started early. In Hungary, Horthy's policy kept them at bay. Not perfectly, of course. Thousands were killed early on, and anti-Jewish laws were passed. But thousands are not hundreds of thousands or millions, and in that time and place it was a huge distinction. Hungary did not join Germany's invasion of the Soviet Union until months after it had started, and Jews, including my father and uncles, were organized in labor battalions, where casualties were appalling. But their wives and children remained home, had food and lived. Horthy conceded no more than he had to, but what he had to do he did. Some say it was opportunism, others mere cowardice of chance. Whatever it was, while it lasted, Hungary was not like Poland or even France. The Jews were not handed over to the Germans.

Horthy fell from his tightrope on March 19, 1944. Realizing Germany was losing the war, Horthy made peace overtures to the Soviets. They were coming anyway, so he might as well welcome them. Hitler, of course, discovered this and occupied Hungary, which was essential to the defense of Austria. In a complex maneuver involving kidnapping and blackmail -- even kidnapping one of Horthy's sons -- Hitler forced the Hungarian leader to form a new government consisting of Hungary's homegrown Nazis, the Arrow Cross Party. As with Vidkun Quisling in Norway and Philippe Petain in France, Hitler installed his eager puppets.

Horthy signed off on this. But that signature, as he pointed out, was meaningless. The Germans were there, they could do as they wanted, and his signature was a meaningless act that spared his sons' lives. My father said he understood him. He had no more power, except saving his sons. Without the power to control events, saving those lives cost nothing and gained something precious. In no way did it change what was going to happen during the next year in Hungary: the murder of more than half a million Jews and a bloodbath throughout the country as Soviet forces advanced and surrounded Budapest and as the Germans fought to their deaths.


Orban isn't Horthy by any means, but their situations are similar. Hungary is a country of enormous cultivation and fury. It is surrounded by disappointments that can become dangers. Europe is not what it promised it would be. Russia is not what Europeans expected it to be. Within and without the country, the best Orban can do is balance, and those who balance survive but are frequently reviled. What Hungary could be in 2005 is not the Hungary it can be today. Any Hungarian leader who wished to avoid disaster would have to face this. Indeed, Europeans across the continent are facing the fact that the world they expected to live in is gone and what has replaced it, inside and outside of their countries, is different and dangerous.
Posted by arclein at 12:00 AM