Robot Furniture Rearranges Itself on Demand 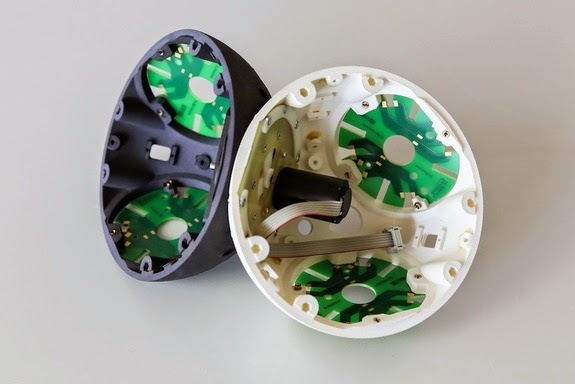 This one can be called a solution in search of a problem.  Looking at it and one is struck with the thought that this is silly.

Yet a certain capability is been demonstrated here.  It is a new tool and that often leads to really useful solutions.  So lets us go with it and perhaps there is something here in this that works.  It just will not be furniture.

A rather mobile set of steps does come to mind though.  Strength must be an issue though. 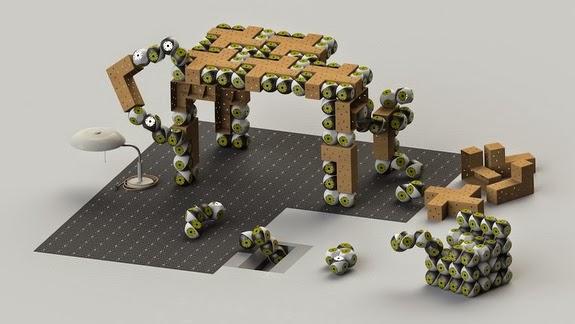 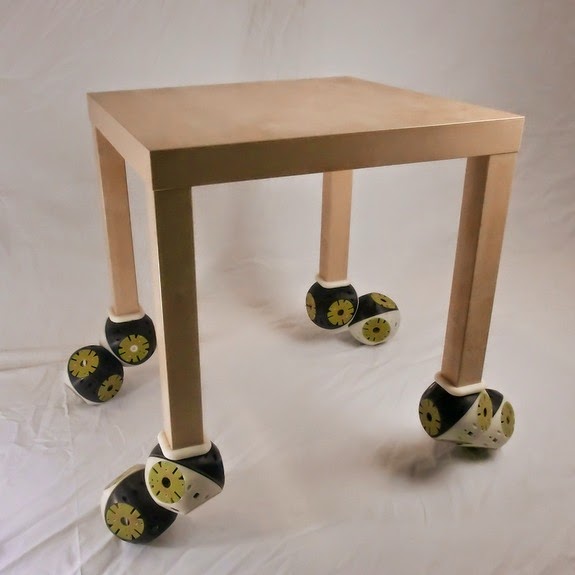 Like a scene right out of "The Jetsons," a fleet of robotic blocks could assemble themselves into pieces of furniture that can move around the house.
A group of scientists in Switzerland is developing small robotic modules, called "roombots," which fit together like LEGO bricks to form structures that can self-assemble and morph into different shapes.

The idea of roving furniture may be somewhat disconcerting, but the researchers envision them being used to provide assistance to elderly or disabled people

"The idea of different units that self-assemble and change morphology has been around for quite a while, but nobody came up with a good idea for how to use them," said Massimo Vespignani, an engineer at the École Polytechnique Fédérale de Lausanne, in Switzerland, andco-author of a study to be published in the July issue of the journal Robotics and Autonomous Systems.

Vespignani and his colleagues decided to apply the idea to robotic furniture. For example, the robotic modules could turn themselves into a stool that follows elderly people around in case they needed to sit down quickly.

Blocks on the move
Each roombot (not to be confused with the robot vacuum cleanerRoomba) is a completely independent unit — a 9-inch-long (22 centimeters) block that resembles a pair of dice joined together. It contains a battery and three small motors that allow it to move in three different dimensions. The roombot also has a set of retractable claws so it can hook onto other bots to create bigger structures, or attach onto connectors in its environment.

The blocks can operate in one of two modes: The roombot can move along a grid of tracks on the floor or wall and connect to other blocks, or the blocks can disconnect from the grid and move freely around a room.

For disabled or elderly people, roombots could bring chairs and tables closer, or move them out of the way, the researchers said.

The team is now experimenting with different ways to control the furniture, using tablet computers, or speech or gesture recognition. In the case of an elderly person, the robots might have more autonomy, Vespignani said. But don't worry, "I don’t envision a scenario where the robots are completely autonomous," he said.

Future of furniture?
The robots are still just a prototype — they might be available within about 20 years, the researchers estimated. Right now, the prototypes are limited because the bots lack enough torque to hold the weight of a person. Furthermore, the batteries in each module only last for one hour, but the researchers don't foresee that as a long-term problem. Future roombots might be able to share power between modules, recharging while they're connected to a grid on the ground or wall.

The group is also planning a newer generation of roombots forassisted living environments, which could actually interact with people.

But the question remains, would people — especially the elderly — want to live in a house where their furniture moved around and rearranged itself?

"Many people might think it's kind of a crazy idea," Vespignani said. But once people see working prototypes, they might warm up to it, he said. "Personally, I would like to have something like this."