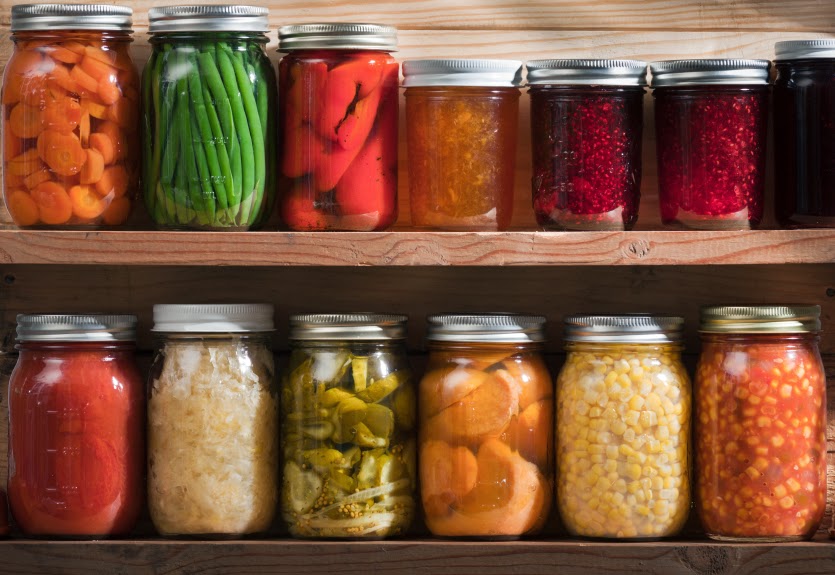 One thing becomes immediately clear.  Raw fermented vegetables just became the best possible choice as an ongoing source of nutrition.   Of course, health departments everywhere will have no clue and demand that the product be pasteurized for sale.  However we now see kimchee in stores refrigerated and certainly alive.

What we really need to do is go crazy and attempt a wide range of possible vegetables.  I am presently enjoying fermented kale and that is far easier to eat.  In fact we need to set aside our expectations and go try everything.  Carrots are excellent as they nicely soften.    If we can do carrots, then turnips and parsnips are as easy.  All members of the cabbage family as well.  Also do not be scared to leave peel on.  This will not work for potatoes of course but then I am not actually sure.  The take home is that fermenting does essentially ‘cook’ the food and leaves it slightly sour.

I have also learned to go light on the salt.  Once fermented there will be no problem.  After packing, the trick is to sprinkle lemon juice or a little vinegar on top to block surface spoilage.

This represents a revolution in our understanding of foods we need in our bodies.

A groundbreaking new study published in Molecular Nutrition & Food Research titled, “Interspecies communication between plant and mouse gut host cells through edible plant derived exosome-like nanoparticles,” reveals a new way that food components ‘talk’ to animal cells by regulating gene expression and conferring significant therapeutic effects. With the recent discovery that non-coding microRNA’s in food are capable of directly altering gene expression within human physiology,[1] this new study further concretizes the notion that the age old aphorism ‘you are what you eat’ is now consistent with cutting edge molecular biology.

Exosomes: The ‘Missing Link’ In How Plants and Animal Cells Communicate and Collaborate
This is the first study of its kind to look at the role of exosomes, small vesicles secreted by plant and animal cells that participate in intercellular communication, in interspecies (plant-animal) communication.

The study explained the biological properties of exosomes as follows:
“Exosomes are produced by a variety of mammalian cells including immune, epithelial, and tumor cells [11–15]. Exosomes play a role in intercellular communication and can transport mRNA, miRNA, bioactive lipids, and proteins between cells [16–19]. Upon contact, exosomes transfer molecules that can render new properties and/or reprogram their recipient cells.”

While most of the research on exosomes has focused on their role in pathological states such as tumor promotion, they were recently found to play a key role in stimulating regeneration within damaged cardiac tissue,[2] and are known to be found in human breast milk, further underscoring how irreplaceable it is vis-à-vis synthesized infant formula.[3]

They chose these commonly consumed edible fruits and vegetables because,

They noted, “the cellular and molecular machinery regulating such interspecies mutualism between a plant-derived diet and the mammalian gut is not fully defined.” Their new study aimed to gain new insight into defining the mechanisms through which cross-kingdom crosstalk occurs.

Plant Exosomes Affect Mammalian Cells Intimately
After isolating and characterizing exosome-like nanoparticles from all four edible plants, the researchers discovered they possessed remarkable similarity in size and structure to mammalian-derived exosomes. Furthermore, the study showed “that these exosome-like nanoparticles are taken up by intestinal macrophages and stem cells, and have biological effects on the recipient cells.”

The biological effects were described as follows:

·         Ginger exosome-like nanoparticles strongly induced heme oxygenase-1 (HO-1) and IL-10 expressed in macrophages, an indication of anti-inflammatory and antoxidant properties.
·         Fruit-derived exosome-like nanoparticles including grape and grapefruit induced Wnt/TCF4 activation, which is a key component of the anti-inflammatory response
·         All tested foods activated nuclear translocation of Nrf2, a key regulator of the HO1 gene, which has an important role in anti-inflammation and antioxidation; ginger was found to be most potent, followed by grapefruit, carrot and grape

Notably, EPDENs were found to be resistant to gastric and intestinal enzymatic digestion, further indicating they are capable of exerting significant biological effects by escaping digestive degradation, which has also been found with lectins and microRNA’s within edible foods.

The researchers discussed their results:

“Our findings show that exosome-like nanoparticles are present in edible fruits and vegetables and reveal a previously unrecognized strategy by which plants communicate with mammalian cells via exosome-like nanoparticles in the gut, and in particular intestinal macrophages and stem cells. We found that edible plants contain large amounts of nanoparticles. Like mammalian exosomes, further characterization of the plant nanoparticles led to identifying them as exosome- like nanoparticles based on the nanoparticles being com- posed of proteins, lipids, and miRNAs. EPDENs from different types of plants have different biological effects on the recipient mammalian cells. This finding opens up a new avenue to further study the molecular mechanisms underlying how the plant kingdom crosstalks with mammalian cells such as intestinal macrophages and stem cells via EPDENs. This information may provide the molecular basis of using multiple plant-derived agents for better therapeutic effect than any single plant-derived agent.”

They also offered that their results may explain why those who consume a greater variety of edible plants are healthier:

Discussion: Deeper Implications of the Study
As part of the fascinating new fields of epigenetics and nutrigenomics, this new study’s findings promise to expand the relevance of food in the practice of medicine and the prevention of disease. We have crossed a critical threshold in the past few decades where food can no longer considered simply as a source of caloric content, minerals and vitamins, and building blocks for the body-machine. [Learn more by taking the author's E-Course] Rather, food carries very specific forms of biologically meaningful information (literally ‘to put form into’), without which our genetic and epigenetic infrastructure cannot function according to its intelligent design.

The discovery of plant-dervied exosome-mediated modulation of fundamental mammalian cellular pathways, lends powerful support to the concept that ancestral nutritional practices handed down for countless generations are critical in maintaining our health. With the advent of the post-industrial diet, based largely on ‘food-like’ synthesized nutrition, and the novel introduction of grain-based nutrition in only the past 500 generations, our present diet suffers from a series of profoundly biological incompatible foods.

Millions of years of co-evolutionary processes have generated a wide range of interspecies, cross-kingdom co-dependencies. For instance, mammals and angiosperms (which comprise about 250,000 species and include most of the flowering plants that provide the modern world its diet) co-evolved for at least 200 million years together, and are today two of the most dominant forms of life on the planet. The very molecular and informational fabric of our bodies evolved to intimately depend on the presence of various key food components in the human diet, and the absence of others which may be detrimental to our health. Food components like exosomes may be as important to our health as vitamins and other classically defined ‘nutrients,’ and may even be more important in modulating a wide range of complex genetic- and epigenetic-mediated cellular processes within the body. This may also explain the mystery of how certain fruits, such as pomegranate, have been found to replace the function of the mammalian ovary in an ovariectomy induced models of premature aging.  While pomegranate is one of nature’s most concentrated source of bioidentical estrone, exosomes may be the ‘missing link’ as to how a plant food can support complex hormonal processes within the animal body, along with exerting such a wide range of additional therapeutic health effects. This is all the more evidence with plants like turmeric, which have over 600 health benefits and has been found to modulate the expression of thousands of genes simultaneously.[4]

We believe that taken together, the recent discoveries that 1) microRNA’s within foods like rice can enter into our blood and tissue and regulate gene expression 2) that double-stranded RNAs within a wide range of commonly consumed foods have molecular homology with thousands of human RNAs (and are therefore capable of silencing them) 3) that lectins also can directly activate nuclear machinery within certain cells, the addition of exosome-mediated gene modulation, lends further support to the concept that the quality and types of food we consume carry as much relevance in terms of ‘biological destiny’ as the DNA within our genome.

“The doctor of the future will give no medication, but will interest his patients in the care of the human frame, diet and in the cause and prevention of disease.”