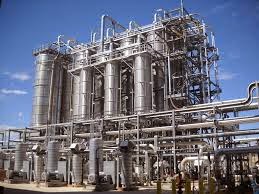 There is the usual slather of inference here which is unfortunate.  The real take home is that our best oils are processed to death which seriously lowers their value.  The only reason olive oil gets a pass is because it is not processed this way.  Since Canola oil actually matches olive oil in its blend, it follows that the answer is to start producing high quality canola.  This has been done locally with real success.

It all boils down to marketing fresh crushed oil with a meaningful due date after which rancidity can be expected to kick in.  Refrigeration can extend canola while olive oil goes semi solid.

It is reasonable that the asthma effect is caused by the effects of industrial processing.  That needs to be retired.

Study Shows Processed Oils Including Canola, Soybean and Corn Oil Can Cause Lung Disease & Asthma
May 23, 2014 |

We now know that an increase in asthma coincides with a switch from butter to certain oil-based diets. A large new Northwestern Medicine study ties the increasing consumption of supposedly healthy vitamin rich oils — canola, soybean and corn — to the rising incidence of lung inflammation and asthma. All three oils coincidentally come from genetically modified sources.

Asthma is a chronic, lung condition that narrows the airways, according to the National Heart Lung and Blood Institute. The disease causes chest tightening, wheezing and coughing. In the U.S., about 25 million people suffer from asthma, of which at least 7 million are children.

“Considering the rate of affected people we found in this study, there could be 4.5 million individuals in the U.S. with reduced lung function as a result…” said senior author Joan Cook-Mills, an associate professo of medicine in allergy/immunology at Northwestern University Feinberg School of Medicine.

Cook-Mills presented her research in May at the Oxidants and Antioxidants in Biology World Congress. It was also published in the journal Respiratory Research.

Rates of asthma in the U.S. have been climbing in the last 40 years, coinciding with a switch in U.S. diets from lard and butter to soybean, canola and corn oils, which were thought to be healthier for the heart. Looking at other countries’ rates of asthma, Cook-Mills said those with significantly lower rates of asthma have diets high in olive oils.
In the U.S., asthma prevalence (the percentage of people who have been diagnosed with asthma and still have asthma) was 8.4 percent in 2010, as reported by the U.S. Department of Health and Human Services Centers for Disease Control and Prevention.

“A 10 percent reduction in lung function is like an asthmatic condition,” Cook-Mills said. “People have more trouble breathing. They take in less air, and it’s harder to expel. Their lungs have reduced capacity.”

Processing of Canola Is One of The Most Toxic

Not only are canola, soybean and corn oil now coming from genetically modified crops, but their processing is beyond toxic to human metabolism.

Modern oil processing is a different thing entirely from the early days of processing more simple oils like olive and butter.

Modern oils are removed by a combination of high temperature mechanical pressing and solvent extraction. Traces of the solvent (usually hexane) remain in the oil, even after considerable refining. Like all modern vegetable oils, canola oil goes through the process of caustic refining, bleaching and degumming–all of which involve high temperatures or chemicals of questionable safety. And because canola oil is high in omega-3 fatty acids, which easily become rancid and foul-smelling when subjected to oxygen and high temperatures, it must be deodorized. The standard deodorization process removes a large portion of the omega-3 fatty acids by turning them into trans fatty acids. Research at the University of Florida at Gainesville, found trans levels as high as 4.6 percent in commercial liquid oil. The consumer has no clue about the presence of trans fatty acids in canola oil because they are not listed on the label.

A large portion of canola oil used in processed food has been hardened through the hydrogenation process, which introduces levels of trans fatty acids into the final product as high as 40 percent. In fact, canola oil hydrogenates beautifully, better than corn oil or soybean oil, because modern hydrogenation methods hydrogenate omega-3 fatty acids preferentially and canola oil is very high in omega-3s. Higher levels oftrans mean longer shelf life for processed foods, a crisper texture in cookies and crackers–and more dangers of chronic disease for the consumer.


Genetically Modified Canola
The first seed oil to be created through genetic manipulation, canola is also the focus of a variety of genetic engineering (GMO) projects in which genetic material from other species is inserted into the seeds in order to magnify certain traits in the resultant plant. Herbicide-resistant GMO canola now comprises a large portion of the total canola crop. Apologists point to endorsement by the FDA and the American Dietetic Association that GMO canola is nutritionally and environmentally safe and claim that the GMO variety means less spraying of herbicides, less chemical runoff and a boon to farmers.

Meanwhile, genetic engineers are involved in projects to make canola oil what they claim will be “even more nutritious,” by further reducing the amount of saturates in the fatty acid profile and raising the levels of monounsaturates. They assert that this will make it possible to reduce the amount of trans fats in the processed oil, presumably because levels of omega-3 fatty acids, which need to be deodorized, will also be lowered. Should the genetic engineers be successful, it might be possible to create a diet in which the vast majority of fatty acids is monounsaturated, something that does not exist in any traditional diet anywhere in the world.

Natasha Longo has a master’s degree in nutrition and is a certified fitness and nutritional counselor. She has consulted on public health policy and procurement in Canada, Australia, Spain, Ireland, England and Germany.
Posted by arclein at 12:00 AM