Researchers Create Flexible Wires that could Double as Batteries 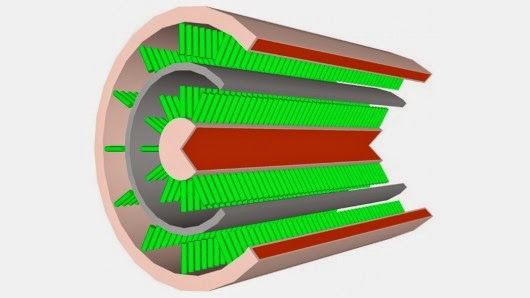 Sooner or later we will simply wear some form of battery fiber that works to provide power. Provided of course that we actually need batteries. It is becoming that dicey. However been able to use all that wiring as a natural battery is attractive and worth some effort.

Beyond all that, it is not obvious yet, but I suspect that our civilization is likely to dewire generally long before this actually comes on stream. Thus it is likely to remain a commercial long shot even if knowing how is helpful on compact hardware.


This is all good and neat.


Researchers create flexible wires that could double as batteries


We literally live in a wired world, with wires snaking hither and yon transmitting electricity and data. Many are visible, while many more are hidden in the walls of buildings, the panels of cars, and the fuselage of aircraft. Now, imagine; what if we were able to turn each and every one of these into a battery that not only transmitted electricity but stored it too? Well, two researchers from the University of Central Florida (UCF) imagined that too, and came up with a way to use nano-technology to make wires with supercapacitance that may eventually also double as batteries.


Professor Jayan Thomas and his Ph.D. student Zenan Yu premised their design on their ability to grow "nanowhiskers" of copper oxide in a laboratory that would provide the conductive link between between the inner and outer layers of their supercapacitor wire.


The team first started by growing a layer of nanowhiskers from insulating copper oxide on an outer layer of a single copper wire. They then treated those whiskers with a gold-palladium alloy, before finally depositing an electrochemically active coating of manganese oxide on the alloy. As a result, the nanowires acted as a sheath to encapsulate the copper wire, and form the first electrode.


The practical upshot of this is that this wire – in a growing line of otherwearable supercapacitors and weavable battery wires – may soon help make possible energy-storage devices and systems that are flexible, wearable and incorporated directly into clothing and textiles.


Light, bendable supercapacitor cables might also assist in making electronic devices even smaller and more portable than they are today, by vastly decreasing the size of batteries, or incorporating energy-storage wires throughout the device to replace the batteries altogether.


While more work is required, the technique the team used to grow the nanowhiskers should be transferable to other types of materials. The use of copper wire is only the beginning; it is envisioned that, as the technology progresses, other fibers and cables could be developed with similar nanostructures that also both transfer and store energy.


The team's research paper was printed in the journal Nature.