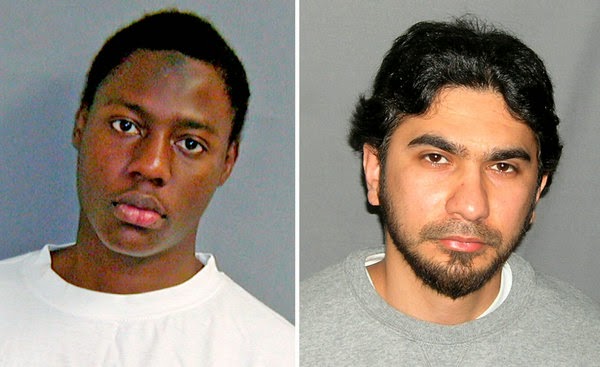 Yes, it is coming. What a natural self testing system. As recognition software improves, it identifies faces on the internet a an ongoing project. Success is achieved once all images are correctly identified. At the very least all forms of impersonation fraud becomes impossible and you will not be able to hide from your government at all.

I am not so sure that I am particularly bothered by this development. There will be approved cut outs and we will simply learn to operate inside appropriate bounds. We do anyway. What is lost is freedom to abuse process. The reward though is steadily improving personal security. That has been the objective of civilization from day one.

What will become profoundly inappropriate is the abuse of data to extort privilege. That is likely to be carefully defended in the courts.


The National Security Agency is harvesting huge numbers of images of people from communications that it intercepts through its global surveillance operations for use in sophisticated facial recognition programs, according to top-secret documents.

The spy agency’s reliance on facial recognition technology has grown significantly over the last four years as the agency has turned to new software to exploit the flood of images included in emails, text messages, social media, videoconferences and other communications, the N.S.A. documents reveal. Agency officials believe that technological advances could revolutionize the way that the N.S.A. finds intelligence targets around the world, the documents show. The agency’s ambitions for this highly sensitive ability and the scale of its effort have not previously been disclosed.

The agency intercepts “millions of images per day” — including about 55,000 “facial recognition quality images” — which translate into “tremendous untapped potential,” according to 2011 documents obtained from the former agency contractor Edward J. Snowden. While once focused on written and oral communications, the N.S.A. now considers facial images, fingerprints and other identifiers just as important to its mission of tracking suspected terrorists and other intelligence targets, the documents show.

“It’s not just the traditional communications we’re after: It’s taking a full-arsenal approach that digitally exploits the clues a target leaves behind in their regular activities on the net to compile biographic and biometric information” that can help “implement precision targeting,” noted a 2010 document.

One N.S.A. PowerPoint presentation  from 2011, for example, displays several photographs of an unidentified man — sometimes bearded, other times clean-shaven — in different settings, along with more than two dozen data points about him. These include whether he was on the Transportation Security Administration no-fly list, his passport and visa status, known associates or suspected terrorist ties, and comments made about him by informants to American intelligence agencies.

It is not clear how many people around the world, and how many Americans, might have been caught up in the effort. Neither federal privacy laws nor the nation’s surveillance laws provide specific protections for facial images. Given the N.S.A.’s foreign intelligence mission, much of the imagery would involve people overseas whose data was scooped up through cable taps, Internet hubs and satellite transmissions.

Because the agency considers images a form of communications content, the N.S.A. would be required to get court approval for imagery of Americans collected through its surveillance programs, just as it must to read their emails or eavesdrop on their phone conversations, according to an N.S.A. spokeswoman. Cross-border communications in which an American might be emailing or texting an image to someone targeted by the agency overseas could be excepted.

Civil-liberties advocates and other critics are concerned that the power of the improving technology, used by government and industry, could erode privacy. “Facial recognition can be very invasive,” said Alessandro Acquisti, a researcher on facial recognition technology at Carnegie Mellon University. “There are still technical limitations on it, but the computational power keeps growing, and the databases keep growing, and the algorithms keep improving.”

State and local law enforcement agencies are relying on a wide range of databases of facial imagery, including driver’s licenses and Facebook, to identify suspects. The F.B.I. is developing what it calls its “next generation identification” project to combine its automated fingerprint identification system with facial imagery and other biometric data.

The State Department has what several outside experts say could be the largest facial imagery database in the federal government, storing hundreds of millions of photographs of American passport holders and foreign visa applicants. And the Department of Homeland Security is funding  pilot projects at police departments around the country to match suspects against faces in a crowd.

The N.S.A., though, is unique in its ability to match images with huge troves of private communications.

“We would not be doing our job if we didn’t seek ways to continuously improve the precision of signals intelligence activities — aiming to counteract the efforts of valid foreign intelligence targets to disguise themselves or conceal plans to harm the United States and its allies,” said Vanee M. Vines, the agency spokeswoman.

She added that the N.S.A. did not have access to photographs in state databases of driver’s licenses or to passport photos of Americans, while declining to say whether the agency had access to the State Department database of photos of foreign visa applicants. She also declined to say whether the N.S.A. collected facial imagery of Americans from Facebook and other social media through means other than communications intercepts.

“The government and the private sector are both investing billions of dollars into face recognition” research and development, said Jennifer Lynch, a lawyer and expert on facial recognition and privacy at the Electronic Frontier Foundation in San Francisco. “The government leads the way in developing huge face recognition databases, while the private sector leads in accurately identifying people under challenging conditions.”

Ms. Lynch said a handful of recent court decisions could lead to new constitutional protections for the privacy of sensitive face recognition data. But she added that the law was still unclear and that Washington was operating largely in a legal vacuum.

Laura Donohue, the director of the Center on National Security and the Law at Georgetown Law School, agreed. “There are very few limits on this,” she said.

Congress has largely ignored the issue. “Unfortunately, our privacy laws provide no express protections for facial recognition data,” said Senator Al Franken, Democrat of Minnesota, in a letter in December to the head of the National Telecommunications and Information Administration, which is now studying possible standards for commercial, but not governmental, use.

Facial recognition technology can still be a clumsy tool. It has difficulty matching low-resolution images, and photographs of people’s faces taken from the side or angles can be impossible to match against mug shots or other head-on photographs.

That can lead to errors, the documents show. A 2011 PowerPoint showed one example when Tundra Freeze, the N.S.A.’s main in-house facial recognition program, was asked to identify photos matching the image of a bearded young man with dark hair. The document says the program returned 42 results, and displays several that were obviously false hits, including one of a middle-age man.

Similarly, another 2011 N.S.A. document reported that a facial recognition system was queried with a photograph of Osama bin Laden. Among the search results were photos of four other bearded men with only slight resemblances to Bin Laden.

But the technology is powerful. One 2011 PowerPoint showed how the software matched a bald young man, shown posing with another man in front of a water park, with another photo where he has a full head of hair, wears different clothes and is at a different location.

It is not clear how many images the agency has acquired. The N.S.A. does not collect facial imagery through its bulk metadata collection programs, including that involving Americans’ domestic phone records, authorized under Section 215 of the Patriot Act, according to Ms. Vines.

The N.S.A. has accelerated its use of facial recognition technology under the Obama administration, the documents show, intensifying its efforts after two intended attacks on Americans that jarred the White House. The first was the case of the so-called underwear bomber, in which Umar Farouk Abdulmutallab, a Nigerian, tried to trigger a bomb hidden in his underwear while flying to Detroit on Christmas in 2009. Just a few months later, in May 2010, Faisal Shahzad, a Pakistani-American, attempted a car bombing in Times Square.

The agency’s use of facial recognition technology goes far beyond one program previously reported by The Guardian, which disclosed that the N.S.A. and its British counterpart, General Communications Headquarters, have jointly intercepted webcam images, including sexually explicit material, from Yahoo users.

The N.S.A. achieved a technical breakthrough in 2010 when analysts first matched images collected separately in two databases — one in a huge N.S.A. database code-named Pinwale, and another in the government’s main terrorist watch list database, known as Tide — according to N.S.A. documents. That ability to cross-reference images has led to an explosion of analytical uses inside the agency. The agency has created teams of “identity intelligence” analysts who work to combine the facial images with other records about individuals to develop comprehensive portraits of intelligence targets.

The agency has developed sophisticated ways to integrate facial recognition programs with a wide range of other databases. It intercepts video teleconferences to obtain facial imagery, gathers airline passenger data and collects photographs from national identity card databases created by foreign countries, the documents show. They also note that the N.S.A. was attempting to gain access to such databases in Pakistan, Saudi Arabia and Iran.

The documents suggest that the agency has considered getting access to iris scans through its phone and email surveillance programs. But asked whether the agency is now doing so, officials declined to comment. The documents also indicate that the N.S.A. collects iris scans of foreigners through other means.

In addition, the agency was working with the C.I.A. and the State Department on a program called Pisces, collecting biometric data on border crossings from a wide range of countries.

One of the N.S.A.’s broadest efforts to obtain facial images is a program called Wellspring, which strips out images from emails and other communications, and displays those that might contain passport images. In addition to in-house programs, the N.S.A. relies in part on commercially available facial recognition technology, including from PittPatt, a small company owned by Google, the documents show.


The N.S.A. can now compare spy satellite photographs with intercepted personal photographs taken outdoors to determine the location. One document shows what appear to be vacation photographs of several men standing near a small waterfront dock in 2011. It matches their surroundings to a spy satellite image of the same dock taken about the same time, located at what the document describes as a militant training facility in Pakistan.
Posted by arclein at 12:00 AM