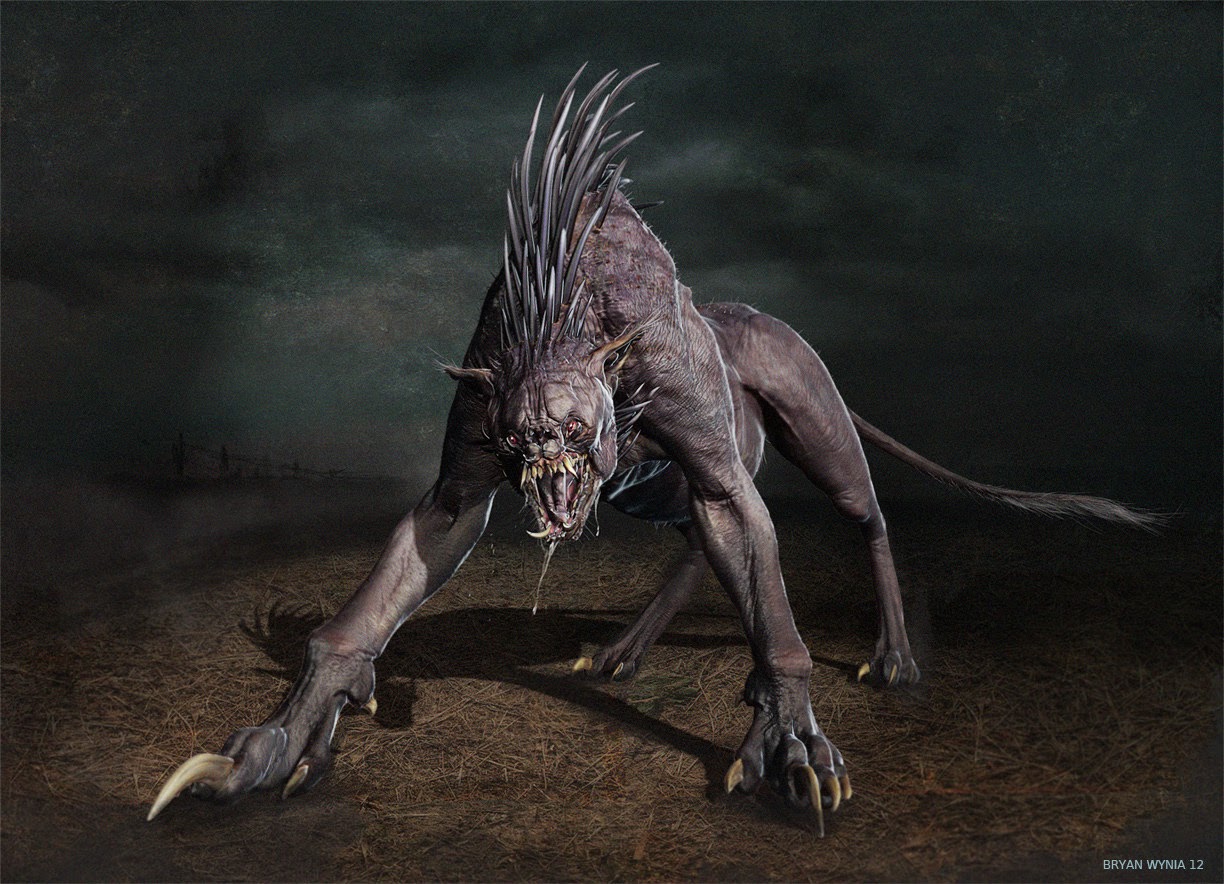 I am getting profoundly sick of the sickly raccoon fairy tale.  Healthy raccoons go not seriously attack animals larger than themselves or those mostly smaller either.  They are opportunistic fussy omnivores.  This critter has a set of fairly powerful hind legs which must be noted and it is generally short coated which allows distance running as well.  I think that this sucker can actually run down rabbits and jackrabbits as well.  We do not know what it is.

You would think that they would carefully inspect those fangs for blood channels also.  That also would explain damage around the head of a cow and the loss of the goats whose bodies must be discoverable.  A pack of small blood sucking attack rodents could cause this damage including the goat loss if such actually exists.

Hopefully someone gats this sample and does a proper work up on it.

RED SPRINGS — After the disappearance of two goats, evidence of attacks on his cows and some mysterious late-night howls, James Newton believes he has found the culprit — the chupacabra, a creature many experts don’t believe exists.


Newton, who owns a farm with his wife, Vanessa, on Dixie Road, had been noticing unusual happenings since taking over the land more than a year ago, including the unexplained loss of two goats in December, and discovering his cows with bloody ears that he believes were evidence of a creature trying to bite the animals.


On Monday morning, Newton said his wife alerted him to what she described as “the ugliest animal you’d ever seen” behind their house.


The creature, which they believe may have been killed by the couple’s German shepherd, was 2-feet long, had short, dark gray hair, a lon,g thin tail, protruding teeth and — according to Newton — an uncanny resemblance to a creature popularly known as a chupacabra.


“I looked it up on the Internet before I called anyone, and sure enough, if you look it up online, you’ll see this looks exactly like the chupacabras people have been spotting,” Newton said. “On the Internet, a man actually shot one on his porch.”


“Chupacabra” is a Spanish word that literally translates to “goat sucker.” Reports of the creature can be traced back to Puerto Rico in 1994, when eight sheep were reportedly attacked and drained of blood. Since 1994, a consensus has been formed on how the creature supposedly looks among those who have claimed to have caught the creature in the act.


The most common features used to describe the chupacabra are dark skin, little to no hair, a long, thin tail and protruding canines.


“What they do is they grab a hold of them and suck the blood out of them,” Newton said. “Every time they find ‘em, the bodies of animals they’ve attacked, they have the blood sucked out of them. This one man had 100 chickens and it just sucked the blood out of every one of his chickens … All it has to do is latch on to an animal and hold on. Now, a goat can be up to 200 pounds. If one of these things can take down a goat, then taking down a full-grown man wouldn’t be a problem. ”


While there have been a number of cases in which people have found an animal, dead or alive, that they believe to be a chupacabra, skeptics have been quick to dismiss these discoveries as dogs, coyotes or some other kind of animal suffering from mange.


In the case of Newton’s chupacabra, both Dr. Curt Locklear of Lumberton’s Southeastern Veterinary Hospital and Tommy Rains, wildlife damage control agent with Cape Fear Wildlife Control, seem to agree, from only viewing photographs, that the body is likely that of a raccoon.


“That is definitely a raccoon, but one that had been under a lot of stress,” Rains said. “Skin disease and malnourishment can make it look like that. It does look a lot like the pictures of a chupacabra though.”


Rains added that in his 16 years of working as a wildlife damage control agent, this was the first time he had been asked to identify a chupacabra. Both Locklear and Rains warn that a raccoon that sickly may have been infected with rabies and have suggested that Newton have his dog checked for the virus. More than a dozen cases of rabies were reported during an outbreak of the disease in Robeson County last year.


“I think that chupacabras may exist, I am not saying they don’t,” Rains said. “Just that I have skinned a lot of raccoons over the years and after you skin an animal, it becomes much easier to recognize the way their body and bones are shaped.”


“See, it has hair on its back, but no hair on the legs,” Newton said. “I thought it was a ‘coon, but a ‘coon ain’t that color. They have white around their eyes, and he’s got tan color up there.”


Newton and his wife said they will be keeping an eye out for any other chupacabras and keeping a close watch on their four dogs.


“I had never seen anything like that,” Vanessa Newton said. “It is scary to see something that looks like that, and the way I see it, if there is one, then there is another one.”