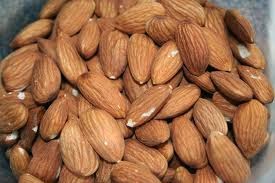 The writer unfortunately errs in been overly rigid regarding gluten free.  The fact remains that most of us can tolerate modest exposure quite well.  I consider best practice to make sure that the offending product(s) are used only time to time with plenty of days in between where it is not touched.  We want to avoid using it as a daily staple.

Our problem is often not with wheat per se but with easting it at every meal and every day.  That is such an obvious issue, were it not for the sugar high, we would have abandoned it long since.  After all, do we eat steak every day?  We get tired of most foods and reject an excess.

My own experience halting my gluten intake has been about making it a small amount to my diet.  A cracker with cheese, a bagel with cream cheese twice a week and that sort of thing.  In the meantime my belly fat problem appears to be reordering itself in a positive manner and that powerfully suggests a decline in inflammation.

Thus I am happy with the experience.


(NaturalNews) Although some nonbelievers rank gluten-free among the latest nonsensical buzzwords, several good reasons for being careful with gluten exist. For one thing, as explained by U.S. News & World Report, gluten is relatively new to the human diet and many people have not had time to adapt to it (1). A group of proteins found in wheat, barley and other common grains, gluten can trigger allergic reactions and sensitivities in significant portions of the population and is extremely harmful to people with celiac disease.


For another, gluten may also trigger delayed sensitivities in a much larger portion of the population: up to 60 percent, according to The World's Healthiest Foods (2). Delayed sensitivities include chronic inflammation as well as other side effects, such as fluid retention, sinus congestion, headaches and depression. Unfortunately, the slow reaction time means sufferers can have a hard time linking the food with the detrimental effect, so inflammatory responses continue unabated as long as the trigger food remains in your diet (3).


Although other common allergens, such as casein (found in milk), may cause chronic inflammation, gluten is the culprit for many people. Whether you have a confirmed reason to avoid gluten, simply suspect that it may be causing you trouble or want to maintain the healthiest diet possible, here are some of the healthiest food groups you can turn to.

Although wheat, barley, rye and triticale (wheat crossed with rye) all contain gluten, many grains do not. Your gluten-free grain checklist should include corn, millet, hominy, rice, tapioca and less common grains such as arrowroot, amaranth and sorghum. Despite its misleading name, buckwheat is actually unrelated to wheat and is technically gluten-free, so long as it is not mixed with other gluten-containing products.


This, however, is a danger: Many gluten-free grains are processed where they may come into contact with gluten-containing grains, thereby reducing or eliminating their potential benefits (4). If possible, check the package to make sure that the grain is processed in a facility that steers clear of gluten and other potential allergens (if, say, you are allergic to eggs or tree nuts). Also keep an eye out for gluten grains in disguise: Names like bulgur, farina, kamut, semolina and spelt are all types of wheat and should be avoided.


Avoid oats unless you check the package very carefully. While truly gluten-free oats are fine, many are mixed with gluten-containing grains during growing and processing. Always double-check breads, beers, cereals and other grain-containing products before buying.

Nuts and seeds are a beneficial addition to your diet (barring an allergy) and, unless processed in the same facility with gluten-containing grains, are a safe bet. Try peanuts as well as tree nuts: almonds, hazelnuts and walnuts. Introduce healthy seeds such as flax and quinoa into your diet as well. Though technically a seed, the latter is often used as a grain in Peruvian cooking and can serve as a base in soups, stews, salads and other dishes.

Meat and seafood are excellent sources of protein. Vary your choices so that you get your proteins from a variety of animals, such as chicken, lamb, shellfish and fish. Beware preprocessed cuts of meat and fish, however, which may be breaded. Unless specifically stated otherwise, breading and batter stand a good chance of containing grains such as wheat and spelt.

For the most part, fruits and veggies are an excellent way to eat healthy while avoiding gluten. However, this is guaranteed only for fresh, whole produce. Processed foods such as "vegetable" chips, snack bars, dried products and soups often contain gluten derivatives that may throw you off your diet.


When trying to resist those tempting French fries, for instance, keep in mind that not all potatoes are processed in gluten-free facilities or fried in gluten-free fats. Either check labels carefully or, better yet, eat your fruits and veggies in whole form so you can be sure of their contents.


This advice goes for all foods, of course: The closer you can bring your diet to nature, the better chance you stand of avoiding allergy triggers and unhealthy, overly processed foods. When possible, try to eat whole, natural foods to promote longevity and honor the ancient roots of the human palate.