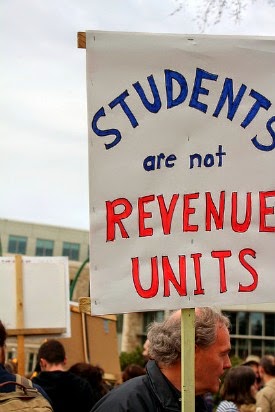 I am hesitant to say much about all this but the discharging of teachers and cherry picking students is hardly promising particularly when we are dealing with a Southern Culture that has continuously worked to betray Federal intentions regarding racial equality forever. It may not be as awful as it was merely fifty years ago but there is still plenty of traces out there.

It ultimately has to be solved from the ground up through a communion of intention. We are at least trending there and of course, for the best and brightest, escape is now easy. That is also essentially true for the top two thirds who settle down and make it all work for themselves. It is the bottom third that is been short changed everywhere. They need to be grabbed and sharply channeled in order to ensure productive citizens.

Let us hope that this scheme turns out wonderfully and human nature is nicely suppressed.

New Orleans is now home to the first and only school district in the United States that is all-charter.

"The right to public education is fundamental human right," said Monique Harden of the New Orleans-basedAdvocates for Environmental Human Rights in an interview with Common Dreams. "Profit motive drives insane, reckless, unsafe decisions that are not in the best interests of children."

Benjamin Banneker Elementary, which closed Wednesday, is one of the five remaining traditional public schools in the Recovery School District that will not re-open this fall, according to the Washington Post. This leaves only five remaining public schools in New Orleans, all of them under the control of the Orleans Parish School Board, The TImes Picayune reports.

The state-run RSD was created in 2003 with the expressed purpose of improving school performance. Yet, in the immediate aftermath of Hurricane Katrina, the agency embarked on an aggressive campaign to prevent public schools from re-opening and divert public funds to charter schools, rapidly privatizing the education system.

"The Recovery School District took over four fifths of the city's schools after the storm, and now it has closed or chartered every school it reopened," according to The TImes Picayune. The RSD also controls schools in other areas of Louisiana.
Author Naomi Klein has cited mass privatization of New Orleans public schools in the aftermath of Katrina as an examples of what she calls the "shock doctrine," in which crises are exploited to push otherwise unpopular and neoliberal policies on communities.

The sabotage of New Orleans public schools included the mass-firing of 7,000 teachers, most of them African-American, and subsequent hiring of disproportionately white and young teachers, some of them hailing from Teach for America, the Post reports. While the teachers have since won a $1 billion lawsuit for wrongful termination, the privatization drive continues.

Critics charge that the rapid privatization further segregated New Orleans schools by shepherding white students into the best charter schools while sending African American students into poorly resourced ones. The RSD has been hit by at least one civil rights complaint alleging discrimination.

“Under the guise of education reform, corporate profiteers and politicians have zeroed in on black communities, leaving behind devastation and destabilization,” said Debra Jones of the New Orleans organization Conscious Concerned Citizens Controlling Community Changes in a statement released earlier this month.

A report by the Institute on Race and Poverty at the University of Minnesota Law School, published in 2010, found that, "The increasingly charterized public school system has seriously undermined equality of opportunity among public school students, sorting white students and a small minority of students of color into better performing OPSB and BESE schools, while confining the majority of low-income students of color to the lower-performing RSN sector."

Despite evidence of climbing segregation and inequality, the New Orleans model of privatization is taking root in cities across the United States, including Chicago, New York, Philadelphia, and Washington, DC.

Tracie Washington of the Louisiana Justice Institute told Common Dreams that the "draconian" spread of charter schools leaves communities with "no fallback plan." She asked, "What happens when one of your charters, two, three, or all of them fail? What does a community do then?"