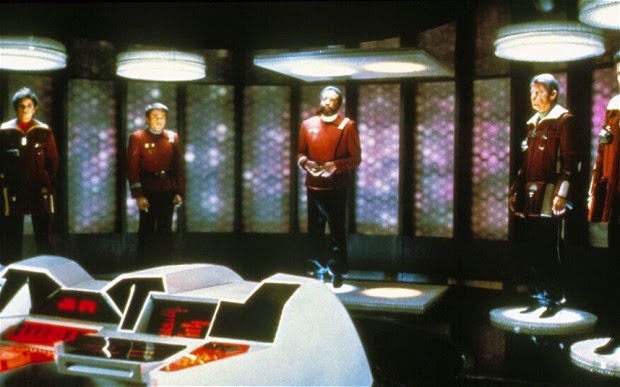 Far more important this means that we will be able to communicate in real time across the universe or more importantly, to the moon or anywhere else in the solar system. This was and is a serious problem that hampers work in space or on Mars as we presently all can see.

With this it becomes possible to operate in real time from Earth. The teleportation idea remains a serious stretch using this method although not so if we produce convenient worm holes and learn how to use them. Yet it turns out that real time communication is far more important. After all, no one travels to China to buy a load of shirts today unless it has become necessary to establish a personal relationship (.ie a bribe ). Everything except actual shipment can be handled though communication. That shipment can then be by cheap and slow and usually is.

Entanglement is now usable as a hard connection between two devices. That is powerful for exploring the solar system and for Earthbound linked computer systems where simultaneous communication is valuable. An Earth sized antenna array leaps to mind.


Beam me up, Scotty: teleportation ‘could become reality’

Laws of physics do not prevent the teleportation of large objects, including humans, professor says


Star Trek-style ''beaming up'' of people through space could become a reality sometime in the far future, the leader of a landmark teleportation experiment has said.

Nothing in the laws of physics prevents the teleportation of large objects, including humans, Professor Ronald Hanson pointed out.

In contrast, it is physically impossible for anything to travel faster than light.

''What we are teleporting is the state of a particle,'' Prof Hanson, from Delft University of Technology in the Netherlands, said.

''If you believe we are nothing more than a collection of atoms strung together in a particular way, then in principle it should be possible to teleport ourselves from one place to another.

''In practice it's extremely unlikely, but to say it can never work is very dangerous.

''I would not rule it out because there's no fundamental law of physics preventing it.

''If it ever does happen it will be far in the future.''
Prof Hanson's team showed for the first time that it was possible to teleport information encoded into sub-atomic particles between two points three metres apart with 100% reliability.

The demonstration was an important first step towards developing aninternet-like network between ultra-fast quantum computers whose processing power dwarfs that of today's supercomputers.

Teleportation exploits the weird way ''entangled'' particles acquire a merged identity, with the state of one instantly influencing the other no matter how far apart they are.

Giving one particle an ''up'' spin, for instance, might always mean its entangled partner has a ''down'' spin - theoretically even if both particles are on different sides of the universe.

Albert Einstein dismissed entanglement, calling it ''spooky action at a distance'', but scientists have repeatedly demonstrated that it is a real phenomenon.

In Prof Hanson's experiment, three entangled particles - a nitrogen atom locked in a diamond crystal and two electrons - were used to transfer spin information a distance of three metres.

Four possible states were transmitted, each corresponding to a ''qubit'', the quantum equivalent of a digital ''bit''.

Each ''bit'' of information in a classical computer represents one of two values, normally zero or one.

But a ''qubit'' can represent a zero, a one, or a ''superposition'' of both states at the same time.

The research is published in the latest online edition of the journal Science.

Prof Hanson said: ''The main application of quantum teleportation is a quantum version of the internet, extending a global network that we can use to send quantum information.

''We have shown that it's possible to do this, and it works every time that you try.

''It provides the first building block of the future quantum internet.

''What you're doing is using entanglement as your communication channel.

''The information is teleported to the other side, and there's no way anyone can intercept that information.

A more ambitious experiment, involving the teleportation of information between buildings on the university campus 1,300 metres apart, is planned in July.

It is hoped this will answer Einstein's main objection to teleportation, the possibility that a signal passes between entangled particles at the speed of light.

''I believe it will work,'' said Prof Hanson.


''But it's a huge technical challenge - there's a reason why nobody has done it yet.''
Posted by arclein at 12:00 AM