"This Is A Ticking Timebomb": Here's The Chart That Convinced Albert Edwards That Helicopter Money Is On Its Way 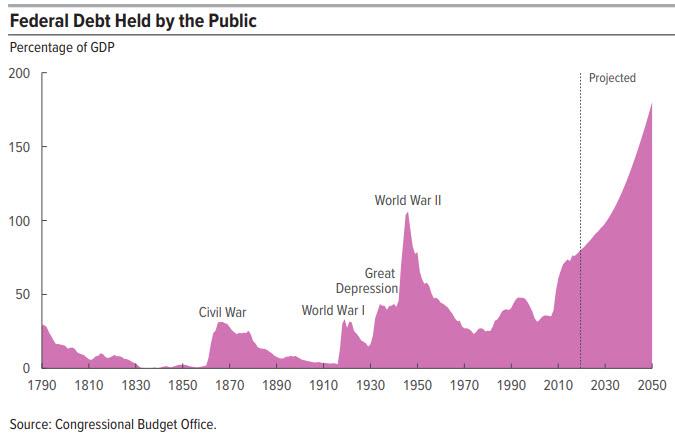 Here we go again.   Understand that if we continue our present economic course, that the economy will grow at around plus three percent.  in the meantime interest rates are now dirt cheap for government paper.   All this means that fiscal inflation is at best around two percent and that economic expansion is greater.  This increased demand for credit and makes incoming USA dollars more valuable to the banking system.

Better yet direct actions are also leading to the general elimination of poverty within the USA as well.  Thus the economic expansion is likely to much exceed that three percent mark.   Understand that given enough time that the average price of real estate in the USA will match that of Canada.  That will be a huge wealth gain for the USA middle class.

What i find most encouraging is that productivity is exploding and  supply is flooding the market in both consumer and capital goods.  The next four years we will see a complete rationalization of USA government spending as well.  This will produce vast surpluses and a general draw down of government debt as well.

Here is some typical punditry.

"This Is A Ticking Timebomb": Here's The Chart That Convinced Albert Edwards That Helicopter Money Is On Its Way

Two weeks ago, when looking at the latest CBO forecast which predicted that the cumulative US deficits would increase by $13.1 trillion over the next decade, we highlighted perhaps the most troubling chart in all of finance right now, namely the CBO's long-term forecast for US debt, which can be described in one word: exponential.

Commenting on this chart rather laconically, we said that "in other words, the MMT that will be launched after the next financial crisis, and which will see the Fed directly monetize US debt issuance from the Treasury until the dollar finally loses its reserve currency status, is now factored in."

Neither the chart, nor the comment was lost on SocGen's resident bear Albert Edwards, who after living through a harrowing earthquake during his vacation in Jamaica, chimed in on the chart above, writing in his latest Global Strategy Weekly that "this is a ticking timebomb and the chart... is screaming out for attention. The sources of this debt explosion are well known and documented with, for example, the unfunded liability of an aging population boosting Medicare expenses and the off-budget social security deficit spiralling upwards over the forecast period."

To underscore his Japanification thesis, Edwards also points to the chart below to the left, and observes that this will be "the first year in which the US cyclically adjusted primary deficit will have exceeded Japan’s since 1992, when Japan was beginning to suffer the serious fiscal impact from the bursting."

But, as Edwards notes, "it is the change in the cyclically adjusted primary deficit – which economists think measures the discretionary fiscal impulse – that slows or stimulates the economy (see right-hand chart above). The almost 1½% US fiscal stimulus a couple of years back has given way to a slight tightening of policy. Indeed, it is notable that in contrast to all the market chatter about fiscal expansion – and with central banks pressing governments to do more – all major countries are basically fiscally neutral this year. But fiscal neutrality won’t defuse the ticking government debt bomb of their 1980s bubble. This does indeed mark a new level of fiscal debauchery for the US."

So what to do? Below we present Edwards' thoughts on what comes next and, you guessed it, it involves MMT, i.e., helicopter money being used to thaw the ice age that over the past 30 years sent bond yields to never before seen lows:

... based on the fiscal projections from the CBO above, I expect the US will likely join Japan in giving up any serious attempt to reduce its government debt to GDP ratios back to the historically ‘normal’ levels. It simply ain’t going to happen. Does anyone seriously believe that any democratically elected government would be willing to raise taxes or cut government spending and future pension/health benefits in a bid to delay the fiscal timebomb? Of course they wouldn’t! And any government that attempts to do so will be hounded from office by an indignant public armed with pitchforks and much else besides.

The CBO chart above showing US federal debt spiralling exponentially out of control screams one indisputable outcome to me (and these sorts of charts are similar for most industrialised countries). Helicopter money is on its way. You can call it Modern Monetary Theory (MMT), you can call it ‘Fiscal and Monetary Co-operation’, or you can call it whatever you like, but there is only one realistic way out of this mess – and that is for governments to inflate away their debts. However, since much of these liabilities will rise with the CPI, like state pension benefits and healthcare, and cannot be inflated away, there will have to be more emphasis on deflating the liabilities that can actually be shrunk via rapid inflation.

Russell Napier reaches the same conclusion in his Macrovoices interview. Like him, I believe the regime change will be such a major event that it can only be implemented during a crisis – and for both of us, the next recession will be that crisis as it will be a deflationary bust! But my views are well known on that topic.

If this outlook of Russell’s and mine is correct, one other thing is likely: helicopter money, and it will be a very effective tool. Mainlining liquidity directly into the veins of the global economy will be much more effective in boosting GDP than QE, which has largely injected liquidity only into the veins of the financial markets. Helicopter money will work for Joe Sixpack much more effectively than it will for Mike Moneybags – and so it will be much more widely popular. And that is the problem. Once politicians have their hands on this policy tool, make no mistake, they will never ever hand it back to the Central Banks. And any policymaker that ever dares try to turn off the monetary taps would be well advised to read about the fate of Korekiyo Takahashi , Japan’s Finance Minister and former Governor of the Bank of Japan.

Takahashi, who is credited with pulling Japan out of the early 1930’s depression with extremely loose fiscal policy financed by helicopter money, is regarded as Japan’s Keynes link. He resisted fiscal tightening in 1935 as too early because of the continued fragility of the economy, but by 1936 with the economy having returned to full employment he set about turning off the fiscal and monetary taps and called the helicopters back to base.

As in all these things, the beneficiaries of super-loose fiscal and monetary largess were not happy when it looked as if the fiscal taps were about to be turned off. The Japanese military, who had been a major beneficiary of his fiscal spending, were especially miffed – so they had Finance Minister Takahashi assassinated.

As helicopter money becomes increasingly inevitable, the big news is that we are calling for the thawing of the Ice Age after the next recession – whenever that arrives. But a deflationary bust, which will take US 10y yields to around -1% (and 30y yields negative), will come first and enable this massive shift in policy to occur.

And within a few years I have not one scintilla of doubt that helicopter money will be so successful that CPI inflation will return like a long-lost relative. But, like a distant uncle we only see every now and again, we will have forgotten just how out-of-control he can become after a few drinks, and woe betide anyone who tries to stop him in his tracks, or in policy terms tries to stand down those confetti dropping helicopters.

Where will it all end? Albert leaves us with these thoughts from Cathy Buckle, reproduced in The Zimbabwean last week.

“This week our government got off the hook with regard to their obligation to pay doctors the same salary they were earning a year ago. Zimbabwean Strive Masiyiwa and his Higherlife Foundation has established a fund that will pay junior doctors US$300 a month for the next six months….

While this deal was being finalised our Supreme Court ruled this week that all debts incurred before February 22 last year will be settled in the local currency on a US$1 to Z$1 basis. The ruling was made by Chief Justice Luke Malaba, the same judge who ruled that Emmerson Mnangagwa had won Zimbabwe’s 2018 disputed, contested election.

In the week that Justice Malaba made the currency/debt ruling, the bank rate for US$1 was Z$17 and the black market rate was US$1 for Z$25. To put Justice Malaba’s ruling into context: if someone owed you US$100 in February 2019, they can now pay you back $100 Zimbabwe bond dollars which today is worth the equivalent of just US$4, not quite enough to buy three mangoes in the supermarket.

The Supreme Court ruling was made in response to an appeal over a US$3.8 million debt owed by Zambezi Gas to mining-related company NR Barber, which is now to be paid in Zimbabwe dollars that are worth only US$145 000.

Undoubtedly this ruling will mostly benefit the well connected and the political elite.”

A little words, but the point is simple, and just to summarize Edwards' take on what happens next, which is essentially a repeat of what we said both two weeks ago and what we have been saying for years now, the SocGen strategist is "now more convinced than ever before that the coming deflationary bust will take the US 30y yield below zero. I am also convinced that helicopter money will be the chosen way out of this deflationary quagmire, especially as it becomes increasingly clear that there is now no way left to reverse every government’s exploding fiscal liabilities. The Ice Age is nearing the end."
Posted by arclein at 12:00 AM