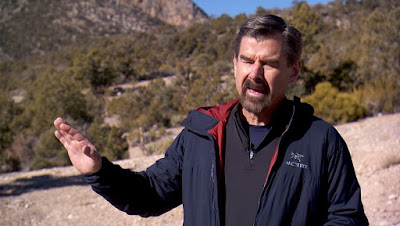 Dave reports here a circumstance in which two hikers opened up a short gap in their spacing while passing along a lake shore three miles short of a destination.  The follower disappears.  The leader goes through the expected reactions until moving quickly along the path.  After some distance he then ran into his follower who had thought that he was way ahead.  Passing was not even a remote possibility.


Space and Time were both violated!


My Cloud Cosmology informs us that we pass through time one page at a time.  This is important to properly understand.

What follows is that our own existence can readily vibrate back and forth between past and future.  That is why staying close is safest as you will share the other's vibrations as well.   What happened here is that the follower got out of sync because she wanted to catch up and go faster.  Likely she jumped a second forward and then simply walked past while he was stopped to look for her.  Later on she fell back into sync.

This is also an excellent ambush tool as well for a large smart predator..