Throw in global distribution and  food security is also massively improving.  As I have posted, the global land surface will be readily able to support a global population of 100 billion and do it all sustainably by deploying restorative agriculture in particular.

The Boreal forest covers 12,000,000 square kilometers.  Throw in a thousand foks per sq km and we jump to 12 billion folks, or twice the present global population.  Sounds difficult but imagine a four tower foot print taking up an acre or so for a complete living solution.  Then imagine a horizontal green house tower as well with a southern exposure along with geothermal heat support.  We are suddenly doing pretty good and we have not yet really touched the local biome.


There we can convert lakes into productive fisheries by an annual fall harvest and we can produce winter silage from cat tails to support Moose and deer husbandry as well.  The pine trees can be bred to produce large pine-nuts as well.  With a thousand folks available, this is the least that can get done there.

The future for global food is very bright.  Not least because we ask questions like this.  It can be done even in the Boreal Forest.  This is what is meant by Terra Forming Terra..  ..


The world population is growing at about 1.1% each year and world food production is increasing at a faster rate.

FAO’s latest forecast for 2019 world cereal production is pegged at an all-time high of 2.7 billion tonnes, up some 0.4 percent from the November figure and now almost 57 million tonnes (2.1 percent) above the reduced outturn in 2018. The month-on-month increase primarily reflects an upward revision of the world coarse grains production forecast, associated with higher-than-previously predicted yields in China (Mainland), the Russian Federation and Ukraine.

In 1996, World cereral production was 1.87 billion tonnes (including rice in milled equivalent), up 23 million tonnes from the end 1996 forecast and more than 8 percent above 1995’s reduced level. The ratio of end-of-season stocks to forecast consumption in 1997/98, although nearly reaching 16 percent, would still be below the 17 to 18 percent range that FAO considers the minimum necessary to safeguard world food security, according to the report from FAO’s Global Information and Early Warning System (GIEWS). 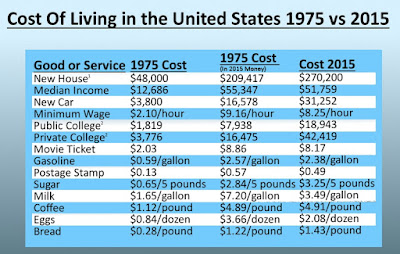 If we only were able to have food production keep pace with population growth from 1996 then we would have 2.48 billion tons of cereal production. There was an 8.8% increase in food levels compared to 1996.

At the current level, the forecast for world production of coarse grains stands at nearly 1 433 million tonnes, 1.7 percent (24.5 million tonnes) higher year-on-year and marginally short of the record high level registered in 2017.