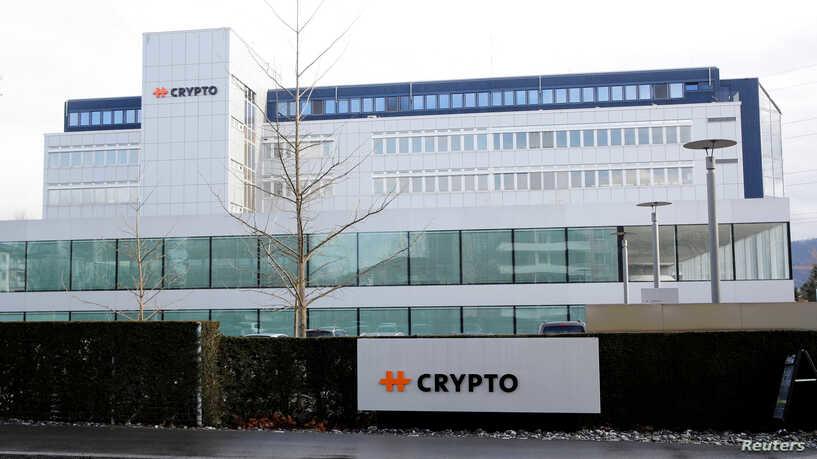 Makes sense of course.  The surprise would be if anyone actually believed the fiction.  After all, they still needed the hardware.

Just how was it all to be replaced?  Get it from China?

I learned a long time ago that when you have an ocean of data, even a computer can really not get on top of it all.  To originate a real target, you need a whistle blower. The real difference now is that you can go back over several years of data to ferret out a truth.  This is now a problem for the rich and powerful.
.

In a new bombshell report, The Washington Post reveals a massive covert operation which was 'hidden in plain sight' that seems straight out of Confessions of an Economic Hitman — it's yet more 'conspiracy theory' of the past now definitively proven conspiracy fact.

For the past decades, the CIA owned and operated a front company based in Switzerland for the purpose of spying on secret government communications across the globe, whether they were allies or adversaries. This according to newly unearthed 280-pages of an internal CIA history of the operation obtained by the Post along with Swiss public broadcaster SRF and German broadcaster ZDF.

Crypto AG, a Switzerland-based communications encryption firm, was secretly purchased by the CIA and West German intelligence services in 1971. The company not only made millions by selling encryption equipment to over 120 countries into the 21st century, but used the very same equipment to infiltrate each host country's communications in a 'Trojan Horse' style operation.

Among notable clients, the report lists Iran, India, Pakistan, Iraq, Nigeria, Saudi Arabia, Syria, and even the Vatican — all which were duped into purchasing the 'backdoor' spy hardware in a scenario which sounds a lot like what Washington is now accusing China's Huawei of doing. The global CIA surveillance operation was dubbed “Operation Rubicon”.

Ironically, while host governments thought Crypto AG's devices were securing messages users thought were encrypted, the reality was the opposite, and allowed the CIA to gather the most sensitive internal messages from governments across the world.

"It was the intelligence coup of the century," one CIA document obtained by the Post reads. And it continues:

"Foreign governments were paying good money to the U.S. and West Germany for the privilege of having their most secret communications read by at least two (and possibly as many as five or six) foreign countries."

As The Hill summarizes, US intelligence didn't have a mere indirect relationship with the company, but was directly overseeing the day-to-day at every level:

The CIA and NSA took complete control once the Germans pulled out of the program in the 1990's, reportedly over concerns risk of exposure was too great.

Only a handful of close US allies knew about the program and were reportedly on occasion given access to its intelligence haul, including the UK, Israel, Sweden, and officially neutral Switzerland.

The Washington Post also called the highly classified program the “most closely guarded secrets of the Cold War” — and it ultimately continued all the way to 2018. Neither the CIA nor the German BND have yet to comment on the revelation..
Unsurprisingly, there were allegations going decades back that the Swiss-based company was actually a CIA front. It was first reported in 1992 by Germany's Focus magazine, which had been established as an alternative to the more established Spiegel weekly news magazine.

Predictably, the report which originated at the time in independent media was immediately slammed as “unbelievable conspiracy theory” — as is detailed in the following astounding summary of recent history:

The reports cite a classified CIA history to underpin the allegations, some of which date back at least to 1992, when one of Crypto’s employees was arrested and held in Iran for nine months as a suspected spy.


At the time, the company called reports that it was a secret asset of Western intelligence agencies “an unbelievable conspiracy theory,” according to a report in German magazine Focus detailing a 1994 book on the subject.

Crypto AG bills itself as "the preferred security partner for civilian and military authorities worldwide." The company further describes of its products: "The Crypto AG encryption solution is used primarily by the military, governments or organizations that need swift, secure and easily-deployable communications solutions when conventional forms of communications are not accessible."


But again, those once at the forefront of uncovering the truth and who were quickly dismissed as quacks at the time are now vindicated by the smoking gun internal CIA documents themselves.
Immediately after the WaPo and Swiss SRF and German ZDF broadcaster reports were published on Tuesday, the Swiss government said it is opening a formal investigation into Crypto AG.