Jordan Peterson's year of 'absolute hell': Professor forced to retreat from public life because of addiction 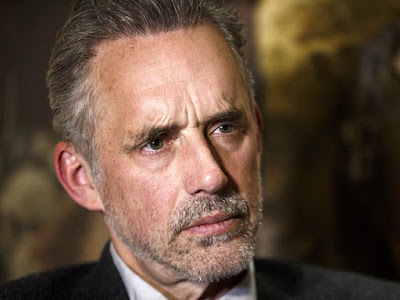 Crap.  Read this to understand how a progressive drug almost destroyed this man.  He will be back but he has been damaged.


An industry that continues to dump drugs on top of drugs for a clearly failing protocol is completely sick.  Yet the mental issues ultimately seem to demand a pill.  Yet i do think that the first protocol applied needs to be meditation training at the least.  Then perhaps applying CBDS to attempt to deal with issues.

Any drug with an addictive protocol needs to be avoided totally and used only as a last choice in the face of real need.  As when we use morphine for surgery. .

Jordan Peterson's year of 'absolute hell': Professor forced to retreat from public life because of addiction

The controversial author and professor is recovering from addiction to tranquilizers and near-death in Russia, his family says

Jordan Peterson is recovering from a severe addiction to benzodiazepine tranquilizers and was recently near death in an induced coma, his daughter Mikhaila said.

He is being treated at a clinic in Russia after being repeatedly misdiagnosed at several hospitals in North America, she said.

The University of Toronto psychologist who became an intellectual hero to a global audience by aligning self-help theory with anti-progressive politics was first prescribed the medication a few years ago to treat anxiety after what Mikhaila described as an autoimmune reaction to food. His physical dependence on it became apparent to his family last April, when his wife Tammy was diagnosed with cancer.

The last year, which saw him retreat from public life after swiftly becoming one of the most famous authors in the world, has been an “absolute hell,” said Mikhaila, also a well known speaker on diet, who advocates eating only beef.

In November, he went to a rehabilitation centre in New York. He has previously discussed his long history of depression.

Jordan Peterson writes a column for the National Post, most recently in November.

His conditions worsened through the winter, Mikhaila said. He was driven to thoughts of suicide by a movement disorder called akathisia, a well known side effect of various drugs for mental illnesses. It is a sense of restlessness and an inability to sit still.

“It became apparent that he was experiencing a paradoxical reaction to the medication, meaning the benzos did the opposite of what they’re supposed to do. These reactions are rare but are not unheard of,” Mikhaila said in the script for a video shared with the National Post.

She said the family sought alternative treatment in Russia because they found North American hospitals had misdiagnosed him, and were prescribing “more medications to cover the response he was experiencing from the benzodiazepines,” Mikhaila said. “He nearly died several times.”

She and her husband took him to Moscow last month, where he was diagnosed with pneumonia and put into an induced coma for eight days. She said his withdrawal was “horrific,” worse than anything she had ever heard about. She said Russian doctors are not influenced by pharmaceutical companies to treat the side-effects of one drug with more drugs, and that they “have the guts to medically detox someone from benzodiazepines.”

Jordan Peterson has only just come out of an intensive care unit, Mikhaila said. He has neurological damage, and a long way to go to full recovery. He is taking anti-seizure medication and cannot type or walk unaided, but is “on the mend” and his sense of humour has returned.

“He’s smiling again for the first time in months,” she said.