Coronavirus “bioweapon” might have been a Chinese vaccine experiment gone wrong 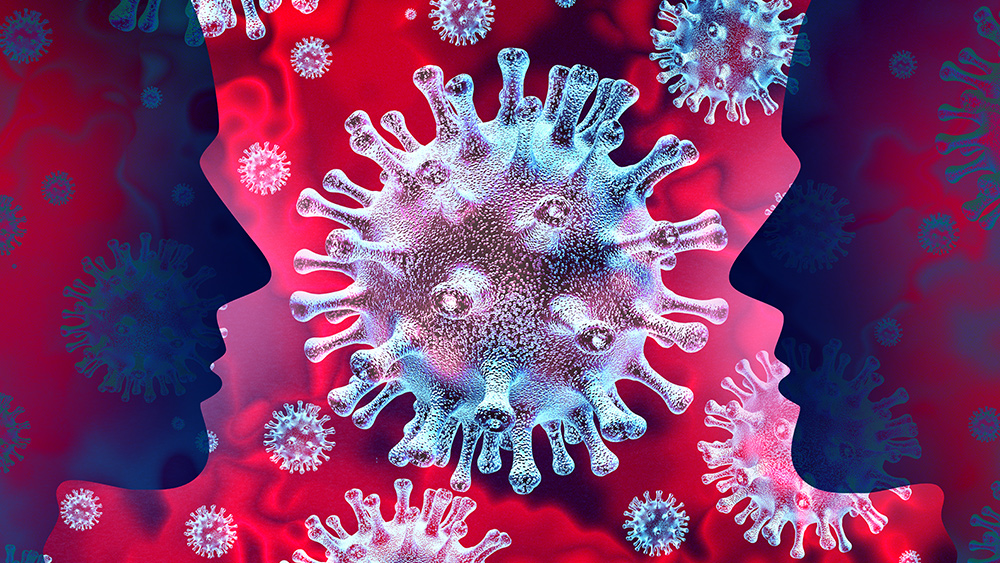 The narrative out there is that a weapons lab was created in Wuhan around three years ago.  Then the key components were stole from a Canadian Lab during the past two years.  Now people are dying.

They are dying from pneumonia which is still an excess of fluid in the lungs.
None of the information out there is verifiable at all.   What we do know is that it is highly infectious and airborne.  Worse than all that is that it has a high multiplayer effect.  This means that folks are incubating everywhere right now.
Of course we have little available to actually test for all this as well.  It is a real flu without a vaccine available which by the way should tell you how useless those flu shots really are.
.


(Natural News) Two days ago, a paper published in the Biorxiv.org journal presented findings that indicated the coronavirus appeared to be engineered with “key structural proteins” of HIV. The paper, entitled, “Uncanny similarity of unique inserts in the 2019-nCoV spike protein to HIV-1 gp120


and Gag,” concluded that the engineering of coronavirus with such gene sequences was “unlikely to be fortuitous in nature,” providing strong scientific support for the theory that the coronavirus is an engineered bioweapon that escaped laboratory containment in China.

The coverage of this paper by Zero Hedge led to a firestorm of denials by governments, health authorities and the CIA-controlled media, not surprisingly. Any suggestion that the coronavirus was engineered as a bioweapon had to be immediately eliminated. The prevailing panic by the establishment sought to blame this outbreak on Mother Nature — i.e. bats, snakes, seafood, etc. — rather than the human beings who are playing around with deadly biological weapons that are designed to extinguish human life.

Within hours, Twitter slapped down a permanent ban on Zero Hedge, making sure the independent publisher could no longer reach its Twitter audience. After all, the first casualty in any pandemic is the truth, and Jack Dorsey is not only an enabler of pedophiles and child rapists, he’s also an authoritarian tyrant who wants to make sure the public is completely isolated from any “non official” reports about this pandemic. (Jack Dorsey has sided with communist China, in other words. Is anyone surprised?)

Under the intense pressure, the authors of the original paper have now withdrawn the paper and intend to revise it. The publication that originally carried the paper now has a warning message stating, “This article has been withdrawn. Click here for details.” (See original source link here.)

In addition, the publisher has posted a message warning that all the science papers it posts as “preliminary reports” that “should not be regarded as conclusive,” especially when the science establishment is panicked that its official narratives might be crumbling by the hour. 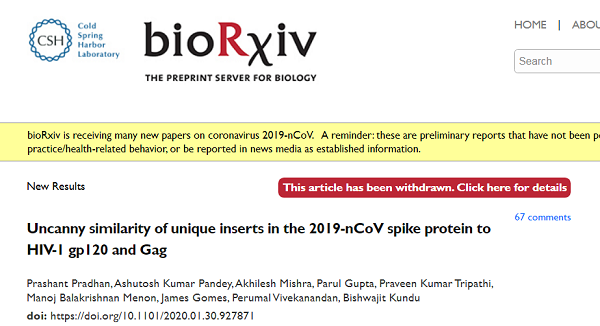 No doubt the authors of this particular paper have been sufficiently threatened to revise their conclusions, and an update of their original paper will soon be posted that effectively denounces everything they stated in the original paper. The criminal wing of the science establishment strikes again, of course, and this tactic of threatening scientists with loss of funding, being blacklisted or even physically threatened and killed is not unusual at all. The CDC, NIH and even the EPA have long histories of threatening scientists with being harmed or killed if they don’t fall in line with the prevailing lies of the establishment. In some cases, they’ve even imprisoned scientists for fraud after those individuals refused to retract their papers. This has been especially common in research areas such as HIV / AIDS, pandemics and vaccines. Any scientist who finds fault with the establishment is destroyed, imprisoned or murdered.

In fact, I’ve interviewed one of the science victims of this, named Judy Mikovits, PhD. Watch my full interview here, but keep reading below first, because there’s a lot more to this story that will shock you:

Now, stunning new evidence has emerged that proves the coronavirus was definitely engineered in a laboratory and may have been deliberately injected into patients as part of a Chinese vaccine experiment gone wrong.

As detailed by James Lyons-Weiler, PhD, founder of the Institute for Pure and Applied Knowledge and author of 57 peer-reviewed publications, an analysis of the gene sequence for the coronavirus finds a peculiar sequence called “pShuttle-SN.” This sequence is is the remnant of a genetic engineering sequence that’s used to insert genes into viruses and bacteria. It provides irrefutable “open source” proof that the coronavirus now circulating in the wild was engineered in a laboratory. Every lab that has the gene sequence can see this for themselves. It’s right out in the open, which is why we describe this revelation as “open source.”

“One thing we can say for certain is that this particular virus has a laboratory origin,” states Lyons-Weiler in a bombshell interview with Del Bigtree of The Highwire (see video below, via Brighteon.com, since the video would be banned everywhere else).

This genomic evidence does not, however, prove whether it was produced as a bioweapon or as a vaccine experiment. It could be either one, according to Lyons-Weiler:

In fact, if you then take that sequence and compare it to other proteins, we find that it’s actually a SARS protein that was put into a coronavirus for the purpose of making the vaccine work better. That’s why this element is in there, to create a more reactogenic vaccine.

There’s bombshell after bombshell in this interview, especially at the 27:59 and 33:57 marks. Watch it exclusively at Brighteon.com, given that this information is of course being banned everywhere else by the anti-human tech giants, all of which are now siding with communist China to cover up the truth:


If it was a vaccine experiment gone wrong, then the world is in real trouble, warns analyst

Why does it matter whether the origin was a Chinese vaccine experiment vs. a bioweapon? As previous research has revealed, when these SARS insertions into the coronavirus are introduced into animal as part of a vaccine, they create heightened fatalities when patients are exposed to other coronavirus strains.

In effect, being vaccinated with this particular strain of coronavirus causes individuals to be more easily killed by the common cold and other non-pandemic coronavirus strains that are circulating in the wild.

This is confirmed in the following science paper published in the PLoS ONE science journal: Immunization with SARS Coronavirus Vaccines Leads to Pulmonary Immunopathology on Challenge with the SARS Virus.
Posted by arclein at 12:00 AM