As China Grinds To A Halt, Firms Can No Longer Afford To Pay Workers 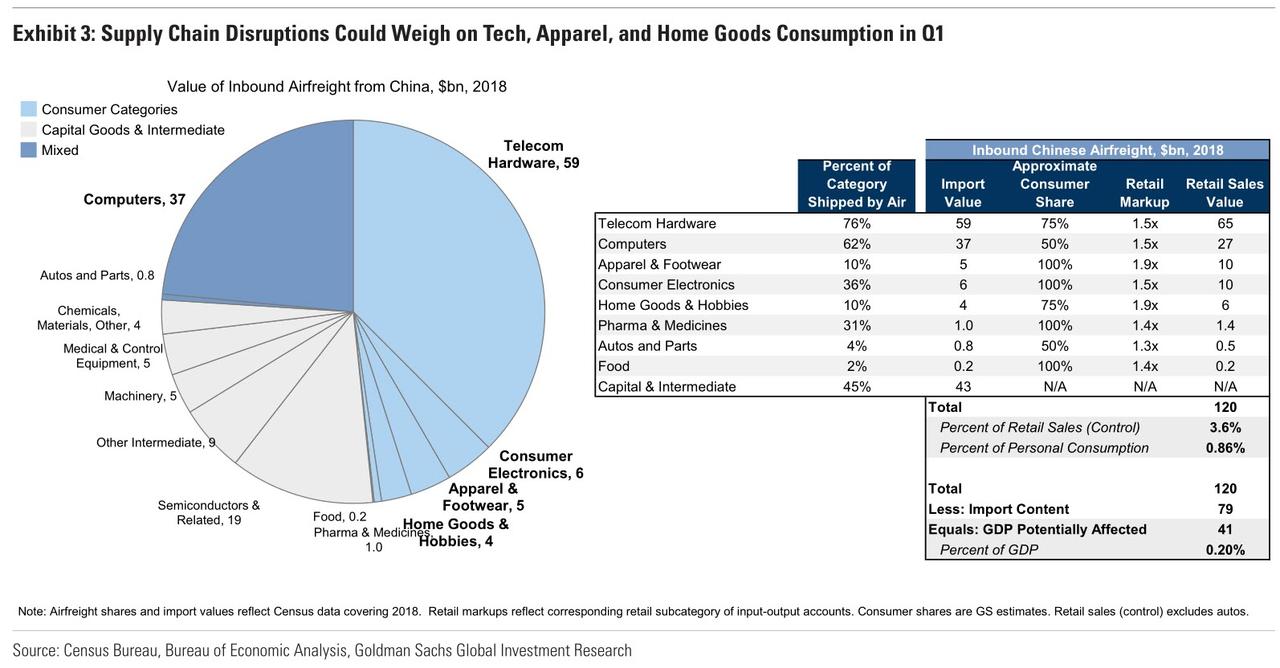 What we have here is a perfect storm in which a weakened and deeply extended credit system suddenly is stopped however temporarily.  If those numbers are real and I do not think that they are, this cannot be sustained and that is why the government is now forcing folks back to work.

The best information tells us that we will all become exposed and that four out of five will have a mild event.  The actual death rate appears appears to be around two per hundred and mostly with compromised elders or over exposed medical staff.   We can expect to generally function with that .


As China Grinds To A Halt, Firms Can No Longer Afford To Pay Workers

With every passing day that its economic disintegration is not reversed, China inches closer to what may be a very violent tipping point, one which sets billions of angry, starving, broke and quarantined citizens against the communist party oligarchy.

As China's economic output remains literally frozen, a new report suggests that many Chinese companies - which never factored for this type of calamity - don't have enough capital to cover wages, or have delayed or stopped paying workers, suggesting that the Covid-19 outbreak has left businesses on the brink of disaster.

While Beijing has been scrambling to give the impression that its economy is back up and running (miraculously without any electricity or pollution), China's lack of workers - most of whom are holed up in their houses until the pandemic passes - has made factory restarts impossible. Worse, workers can't freely move around the country, and many are subjected to travel restrictions and quarantines, said Shanghai's American Chamber of Commerce on Monday.

The second problem, now outlined by Bloomberg, is that companies which do restart production don't have enough money to cover labor expenses, to wit: "across china, companies are telling workers that there's no money for them -- or that they shouldn't have to pay full salaries to quarantined employees who don't come to work."

This is creating a perfect storm that could lead to an extended period of depressed factory output, triggering future shortages of products destined for Eastern and Western markets, and even more ripples across global supply chains.

Chinese recruitment website Zhaopin surveyed 9,500 workers in China. At least a third of respondents said they were aware of lost wages or companies not paying workers.

"A week of unpaid leave is very painful,” said Jason Lam, 32, who was furloughed from his job as a chef in a high-end restaurant in Hong Kong’s Tsim Sha Tsui neighborhood. "I don’t have enough income to cover my spending this month."

The problem isn't just leading to a delayed return of production for many companies, like Apple, who announced Monday evening that it does "not expect to meet the revenue guidance" because of the virus outbreak has shuttered many of its factories – but the consumer base in the world's second-largest economy could soon be paralyzed as lost wages will deter hundreds of millions of people from buying products, like Apple iPhones, Tesla cars, or KFC chicken. 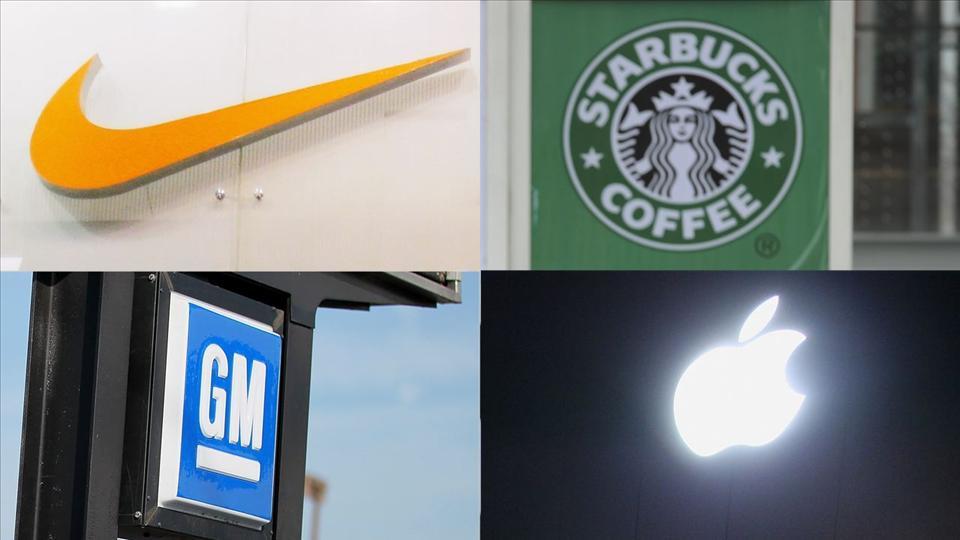 So, the story isn't just about a supply chain "shock" that could tilt the global economy into a recession, but also a consumption "shock" that will force many US companies that sell products in China to revise their full-year earnings forecast.

Edgar Choi, host of a legal-advice account on WeChat, said companies have to comply with a full pay cycle in February before cutting wages to the minimum. Companies that can't cover labor expenses this month would delay salaries until operations return to more normal conditions, at which time workers will then be paid back wages.

The question is when does that happen.

Choi said he'd heard reports where foreign workers have had their pay reduced by over 50% or halted altogether. "A lot of these employees are foreigners, they don't know Chinese," he said. "Whatever their boss tells them, that's it. It's easy for them to get bullied." Bloomberg noted that Foxconn, the main assembler of iPhones, had cut workers' pay by one-third as production output remains at ultra-low levels, and where production woes could persist for months. Meanwhile, electric car-maker Nio based in Shanghai, recently delayed paychecks by a week. The company’s chairman William Li also encouraged employees to accept restricted stock units in lieu of a cash bonus.


To Pei Binfeng, co-founder of the Hangzhou coding and robotics academy, the outbreak has forced a suspension of all in-person classes for students in kindergarten through grade 12. With the loss of revenue, the company will withhold 50% of salary for key executives and 30% for other employees until business resumes: "What we teach isn’t a must-have for a lot of parents, so expenses like this are usually the first to go when things get tough," said Pei.

Meanwhile, in Fuzhou, hotel manager Robert Zhang said all but two or three of his 100 rooms are vacant on average nights, which means that two-thirds of the employees are effectively on furlough, getting some salary but not as much as they’re used to: "When there’s no business, there’s no performance-based salary,” he said. "For a month or two, the impact isn’t immediately obvious. But if the epidemic lasts and tourism doesn’t recover for three to four months, our employees will feel the crunch."

Putting it all together, China's economy has ground to a halt, people are furious at the propaganda that all is well as over 760 million people are living under some sort of quarantine, food prices are soaring as domestic supply chains collapse, and now, employees aren't getting paid: arguably the perfect recipe for a violent revolution. 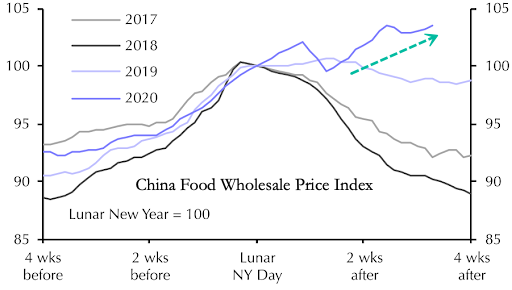 As for China scrambling ruling party, it has just one task: prevent a revolution that will unravel the socio-economic fabric of Chinese society, and put the billionaire rulers of China in prison. Good luck.
Posted by arclein at 12:00 AM